Andrew Bolt: Damned as the Devil

Ever wondered how it would feel to have a pack of journalists write about you? Especially one drooling to see in you the very worst? I thought it would hurt a lot more. Sure, it’s bad at first, but there comes a point when the hypocrisy, malice and sheer invention become so bizarre — especially from some members of the Leftist “elite” media — that you have to laugh.

For me, that point came five days after being found to have breached the Racial Vilification Act for writing about fair-skinned Aborigines, by which time I’d read that I was actually a “Lying Dutchman” (Sydney Morning Herald) from the “outback” (The Monthly) of a country I’d never written about “with passion” (The Age), since I was confused about my identity and clung to “an archaic notion of European culture” (The Age).

I’d read that it was “the neo-Calvinist faith instilled by (my) Dutch father” (Crikey) which made me obsessed with the purity of the “Master Race” (The Age) and convinced that Aborigines were an “inferior race” which got “too much support” (The Age).

By Monday I’d even acquired a “former fiancée” (The Monthly) to explain how I changed from the “‘introverted, restless, romantic’, with strong ethics” she’d reportedly known into this thing with dreadful views I never knew I had. Naturally, I blamed my wife for this transformation — from a Byronic figure into a “serpent” (The Age) and “egomaniacal lackwit” with a “soft, white, privileged a— “ (Brisbane Times) who “prefers his darkies dark” (SMH) – but oddly enough she wasn’t in a laughing mood.

Trying hard to see the upside, I boasted to my eldest son, a Mad Men fan, that at least I was now a man with a Hidden Past, the Don Draper of journalism, but he just smirked and said nothing would convince him I wasn’t boring. I then rang Dad to blame him for having preached into me these racist notions during my most formative years (which I’d falsely imagined were spent in suburban Elizabeth and Darwin), but he just laughed, before asking why I’d never told him I’d been engaged before.

Quadrant‘s Michael Connor on the Bolt case: Anita Heiss: Where I Began…
The White Aborigines Trial and Where is Justice

Quadrant has been entirely de-funded by the Australia Council while favoured leftist publications have been given healthy financial boosts.
One hates to rattle the cup, but we need your help: please donate and/or subscribe
_____________________________

I accused him in turn of pretending to me for decades that he was an agnostic refugee from the Uniting Church, when I’d read in Crikey he was actually a Calvinist bigot whose faith’s “obsessions with purity … rolled over into racial terms when the Dutch acquired empires”. Dad just laughed again, and suddenly it all became clear.

In a media-pack attack like this, driven so much by ideology, the target of all this superheated venting just vanishes. I’ve been replaced by a make-believe monster so cartoonish that no one of sense could possibly believe it. So, readers, if one day you find yourself in my position, remember these words and take comfort from One Who Knows.

I unwillingly became that One because last week a judge found I breached the Racial Discrimination Act for what I wrote — and how — about Aborigines of fair skin. I’d said such Aborigines could also choose to identify with other parts of their ancestry or heritage, as well as their Aboriginal one. Or they could simply call themselves human beings, race irrelevant, which was my preference.

I’d stupidly imagined this was a stirring appeal to look beyond the differences of “race”, but Justice Mordecai Bromberg of the Federal Court has ruled that such arguments, in the way that I put them, are against the “values” of the RDA, since “people should be free to fully identify with their race without fear of public disdain or loss of esteem”. Moreover, he ruled, it was factual error to claim that any of the nine “fair-skinned” Aborigines who took me to court had a choice in how they identified themselves — and this included the woman whose own sister did not identify as Aboriginal.

Now, normally you’d expect journalists to unite in defending our right to debate such matters — or almost anything touching on important social or political issues. But the temptation to whack a conservative foe proved too tempting. The Age spoke for many commentators within Fairfax and the ABC by insisting this ruling was not a blow against free speech, but just against my “sloppy journalism”.

Hadn’t the judge said exactly that? Hadn’t I lost my defence of fair comment in part because his Honour found I’d included “untruthful facts”?

The Age, in its editorial justifying this decision, identified just one of those errors – the one routinely used by my critics to claim all my pieces on “fair-skinned Aborigines” can be dismissed as “racist garbage” (SMH).

As The Age put it: “The European ancestry (Bolt) supplied for them was sometimes wildly off the mark: for example, he wrote that Aboriginal lawyer and academic Larissa Behrendt looked as German as her father — yet her father was Aboriginal and dark-skinned.”

I did indeed make a mistake to say Paul Behrendt was German. But does that really destroy my argument? 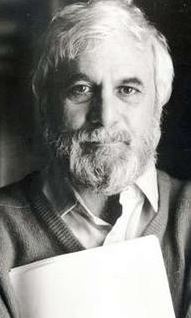 Unfortunately, the judgment against me suggests it may be against the law for me to argue that it does not. For one, the judge ruled that Paul Behrendt, whose own father came from Europe and whose mother died when he was just four, was actually an “Aboriginal” with “dark” skin, so it would be dangerous to debate these points with The Age. All I dare do is urge you to do a Google search for the obituary the SMH published on [Paul] Behrendt’s death. Also check the picture (left).

I won’t pretend that’s the only mistake the judge identified in my work.

“Mr Bolt wrote that Ms Cole was raised by her English-Jewish or English mother …That statement is factually inaccurate because Ms Cole’s Aboriginal grandmother also raised Ms Cole and was highly influential in Ms Cole’s identification as an Aboriginal.”

Again, I do not dare argue against this finding or about its significance. All I suggest is that you Google search “Andrew Bolt on Trial: Bunjilaka” for the video Cole made with Melbourne Museum, showing her grandmother — and in the privacy of your own home reach your own 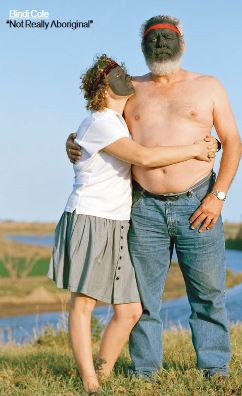 But the judge found one more problem with the way I wrote about these fair-skinned Aboriginal lawyers, academics, authors and former bureaucrats. I’d also used “sarcasm and mockery” and been “offensive”, and that, with my opinions and “untruthful facts” is why my articles were unlawful. That sarcasm and mockery led a former Age editor and now journalism academic to declare that for this alone he’d have never run my articles.

But I wonder, if sarcasm, mockery and errors are crimes, how many dozens of the journalists writing about me this past week should be in the dock, too? There’s even racist abuse there, such as “Lying Dutchman”.

Don’t these geese realise this is about their free speech, too, as they gloat around my scaffold?

Andrew Bolt penned this column in 2011, shortly after the Bromberg ruling was handed down. Links and photos have been added to the excerpt, which is taken from the just-released collection of his columns, Worth Fighting For, which can be purchased here