Having stopped the boats as promised, Tony Abbott, of all people, should know that the humane way to treat economic migrants isn’t to incentivise their perilous seafaring to the West. Economic migrants, not refugees, is exactly what the tragically famous Kurdi family were before their father’s quest to enjoy the benefits of Germany’s state-funded dentistry saw his wife and two children drown. As Cory Bernardi said in the Senate:

That boy and his family had lived in Turkey for three years. The money for that boy’s father to pay the people smugglers was sent from Canada. The father sent them on that boat so the father could get dental treatment. They were in no fear, they were in no persecution and they were in no danger in Turkey.

And he’s right. Politicians shouldn’t be making immigration policy decisions based on how bad a photograph made them feel, heartbreaking as that harrowing image is. When the popular narrative is as grossly inaccurate as that surrounding the tragic death of little Aylan Kurdi, our political class is obliged to take a deep breath, let the hype die down and remember its core principles of consistency and fairness.

Predictably, Bernardi was immediately scorned for attempting to douse the media’s frenzy with a jet of cold reality. That’s fine: Cory’s used to it. The sad thing is that he is also going to take flak from some elements within his own party for invoking one of the key elements behind Operation Sovereign Borders and its success — the moral imperative to help those who most need it. It is a very long list and economic migrants who abandon safety, if not comfort, in pursuit of a better life are near the bottom. Those of Bernardi’s colleagues who now beg to differ, both in private or to the press, will be taking issue with their own party’s truly humane, truly effective approach to migrants. Quite incredible, really. 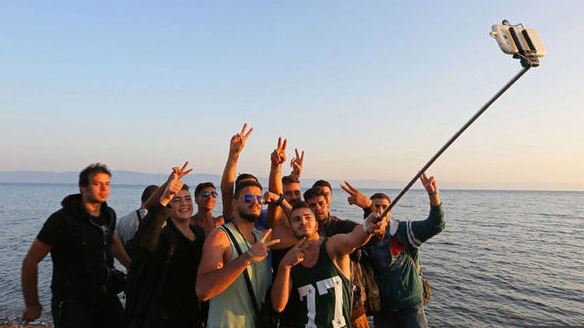 To be fair, the Left’s Kumbayah campfire must seem to some very comforting and enticing when viewed from the chilling darkness of the latest poll numbers. Why not make an exception this time, enjoy the warm glow of compassionista approval? No politician ever lost votes by saving a drowning child. Of course the legions now flooding into Europe are not compromised of three-year-olds. Even though news editors seem to favour shots of women and children, much of the raw footage shows a hugely disproportionate number of young and often angry men.

None of this is to say that taking more refugees is wrong. On the contrary, many conservatives sympathetic to the PM have long called on the government to favour Christians and other minorities, whose lot has never been easy but who now face unspeakable persecution at the hands of ISIS. Bashar al-Assad, for all his other faults, took a remarkably liberal attitude toward Syrian Christians. Driven from their homes, they are unlikely to find such tolerance in other parts of the Middle East. Kudos to those in government who understand that even among the huddled masses, some are more miserable than others.

The Australian people deserve to know that, regardless of the wisdom and compassion of this particular decision, the Coalition won’t make a habit of re-orienting policy on the basis of social-media hype. They really are obliged to lay out their thinking this time, to explain why former priorities in accepting refugees were empirically wrong and needed an overhaul. And they absolutely can’t take the cane to those who, like Bernardi, feel the new direction is ill-advised and refuse to join the Twitterati in rending their garments. When policy is being re-written in the ink of emotion, Bernardi’s honesty needs to be seconded, not assailed.