Does Edmund Burke have anything to say to the modern world? Born in Dublin in 1729, he died at Beaconsfield, his debt-laden property in England, on the July 9, 1797. He was without personal scandal, a devoted family man, and a member of the House of Commons for nearly thirty years. His debts were constant and only relieved by aristocratic patrons whose generosity was not unexpectedly exploited by his enemies.  His bequest to prosperity was never to be material. He left behind a voluminous literature in the form of books, pamphlets, speeches and letters. His mind was wide-ranging and his reading voracious. As editor of the Annual Register, he wrote commentaries on the major intellectual works of the period.

Most of his writing, however, concentrated on the political events of the age, in which he took a leading, sometimes determining, role. They included the American and French revolutions. In the debates about those events, he found it necessary to go behind the action to deal with fundamental philosophical questions and propose analyses, most of which remain worthy of study. His insights on politics and the role of politicians are as fresh today as when he put them to paper more than 200 years ago.

He is often acclaimed as the father of modern conservatism. This is largely due to his views on the prescriptive nature of tradition, custom and convention in a healthy, functioning society. It is true that he placed crucial importance on not interfering with social and political arrangements that had passed the test of time. Without further explanation, however, the title of conservative can be misleading. He was not a straightforward traditionalist, one resistant to rational change. Indeed, he said that the ability and willingness to change – change consistent with continuity – ensured a society’s conservation. 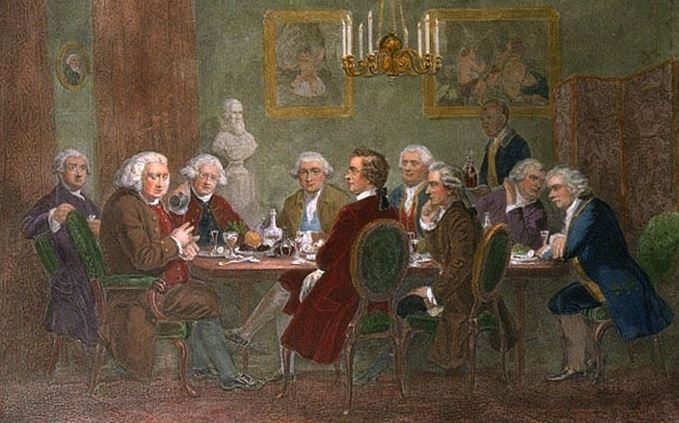 On America, he was the mouthpiece of the Whigs, the forerunners of liberal parties, defending the Americans colonists against the British government’s abuse of power. For this reason he was at the time cast as what we today would call a liberal. His views on economics were aligned with those of Adam Smith, who said that Burke was ‘the only man I ever knew who thinks on economic subjects exactly as I do, without any previous communications having passed between us.’ Burke was a proponent of parliamentary reform and introduced ideas about party in politics that prevail today. In many respects, he was a reforming politician.

When he denounced the actions of the French revolutionaries, however, some of his Whig confreres variously accused him of betrayal and inconsistency. Others branded him of being a lackey to the aristocratic class. But all charges of inconsistency were based on a failure to get to the fundamentals of Burke’s thinking. A deeper examination of his thought would reveal an astonishing consistency through all his writings.

The Edmund Burke Club is organizing its first conference on the life and thought of its inspiration on Saturday,  February 28, at LaTrobe University in Melbourne. Follow this link for further information

Burke was born into a world of feverish intellectual activity. He was exposed to the foremost Enlightenment thinkers’ writings on reason, knowledge and metaphysics. He showed in his earliest writings that he was already reflecting on the function of reason. Revealing was a comment in an early essay that ‘there is some general principle operating to produce customs, that is a more sure guide than our theories.’ This idea would be developed and refined. In political and social matters, he would reject as inadequate a reasoning process that was purely mathematical. Political reason was more than a rigid and abstract linear process. As a thinking human person moral feeling was also engaged.

He conceived political issues as choices between good and evil, rather than between the truth and falsehood of a social or political theory. The policy-maker had to do with a desired good that was concrete, practicable, complex and imperfect. Perfectibility was not achievable whether it concerned a particular issue or society in general. Society and its particular issues were many-sided. Prudence, which in Burke’s terms was the sorting of multifarious circumstances against the background of unchangeable principles, must always be applied.

This conception of political reason takes us further back in Burke’s thinking. Presupposed is an idea of what it means to be a human person possessed of reason and what it means to be a people. He strenuously rejected Thomas Paine’s idea of the ‘state of nature’ which laid the foundations for Paine’s radical concept of freedom and equality and a society built on it. Society, Burke said, was not a coming together of independent equal individuals wandering loose in nature, as Paine proposed. Natural society was already a community — a community in constant adjustment. An individual finds his individuality in that community. Indeed, a community is necessary for the development and deployment of the essential feature of the human person: reason. But it was reason functioning as moral discernment in an intelligible ordered world.

A person is born into a society even if it is the elemental family of mother and father and children. Moral and civil relations in the form of traditions, customs and law already exist. The greater the community, the more entwined those relations and the laws governing those relations are. A moral sense is there at the beginning distinguishing between the good that is to be sought and the evil that is to be avoided. A functioning natural society has thus an order that is both administrative and moral. Members have an objective obligation to safeguard those relations and to make only beneficial changes. Burke’s idea of taking human nature as the starting point of moral and political reflection is contained this often quoted passage from Observations of the Late Publication, intitled The Present State of the Nation (1769):

‘Whether all this can be reconciled in legal speculation, is a matter of no consequence. It is reconciled in policy: and politics ought to be adjusted, not to human reasonings, but to human nature; of which the reason is but a part, and by no means the greatest part…’

Societies formed in accordance with man’s nature and the nature of the world are vulnerable to assault from many directions. In the above case of alleged inconsistency, Burke saw the Crown’s abuse of power harming British society, and he saw the unbridled power of the many destroying France’s social foundations. Assaults could come from the bottom as well as from the top. Social equipoise was his aim. In his words, he wished ‘to preserve consistency, but he would preserve consistency by varying his means to secure the unity of his end, and, when the equipoise of the vessel in which he sails may be endangered by overloading it upon one side, [he] is desirous of carrying the small weight of his reasons to that which may preserve its equipoise.’

There is far more to Burke’s thinking, of course, but enough has been said to show that Burke’s conception of reason and human society provides intellectual tools to meet the radical political theories that are undermining the polities of the West.  The coming conference on Edmund Burke, to be held at La Trobe University on February 28, 2015, aims to explore these ideas in more depth.

Gerard Wilson is the president of Edmund Burke’s Club (Aust)