Observed in the Breach

The Australian Broadcasting Corporation’s charter is an infuriating document, vague where not given to motherhood statements. Still, there are some quite specific requirements of which the national broadcaster would seem to be in breach.

The charter can be read in full here. But just for fun, contrast what one key section requires (reproduced below in red) with what is actually being delivered:

Charter of the Corporation

(1)  The functions of the Corporation are: 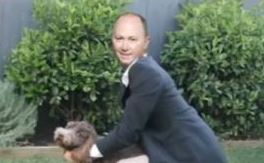 …as part of the Australian broadcasting system consisting of national, commercial and community sectors and, without limiting the generality of the foregoing, to provide:

(i)  broadcasting programs that contribute to a sense of national identity and inform and entertain, and reflect the cultural diversity of, the Australian community;xd

“Where the ABC’s critics have a point is in their allegation that the national broadcaster tends towards monoculture, that its factual programming is too often produced from a predictably common stance of assumed progressivism. It would be remarkable if it were otherwise.

The corporation is largely staffed by the children of politically aware people who sent their families to university and, quite naturally, passed on many of their opinions on social and political issues. Those children, once they’d gained their qualifications, were understandably keen to seek employment within media institutions whose output they largely admired: ABC TV and radio, and the Fairfax press.”

Yes, indeed! The ABC provides quite the education, especially when the topic is climate change, as Four Corners’ Marian Wilkinson demonstrated with her report on the “melting Arctic icecap ” in 2008:

So not only do I see the change happening, but it’s like they’re moving the goal posts towards me and it’s an amazing thing. And to put it in context, the Arctic Ocean has not been seasonably clear of ice for a couple of million years at least, maybe longer. So this is very extraordinary.”

Thoroughly persuaded and not having bothered to seek a counter point of view, Wilkinson concluded her broadcast with an editorial – all in the name of “education”, of course:

“… the great sea ice is disappearing faster than all predictions. It will change the planet irrevocably. Not only are we partly to blame, but we are continuing to push the Arctic towards its tipping point.”

(b)  to transmit to countries outside Australia broadcasting programs of news, current affairs, entertainment and cultural enrichment that will:

(i)  encourage awareness of Australia and an international understanding of Australian attitudes on world affairs; and

How much “awareness” of “Australian attitudes” does Radio Australia promote by broadcasting to the world newly installed Senator Nova Peris’ fervent belief that racism is an integral strand of the national character?

“You only have to look around the Northern Territory, and there is a lot of injustice at the moment, with the high imprisonment rates, our housing, our health.”

Then there is the kind of “awareness” promoted by the Australia Network:

(ii)  enable Australian citizens living or travelling outside Australia to obtain information about Australian affairs and Australian attitudes on world affairs; and

It would have been rather difficult for expatriates to keep up with, say, the Gillard/AWU scandal, as a search of Radio National’s archive turns up just four stories about the affair – all, by the way, seemingly prepared to take the then-PM’s denials of wrongdoing at face value. This entry in the ledger is typical:

(c)  to encourage and promote the musical, dramatic and other performing arts in Australia.

Ah, music! Like this little number from Hungry Beast, for instance, which hits the ABC’s daily double – strident advocacy of climate-change alarmism and gratuitous obscenity:

Who knew lines like “sucking d*** in Copenhagen” promoted “the musical, dramatic and other performing arts”?

(2)  In the provision by the Corporation of its broadcasting services within Australia:

In launching its very own fact-check unit, headed by Virginia Trioli’s husband, Russell Skelton, did the ABC “take into account” its impact on commercial rival Politifact?  Six months after launching, while the Skelton crew pump out taxpayer-funded pontifications, Politifact is going down for the count:

“We don’t have the budget the ABC does and taxpayer funding,” lamented founding editor Peter Fray, “but we always thought this could be something that could be supported by private funding from media partners or investors.”

(ii)  the standards from time to time determined by the ACMA in respect of broadcasting services;

While ACMA has given its nod to repeated use of “f**k” in ABC broadcasts, it has not yet opined on the efficacy of depicting a photoshopped conservative columnist in flagrante delicto with a dog. The ABC, however, has long since found itself blameless:

“The ABC’s audience and consumer affairs division dismissed complaints about the TV show The Hamster Decides in which The Weekend Australian columnist and ABC critic Chris Kenny was depicted having sex with a dog accompanied by the words: “Chris Kenny is a dog f . . ker” spelt out.

The ABC’s corporate affairs department told complainants the sketch “was likely to offend” viewers but was legitimate satire as it “had a clear editorial purpose and was ultimately considered to be justified in the context”.

The full charter can be found here.

Read it and weep — or, much better, add your name to a petition demanding a sweeping review of the national broadcaster’s compliance with its mandated obligations.

Roger Franklin is the editor of Quadrant Online. He enjoyed The Collectors before the ABC canned it.

Your Pocket, Their Money

Hard Truths About Power for the Weaker Sex

Time to speak up is now!