Predictable as Christmas cheer, Anzac Day brings its tidings of division and disquiet from those for whom no opportunity to recast the past is ever wasted.

In the Fairfax press, on a day when most Australians find time to spare a quiet thought for the dead, an academic laments the "evasive" nature of Dawn Services and demands an all-or-nothing honesty. Apparently, when we think of those who gave their lives, it is essential to bear in mind that Archbishop Mannix and John Wren were at odds on conscription. 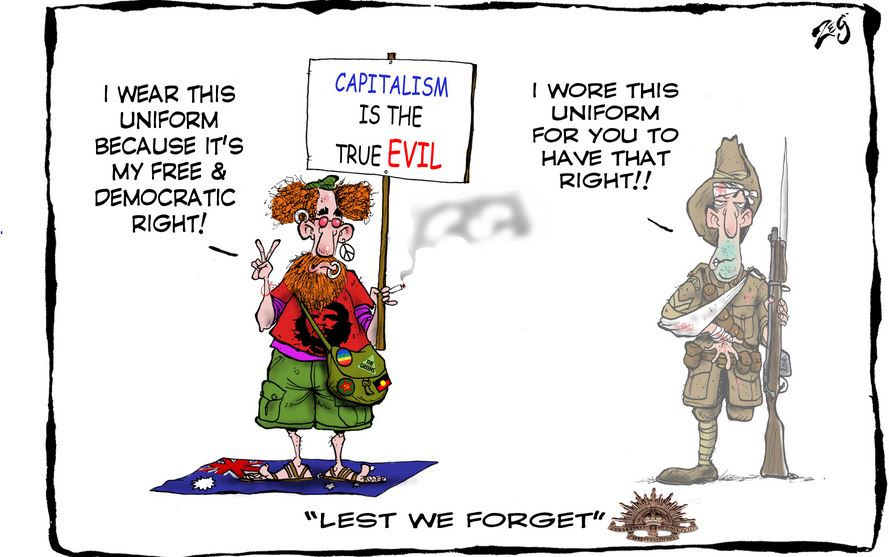 And Aborigines, we must recall not only those who perished, but the racist attitudes of a past now almost a century distant. At The Age, historian Marilyn Lake is given eight minutes of video and a reverential interviewer to explain why a young Australian moved to tears by the sight of war graves, row by row, is a victim of pernicious mythology and, probably, Christopher Pyne as well.

At the ABC, another scold suggests Anzac Day be celebrated only as a tribute to the dead of worthy conflicts. The Second World War, no problem. But Korea, Vietnam, the Western Front and Gaba Tepe? No, none of that. To mark those wars’ grey battalions with silence and solemnity is no better than naked nationalism, not to mention a grave slight to underappreciated Australians "in the fields of science, medicine, the arts, education, law, and so on." ARC grants aren’t recognition enough, or so it seems, when some are honoured with a bugle’s call and wreaths.

The right to spout such sentiments is, of course, one reason so many laid down their lives. One cannot speak for the dead, but it is hard not to think many who fell would think the other 364 days of the year quite enough for hawking self-important cant and piffle.

Roger Franklin is the edior of Quadrant Online

Their World, We Just Live In It

F-35: Costly, Useless and Sexist Too