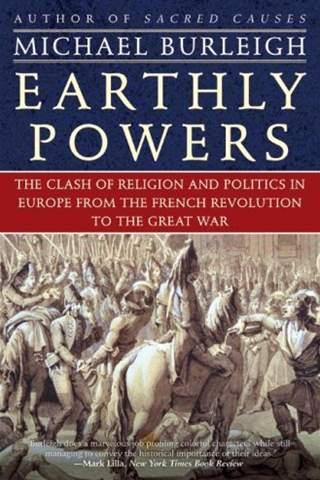 I often thought of taking up the works of H.G. Wells, only to be put off by his loopy politics.

A first-generation Fabian, he had boundless confidence in social engineering and even harboured delusions of a benevolent world government. While he had things to say about the potential for science and technology to erode basic freedoms, his bogey was big business rather than the all-powerful state.

Having watched a BBC drama about Wells, though, and with refrains like “the science is settled” ringing in my ears, I decided to give him a try. It was worth the effort. In varying ways, novels like The Sleeper Awakes, The Time Machine, The Shape of Things to Come and The Island of Dr Moreau depict a social order in which “the logic of scientific enquiry” has snuffed out all semblance of humanity.

Interestingly, in his powerful, if depressing, polemic After America, Mark Steyn draws on The Time Machine to define America’s new overlords.

Also worth a mention is Earthly Powers, a superb history by Michael Burleigh, on how religious longings have been co-opted by radical movements since the French Revolution, usually with disastrous results. Were I to encounter Gaia-loving guru Tim Flannery, I would have just five words for him: read Michael Burleigh’s Earthly Powers.

The Left’s Embrace of Antisemitism