Kevin Donnelly of the Education Standards Institute writes in this month’s Quadrant that the proposed National Curriculum is more ‘back to nonsense’ than back to basics:

Instead of representing an academically rigorous and back-to-basics approach, the new curriculum is dumbed down, politically correct and represents a re-run of Australia’s much criticised and condemned outcomes-based education (OBE) curriculum model. OBE champions progressive fads like child-centred learning, inquiry or process learning, teachers as facilitators and an ideological view of the curriculum imbued with a heady mixture of politically correct perspectives: sustainable, indigenous, feminist, class, postmodern and cultural relativist.

Pretty much as expected then. The Gillard government plans to replace state curricula with a National Curriculum which continues the fluffiness of state curricula in ‘facilitating’ the learning of key skills and knowledge, while ensuring that students are very specifically and carefully informed about key items on the PC agenda. 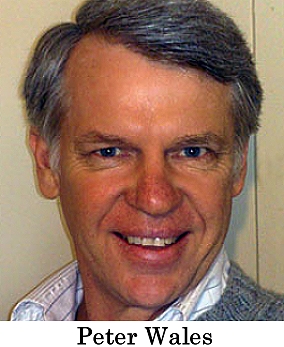 The Curriculum includes long lists of outcomes like ‘Students will demonstrate an ability to analyse a variety of texts’ or ‘Students will show an appreciation of the contribution of …’ without ever specifying that in Year Three, for example, students will read x texts, be taught y skills and learn z facts.

Students will have little incentive or opportunity to discover the joys of English literature or higher mathematical skills, but will come out of twelve years of education with a handful of skills, a smaller handful of facts, and a large shopping basket of definite opinions about green power, global warming and the horrors of colonialism.

It is possible that the dismal mediocrity of the proposed National Curriculum could in the end be a good thing, because it could encourage more parents and students into private schools.

34% of Australian children attend independent schools. Independent schools compete for students. They encourage parental involvement, and provide clear feedback to parents, because this is what parents want. If they don’t get it, or the school does not perform as they hoped, they can go somewhere else. Consequently, independent schools, often with larger class sizes and fewer resources, produce better academic results on average than state schools.

There is really no reason, except perhaps in some very small or remote communities, why government should be involved in the delivery of educational services at all. Like other government institutions which do not depend directly on the people they serve for their income, state schools do not measure up either in financial efficiency or in effective teaching. Giving parents vouchers for the cost of their children’s education, vouchers which could be spent at any school the parents chose, would reduce the cost of education to taxpayers, and improve outcomes for students.

At very least, as long as key academic standards are met, government has no business forcing parents to accept any particular curriculum, let alone a curriculum with limited and disorganised content, and a particular (and peculiar) view of history.

Parents who don’t want their children subjected to calculation-free mathematics, history free of facts, and English without Shakespeare, Dickens or Austen, may not have a choice.

Ve haf vays of making you unionists. Or your children, anyway.

Some state government have had similar requirements in relation to their state curricula. In South Australia, for example, independent schools are required to teach the ‘Eight Key Learning Areas’ – a nationally agreed list of basic subject areas like English and Mathematics – and the SACE curriculum.

Where other curricula have been offered, like the International Baccalaureate, schools have been required to show that this is equivalent in content to SACE. Procedures have been developed to allow a similar equivalency test on a Commonwealth level, and those procedures are currently waiting for approval from state and federal education ministers.

What is likely to happen is that independent schools will ensure that subject areas prescribed by the National Curriculum are indeed covered, and then supplement this with additional material to encourage students to read and think. Students in those schools will get still solid mathematics, fair history and Dickens.

Despite the requirement that the currently proposed shambles be implemented by private schools, independent schools will continue to offer a real choice.

And despite that, it is still worth fighting for a well-structured and content-rich national curriculum.

Trump in a Lighter Vain