One of the curious things about the departure of President Hosni Mubarak was how little the Western press seemed to know (or wish to tell their readers and audiences) about the history of Egypt beyond the past 30 years. It’s as though Egypt and her problems were merely products of the modern age. Or it was only through the use of modern technology such as Google, Twitter and Facebook, that Egyptian passions and political action could be triggered.

Australians of a certain age would remember being taught at school about Egypt. The ancient pyramids; the Pharaohs; papyrus; Alexander the Great, and Julius Caesar and Cleopatra. Christian, Byzantine, Persian and Muslim Egypt. The destruction of the great library of Alexandria by the Arabs; the exotic Mamluks; then Ottoman Egypt followed by the French invasion and the British arrival in 1882 to take control of the Suez Canal.

Once children were taught lot about Egypt. It presented wonder, mystery, romantic adventure and a thread of continuity from the birth of civilisation to the present era.

Indeed Egypt was most likely the first clearly defined country in the world that has still maintained it’s original territory. The banks of the Nile River and the shores of the Red Sea and the Mediterranean coast, still mark out Egypt much as it did 9000 years ago.

One of the great childhood adventure stories regarding Egypt was the failed attempt in 1885 to rescue General Gordon, who was surrounded by the Mahdi’s army, in Khartoum. At the insistence of Queen Victoria, and the British press, a reluctant Gladstone agreed to an expedition up the Nile to relieve Gordon. The British Army ordered 400 river-boats and these were built in England within weeks of the decision to go to the rescue.

The boats were a maximum of 32 feet long, 7 feet wide and each was capable of carrying over 4 tons of supplies. Nineteen ships took the 400 boats to Alexandria; native Indian oarsmen were brought from Canada to steer the boats that had to be dragged up the six major cataracts. Six thousand troops were involved, as were thousands of camels. Thomas Cook got the contract to supply 10,000 tons of coal for the steamboats. The expedition reached Khartoum two days too late. General Gordon had been speared to death. The final thrust towards Khartoum had been delayed because of a carbuncle on Lord Beresford’s bottom. Beresford didn’t want to miss the action. Egypt was certainly an exotic place to wonder about.

In 1914 the British declared Egypt a Protectorate (it was then still nominally part of the Turkish Ottoman Empire) and with the wash-up at the end of WWI a delegation of Egyptians attended the 1919 Paris Peace Conference demanding Egyptian independence. Failure of the delegation, and their arrest by the British, led to what the Egyptians now call the First Revolution. Mass demonstrations broke out which developed into a major uprising. About 800 Egyptians were killed before order was restored.

The 1919 uprising festered along until the British government declared Egyptian independence in 1922. 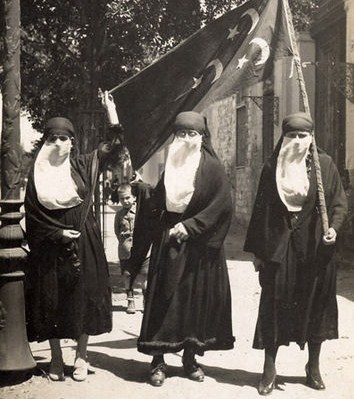 But Britain remained in control of the Suez Canal Zone and Egyptian Foreign affairs. Australia’s connection with Egypt, established during WWI with the staging post for the sailing for Gallipoli and the Palestinian campaign, was revisited during the Desert Campaign of WWII and action by the Royal Australian Navy.

In 1948 Egypt went to war with the newly created Israel and was defeated in the Sinai Desert. This defeat eventually led to the Egyptian Revolution of 1952, when dispirited army officers overthrew King Farouk, who then fled the country. Workers’ riots occurred with the participants demanding reforms. The following year another army coup declared Egypt a republic, with Colonel Nasser introducing “Arab Socialism”.

More excitement occurred in 1956 when Nasser turned to the Soviet Union for finance to build the Aswan High Dam and later, in 1956, when he seized the Suez Canal. Britain’s plan to recapture the canal was thwarted by America. In 1958 Nasser tried a wacky experiment by forming the United Arab Republic — the creation of a joint state with Syria. This lasted until 1961 when Syria withdrew. Another crazy experiment by Nasser was the ill-considered Six Day War with Israel. Another defeat.

Upon Nasser’s death his Vice President, Anwar el-Sadat, was elected President of Egypt. Sadat experimented with a Soviet friendship treaty but eventually booted out the Russians, but kept their radar experts in Egypt while he invaded Israel in 1973. While loosing the war Sadat eventually negotiated with Israel the return of the Sinai. In 1979 a peace treaty was signed with Israel. Two years later Sadat was assassinated and he was replaced with his Vice President, Hosni Mubarak.

Mubarak was elected in1981 and subsequently ‘confirmed’ by public referendums, of a dubious nature. Equally dubious are claims that modern technology has given birth to a quest for political reform. Looking at the past 100 years of Egyptian history it is obvious that Egyptians have been struggling for a century to find liberation — liberation from foreign control, puppet monarchs, dandy dictators and the military elite.

Demonstrations and uprisings are nothing new to Egyptians. Caesar and Cleopatra had to put down riots as did the Pharaohs before them. What is important about revolutions, riots and demonstrations isn’t the uprising, but what follows.

The ABC, The Navy And The Truth