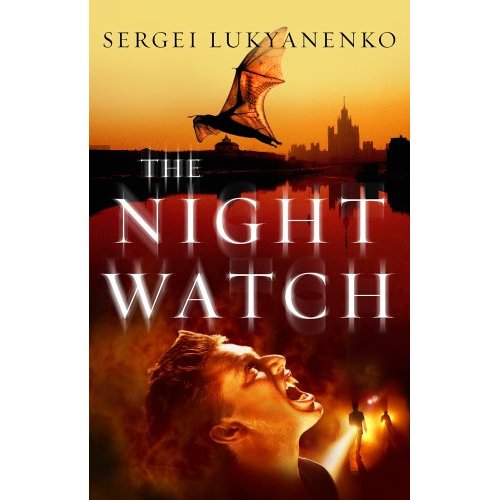 The writing’s fresh, the characters don’t feel like cookie-cutter archetypes, both urban and country settings are atmospherically evoked, there’s a lot of fun with subtext social commentary, and the struggle between Dark and Light is not at all the standard Western-style clearly-defined one, but rather more ambiguous, complex and interesting.

In the Night Watch world, two opposing forces—the Night Watch, who are of the Light, and the Day Watch, who are of the Dark, patrol the streets and countryside of Russia. Rather like opposing intelligence services they try to maintain a kind of fragile equilibrium while also trying to do each other down, and are themselves watched over by the Inquisition, made up of both Night and Day Watch, but separate from both. It’s a clever concept and it works well.

You might have heard about the films made from the books—which are OK if a bit glib, but nowhere near as good as the books. These are actually the best fantasy novels I’ve read in years. They’re suitable both for adults and teenagers(though perhaps not young teenagers).

Tom Wolfe, a Man in Full

A Little English Discipline Would be ‘Noice’