Peter Kocan’s The Fable of all Our Lives (HarperCollins Australia) is certainly the most important and powerful Australian novel I have read this year and further confirms Kocan’s position at the forefront of Australia’s writers. 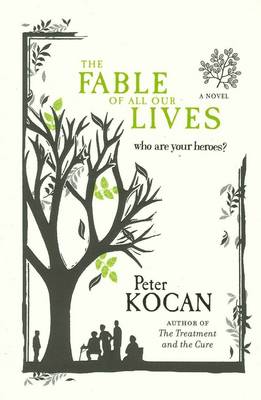 It is both a major human document and an unflinching contemplation of the traison des clercs in contemporary intellectual and academic life. Unlike many such works which turn into mere cries of rage, however, it is touched with a knowledge of higher and nobler things.

Andrew Lansdown has published two excellent collections of poetry recently, Far from home, “poems of faith, grief and gladness” and Birds in Mind, both with Wombat publications. Unlike so many modern works, mired in the poet’s own state of mind, these celebrate life, both of the world and the spirit.

Another man of many parts, Ron Manners, has published Heroic Misadventures (Mannwest Group, WA) a witty and fascinating set of reminiscences over four decades, with much of the inside story of WA’s 1970 “wild west” days, including governmental financial shenanighans which should not be forgotten. WA, and Australia, are indeed fortunate to have a man of Manners’s energy and public-spiritedness, and he writes with splendid panache. These are all books you will feel better for reading.

Dougal’s Diary by David Greagg (Clas Destine Press), is the story of a year in the life of a cat. Wit, warmth and some pathos as Dougal, after losing his mother, recounts his efforts to be a Good Cat.