[Speech delivered in the Australian Parliament]

The winner of the 2010 Nobel Peace Prize, Liu Xiaobo, is currently serving an 11-year prison sentence for ‘incitement to subvert state power’, having been sentenced on 25 December 2009. The main reason charges were brought against him was his support for Charter 08, a citizens’ manifesto created to mark the 60th anniversary of the Universal Declaration of Human Rights and conceived as a Chinese version of the renowned Czech Charter 77, which was presented by former President Vaclav Havel as a freedom charter for the Czech Republic. Havel’s charter was an emblem, and was instrumental in people in Eastern Europe achieving their freedom.

… the Chinese people, who have endured human rights disasters and uncountable struggles across these years of Communist rule now include many who see clearly that freedom, equality, and human rights are universal values of humankind and that democracy and constitutional government are the fundamental framework for protecting these values.

This is not the first time Mr Liu has been imprisoned for his ideas. When Chinese student protests began in the spring of 1989 – protests that would come to a head at Tiananmen Square – Mr Liu, then a visiting scholar at Columbia University, had the courage to fly back to Beijing to join the students and counsel them in non-violent protest. For this, the Chinese government called him a ‘black hand’ and imprisoned him for 18 months. In 1995, after writing essays that criticized the Chinese government, Mr Liu was sentenced to three years of ‘re-education through labour’. When he was released in 1999 the government built a sentry station next to his home and his phone calls and internet connections were tapped. In January 2005, following the death of former Chinese premier Zhao Ziyang, who had shown sympathy to protesters in the student demonstration in 1989, Liu was immediately put under house arrest for two weeks. 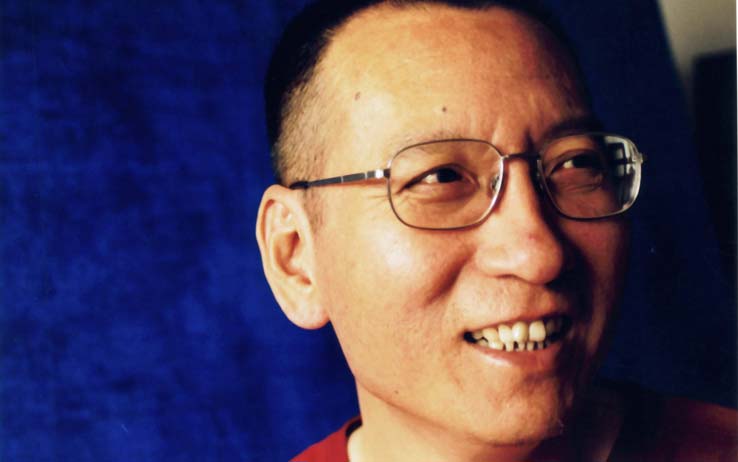 Despite constant harassment by the authorities, Liu Xiaobo is not driven by hatred of the regime. On the day of his most recent trial, Mr Xiaobo stated:

I have no enemies, and no hatred. None of the police who have monitored, arrested and interrogated me, the prosecutors who prosecuted me, or the judges who sentence me, are my enemies. While I’m unable to accept your surveillance, arrest, prosecution or sentencing, I respect your professions and personalities … For hatred is corrosive of a person’s wisdom and conscience; the mentality of enmity can poison a nation’s spirit, instigate brutal life and death struggles, destroy a society’s tolerance and humanity, and block a nation’s progress to freedom and democracy. I hope therefore to be able to transcend my personal vicissitudes in understanding the development of the state and changes in society, to counter the hostility of the regime with the best of intentions, and defuse hate with love.

No wonder the Chinese government fear such a man, who can put things so positively and who can feel no hatred in the middle of such persecution. Mr Xiaobo is one of the most articulate of China’s political prisoners and now certainly the best known, but he is far from alone in being persecuted for his political views.

According to the US Congressional-Executive Commission on China, at least 1,383 political prisoners are known to be detained or imprisoned as of July 2010.

But that is not the total figure. The US Department of State’s Human Rights Report on China estimates that ‘tens of thousands of political prisoners’, including religious prisoners, remain incarcerated.

Who are some of these people?  There is Wang Bingzhang, a long-time democracy activist serving a life sentence in solitary confinement. There is Shi Tao, a journalist serving a 10-year sentence for passing along notes of an editorial meeting to a US based website. There was 71 year old Catholic bishop Han Dingxiang, who died in custody in 2007 after having been imprisoned for nearly eight years.  Can you imagine any other regime imprisoning a Catholic bishop?

There is Hu Jia, an activist serving a three-year sentence for writing essays critical of the Communist Party in the run-up to the Olympics. And of course there is Gao Zhisheng, the famous human rights lawyer who has defended so many of these Chinese human rights activists, who simply disappeared in 2009. Leading Chinese doctors, HIV activists and many people who simply draw attention to the unpleasantness in their own country, such as a father who complained about the food poisoning his three-year old, have been jailed for their views.

They serve their terms in an archipelago of labour camps scattered across China called Laogai. According to the Laogai Research Foundation, there are at least 909 of these camps, with the low-end estimate putting the number of prisoners at 250,000 and the high-end estimate putting it at five million.

Liu Xiaobo is not a danger to China. He only wants to be a positive influence in his country. As the Dalai Lama said recently:

In his movement Liu is not toppling the government but trying to bring more openness, accountability.

Likewise, the Norwegian Nobel Committee’s decision to award the peace prize to Mr Liu is not an attack on China; rather, it is an affirmation that the world believes that the Chinese people deserve better, that they should have the same freedoms and rights that we in Australia, and indeed most countries in the world, take for granted.

Many people in China also realise that the Nobel Committee’s decision is not an attack on their country. Soon after the announcement a letter was circulated, signed by more than 300 Chinese scholars, activists and lawyers, applauding Mr Liu Xiaobo.

I think it is very counterproductive to China’s interests that the regime in Beijing has written to all countries that would normally turn up to the Nobel Prize, which is due on 10 December, and demanded that we kowtow to them and not participate in the Nobel Peace Prize ceremony for the first Chinese scholar to be awarded it. It is a terrible shame that this pressure is being exerted and, of course, it will be ignored. It is counterproductive to China’s interests to make such demands on countries. All the countries that have received such pressure will be there. No country would surrender its sovereignty to such threats, including, I am sure, Australia.

I am not sure that the prize will be awarded. It seems there will be a ceremony but, since Mr Liu is incarcerated and will not be released and his wife and brothers have been arrested as well, there will be no-one to receive the prize. It will be a stinging indictment of the regime in Beijing that a man who is committed to non-violence, a man who calls for constitutional change according to the Chinese constitution, a man who has such support amongst Chinese intellectuals, will not be there to receive it.

The open letter from the 300 Chinese intellectuals said:

China should join the mainstream of humanity by embracing universal values … Such is the only route to becoming a ‘great nation’ that is capable of playing a positive and responsible role on the world stage.

Through the award of the Nobel Peace Prize we can see that the world agrees. We call on the government in Beijing to release Mr Liu Xiaobo, let him receive his award, and let China develop and peacefully rise with political developments matching their economic progress.

Michael Danby is the Federal member for Melbourne Ports.