Film: The Other Guys

Recently I was very happy to report that Angelina Jolie had appeared in a movie in a role that neither annoyed nor palled. I can follow up these glad tidings; Will Ferrell has now done likewise.

Will Ferrell can be painfully annoying and self indulgent on screen. In The Other Guys, someone has got very tight control of him, and I don’t think it’s Will Ferrell; 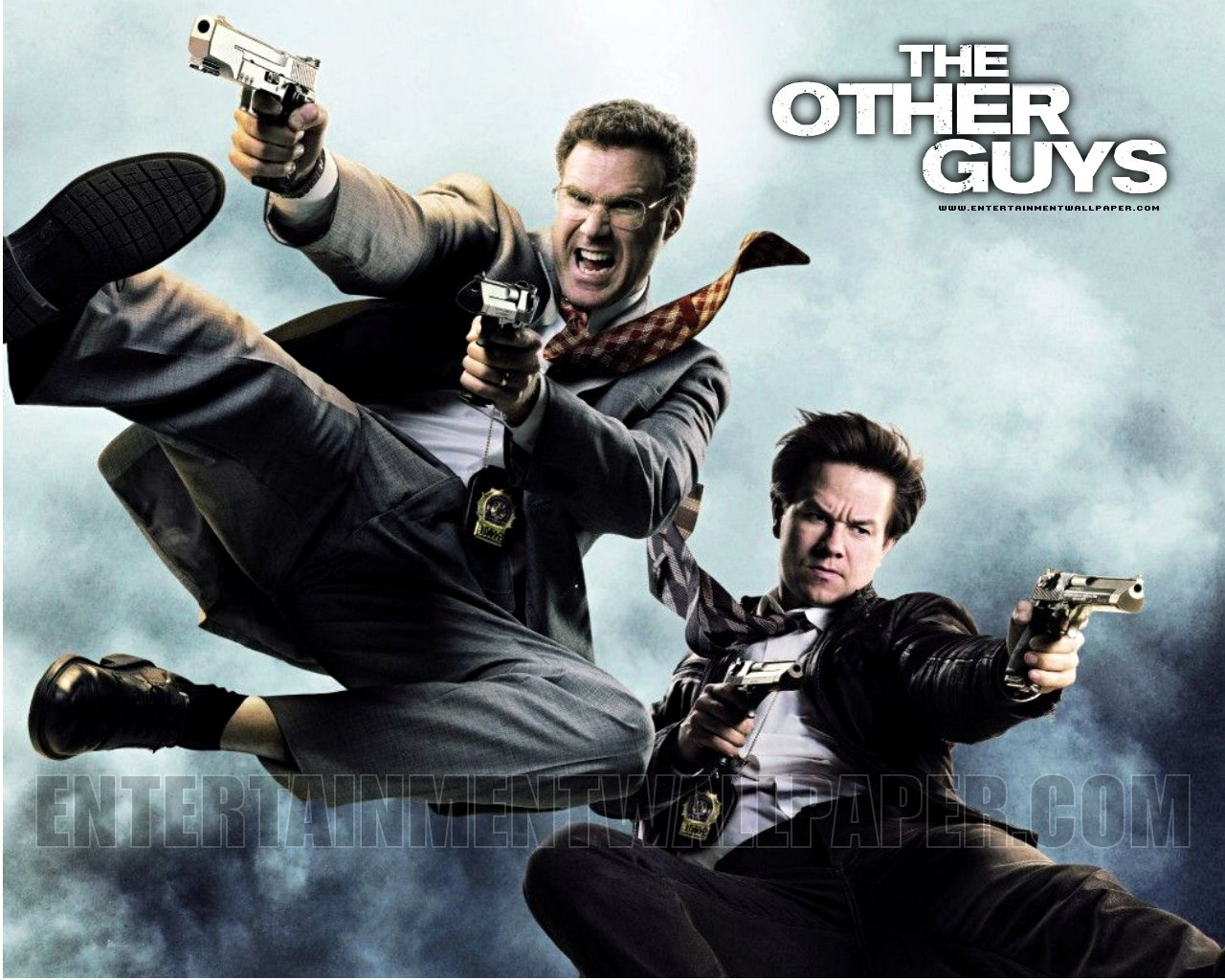 I think it might be director Adam McKay, who is a veteran writer, producer and director with a conspicuous history of Saturday Night Live and Ferrell movie involvement. This means that Ferrell’s charm has had plenty of time to wear off, and also means that in this movie, Ferrell (as utter nebbish cop Allen Gamble) is allowed to be funny, but not to be annoying. In fact, there is only one joke in this movie that’s overdone, and that’s the Irish pub sing-along, which reeks of Ferrell in his Ron Burgundy days. Every other joke is allowed to percolate, rather than boiling the living daylights out of it (and yes, I include the running gag about homeless men and the Prius – one more reference would have been too much, but as it is, it’s just about perfect.)

But the real joy of this movie is not Ferrell; it’s Wahlberg. Short, childish, snub-nosed, over-excitable and obsessed with drug busts, Wahlberg’s Terry Hoitz is a wide eyed, straight faced, comic delight. He’s not at all what you expect, and it’s hugely refreshing: to see Hoitz find his natural level as a dancing traffic cop is enchanting. Steve Coogan appears yet again as a shifty, weak-mouthed British baddie; Michael Keaton is a wonderfully Gene Hackmanesque police captain. The only disappointment is Ray Stevenson as the purportedly Australian tough guy-cum-bad guy with an accent that ranges uneasily between the Thames Estuary and Johannesburg.

The Other Guys actually makes the grade as a well-planned and well-executed action comedy, yet it’s sufficiently off the wall to leave some audience members fazed and others cackling hysterically throughout (I’m afraid I was one of the latter, but so was the elderly lady in the row behind me in the almost-empty cinema). The action scenes are genuinely exciting, but also punctuated with hugely funny episodes and sight gags which are reminiscent of 2003’s Tais Toi! (Ruby & Quentin) with Gerard Depardieu and Jean Reno.

But it’s not all fun and games; there’s also Messages. For example, I’d never before really appreciated just how unfair it is to use a helicopter in a police chase. Also, pimps don’t cry. And best of all, tuna can develop breathing apparatus using kelp. It’s all important stuff, and absorbing these life-enriching tenets will certainly make your world a better place.

The Four Sisters of Anti-Semitism