[This was the speech Christopher Koch gave when he accepted the 1996 Miles Franklin Award for his novel Highways to a War. It was first published in full in the December 2007 issue of Quadrant.]

I have been learning to write for something like forty-five years. I say “learning to write” because writers never cease to learn their craft, and with each small extra discovery, even at my advanced age, the excitement of one’s first fatal step is rekindled. And should the excitement ever die it will be time to quit writing. Rainer Maria Rilke put it more beautifully than I can:

Ah! But verses amount to so little when one begins to write them young. One ought to wait and gather sense and sweetness a whole life long, and a long life if possible, and then, quite at the end, one might perhaps be able to write ten good lines.

Most of us, of course, are driven by our demons to produce a good many more lines than that. And in a world run more and more by teams—even in the arts—the work of the novelist remains totally isolated, and with very little response from the world outside until the book’s publication. Even then response can be minimal—and the one reward you have is a good review or the sort of reader who tells you they understood you, and that your work meant something to them. This makes an award such as the Miles Franklin of enormous importance. 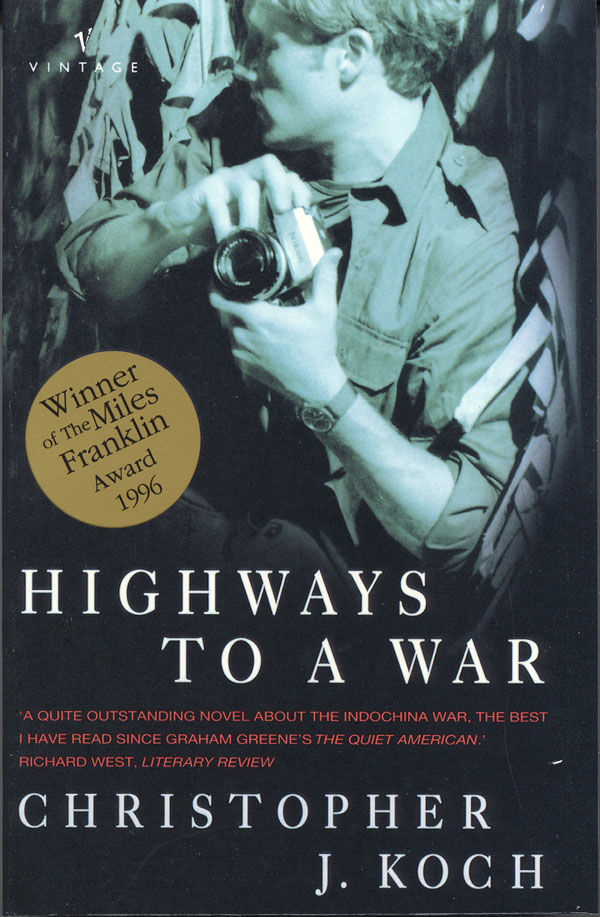 It’s an occasion of great pleasure for me—as it would be for any Australian writer fortunate enough to receive our most highly regarded prize for fiction. I intend to enjoy it, as far as I’m allowed to do—but it’s impossible to ignore the atmosphere that surrounds the award this year—and certainly the press have not let me do so.

We’re all aware of the reasons for this: but it seems to me extraordinary that when a new award is being made the occasion should be marked by yet another post mortem on the previous one—and the question of the award’s future value. I have no intention of commenting on this now or on the qualities of last year’s Miles Franklin winner [Helen Demidenko for The Hand that Signed the Paper]. That would be in the worst possible taste. I’ve already been questioned about it by journalists—as have all other writers short-listed—and I have nothing to add to what I said except this: The affair of last year’s winner has had a very good run, and I’d like to be excused from joining in a push to start the hue and cry again.

What I do want to say, though, is that this phenomenon seems to be symptomatic of larger forces in our national life—and that I find these forces disturbing. We seem to have growth in this country of professional anger, hostility and malice—and an endless formation of lobby groups and factions. These things are eating away pleasure in achievement, the harmony that nurtures creativity, and pleasure in our culture itself. And I believe that they are symptoms of a larger malaise in Australia—a malaise of envy and petty power-seeking which runs through every area of the community. Pick up any newspaper. In a country once a byword for good humour and fair play, strange and discordant cries are now going up: “I don’t like the rules of the game; change the rules; kill the umpire; move the goalposts.” “Excellence interferes with my rights; down with excellence.” “Majority rule offends me and my friends; down with majority rule. My friends and I will take care of you: trust us.”

I think Australians who care about this country ought to resist this cancer with all their strength. I think we deserve better—and we are producing talent and achievement in every field that proves we deserve better. And I wonder if, where literature is concerned, this mean-spiritedness has something to do with the way the subject’s being taught in our schools and universities.

I think so; and I’d like to make an appeal to my fellow writers—especially, calling on the dubious privilege of my advanced age, to young writers. I appeal to them to recognise a danger that’s developed in the last ten years or so, and may strike at their very ability to write work of value. It’s a danger that’s developed not just here but throughout the Western world—and it consists of being bullied by various sorts of literary commentators and teachers.

I hasten to say I don’t mean by this those critics and teachers who truly love literature. I’m referring to people of a kind who have no real love of literature, who are probably dead to it, and who use it as an instrument for power-grabbing. Unfortunately, they are multiplying like mice. They tend to refer to “texts” rather than novels, and to inform us that writers don’t really produce their own work, but are blind instruments for social forces that are only fully understood by the white-coated scientists of the English departments.

This is, of course, the final revenge of the uncreative—and perhaps also of the French, who’ve been having a bad time recently, and whose scholars released the plague called deconstructionism. It really ought to be called destructionism, since it seeks to discredit and destroy all natural genius, all true originality. Behind it stands the shadow of totalitarianism: of thought control. Every time civilisation thinks it has got rid of this spectre it shows up with a new hat on: Calvinism, Fascism, Communism, Deconstructionism, Post-structuralism—whatever depressing term they’ve lately thought up for themselves, always ending with “ism”. And a writer, I believe, has only one duty: to recognise these would-be controllers of thought and creativity whenever they appear. Above all, a writer should counter their negative effects by loving what he does, and loving literature itself.

The controllers were recently very well depicted by David Williamson in that play Dead White Males, and I salute the courage and satirical accuracy he shows in the play, and the service he has done to us all—particularly to the young, who are being deprived by this life-hating ideology of a true discovery of the peaks of literature.

They are taught that there is no such thing as real worth in art, and no common values for art to reflect and draw on. Such teachers are also asking young writers to believe that structure and the portrayal of character and feeling in a novel are “traditional”—their word, not mine—and that this is therefore bad. What is good in their eyes is “experimental”—again their word and not mine, and one they love to death. Never has a word been so inflated; and the paradox is that its cult has produced only minor and trivial work. Very little that is original has been written to please these scholar-masters—and a writer who writes to please them is doomed. His words die on the page, since they are masters only of the sterile, the trivial and the second-hand, and they are abolishing the notion of beauty. That too is a sad thing for the young, who are not awakened to what beauty in art really is.

Beauty. What a quaint, outmoded Victorian term this is! I can see the scornful curl of the post-structuralist lip. Yet from Shakespeare to Tolstoy to Conrad to Yeats to Joyce to Faulkner, the common factor that’s always present in literature, signifying genius, is beauty—and I appeal to young writers in particular to heed a simple plea: take any risks you like, but never listen to a deconstructionist. Don’t listen, in fact, to any critic or pedagogue. You are not writing for them: you should be writing out of your own inspiration and your response to the world. And you are speaking not to them, but to the broad mass of intelligent human beings who read you not for career advancement, not for power games, but for pleasure—and also for beauty. If this is not heeded, if we lose sight of it, then we deserve the reproach of the Chinese classical poet Po Chu-I, with whom I’d like to conclude:

The snow has gone from Chang-nan; spring is almost come.
Lovely in the distance, its blue colours, against the brown of the streets.
A thousand coaches, ten thousand horsemen pass down the Nine Roads;
Turns his head and looks at the mountains—not one man!

Taken for fools by bumper-sticker brainiacs