Is Life with Andrews & Co Worth Living? 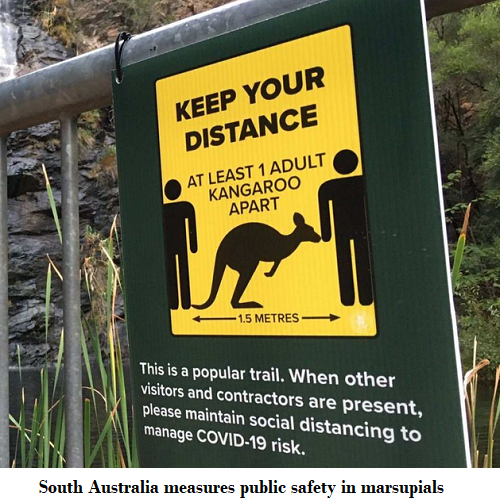 We are suffering from a tyranny of low expectations. And, it may well last and last, with no end in sight. Be genuinely afraid. I am not referring to the kind of low expectations which results in the racism or sexism of affirmative action. I am talking about COVID cases and deaths. While most countries deal in tens of thousands we deal in mere tens and hundreds.

Clearly, we don’t have a problem? Perhaps we do. Cases and deaths have been so few that a small cluster of new cases, which would hardly raise an eyebrow overseas, causes panic here.  And because of that, this lockdown of various degrees of severity and border closures will never end. We will forever be dissuaded or banned from appearing without masks, from getting up close and personal and shaking hands, from congregating at sporting matches, from singing in churches, from travelling freely. Schools opened and closed. A nightmare of social distancing stretching into eternity.

I’m exaggerating, surely. Why? If this virus is as infectious as they say – ‘they’ being public health gurus, the new prophets of our time – it will keep on cropping up. And, it is not contradictory to say that this is particularly the case the more people follow the rules to avoid becoming infected. Avoiding infection will guarantee the survival of the virus. It will lurk, ever waiting to strike at fresh meat – at those lacking immunity. And, in Australia, it only has to infect a relative few – no widespread virulence required. Each time, Andrews, Berejiklian, Palaszczuk, Marshall, McGowan, Gutwein; and Morrison, compliant in their wake, will flap, close things down, and prevent any build-up of immunity.

Ah! But the vaccine is coming. Perhaps, perhaps not. Then there is the question of when and how effective it will be – not to mention how safe it will be. We have a flu vaccine, yet 705 flu-associated deaths were reported between January and September 2019. As we have seen, those kinds of numbers are more than sufficient to cause COVID panic among our pantywaist leaders.

At my socially-distanced Anglican church on Sunday our organist sang my favourite hymn, “How Great Thou Art.” I couldn’t help but break the rules and sing along, sotto voce, taking care to keep my lips shut, ventriloquist-like.  Nevertheless, the minister’s parents, sitting behind me, heard me. They agreed that the hymn was magnificent and the temptation to sing along (almost) irresistible. I was reminded of Oscar Wilde’s witticism that the only thing he couldn’t resist was temptation.

Anyway, I am not sure how, but the conversation turned to whether I would have the hymn at my funeral. I said that I intended to and was looking forward to it. That was my witticism. But, when I think of the state of our civilisation – collapsing Christianity, cancel culture, political correctness, tearing down our heroes of the past, transgenderism, reverse racism, Black Lives Matter, Antifa, the Marxist takeover of universities and public broadcasting, global warming hysteria, and now this feckless and craven wilting in the face of Covid – then “O death, where is thy sting” sounds alluring.