Fevered Thoughts of a Woke Banker 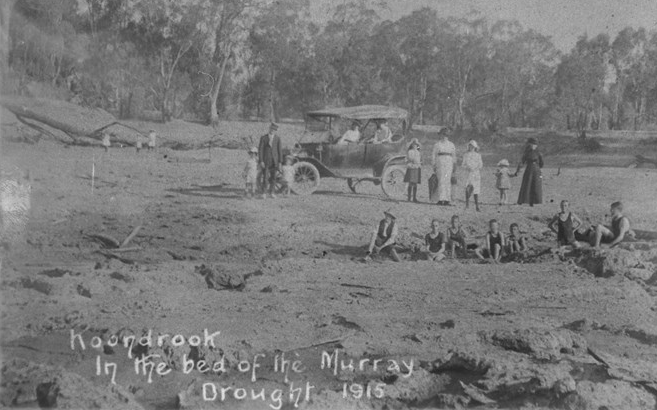 Reserve Bank Deputy Governor Guy Debelle made a good start to his recent speech on Climate Change and the Economy by quoting Dorothea Mackellar: “I love a sunburnt country, a land of sweeping plains, of ragged mountain ranges, of droughts and flooding rains.” I think we owe Ms Mackellar a continuing debt of gratitude. She provides perspective for those still capable of rational thought in this woke age.

I’d like to think that Reserve Bankers are capable of thinking rationally. I have known many Reserve Bankers in my time and I can attest that indeed they are. In the case in question Dr Debelle is mostly rational. He makes a good case for the Bank to take into account government action on climate change in the way it models the economy. This is sensible.

For example, if windmills and solar farms are to increasingly replace fossil fuels for power generation it will undoubtedly impact the international competitiveness and the growth of the economy – for the worse. And as another example, mentioned specifically by Debelle, if China switches to some extent away from coal, it would affect our export revenue and the development of mining. It would be remiss for the Bank not to take these things into account.

Unfortunately, however, Debelle doesn’t stop with climate policies. He brings in the climate itself: “We need to reassess the frequency of climate events. In addition, we need to reassess our assumptions about the severity and longevity of the climatic events.” Oh, and by the way, he reports that “last year the RBA joined the Network for Greening the Financial System (NGFS), a group of central banks that are examining climate issues.” I can only presume that not too much fossil fuel travel is involved in this green gabfest.

I appreciate that Debelle is woke to climate change and that this will affect his economic thinking. He references the IPCC as an authority; though I believe he misreports them. He reports them as saying that “one degree of warming has already occurred from pre-industrial levels as a result of human activities.” I am not going to trawl through IPCCC reports but I believe they say that the majority of warming is down to human activities, not all. The Bank should get it right to avoid generating unhelpful alarmism. But back to economics.

How in the world is the Bank to model climate change? According to Debelle, “We need to think in terms of trend rather than cycles in the weather. Droughts have generally been regarded (at least economically) as cyclical events that recur every so often. In contrast, climate change is a trend change. The impact of a trend is ongoing, whereas a cycle is temporary.” They must have some very clever people at the Bank, is all I can say.

What assumptions do they use about the future severity and longevity of climate events? Do they assume significant erosion of foreshores? Will there be more or fewer cyclones in the next five years compared with the last? How long will the current drought in south-eastern Queensland last? What areas will be most drought affected in two years’ time? Will northern Queensland suffer floods again next year? How much damage will bush fires do in 2020?

Don’t worry, the Bank is “talking with climate modellers,” to sort these things out. You know, the same people who have an unblemished record of seriously over-estimating warming and inventing upticks in untoward weather events. “We share a common understanding with them about looking at these issues in general equilibrium and the importance and challenges in modelling non-linearities. We are working through the challenge of taking this information and translating it to the economic models and frameworks that inform our monetary policy decision-making.” Good luck!

As it is, economic models are close to useless when it comes to forecasting large changes; in other words, changes that we need to know about. Not one forecast the GFC. How could they? They would have needed to have within them a predictor that US mortgage-backed securities were worthless. Bear in mind even had that been known the models would also have been hopeless in predicting the effects beyond what you next-door neighbour might have guessed. Macroeconomic models have their most use in keeping Treasury and Bank econometricians employed.

Now start finessing the models to take account of climate change. The mind boggles. Quite simply it is ridiculous. Maybe it’s a spoof? But I have never known a Reserve Banker to engage in spoofing. I have to leave it at that and turn from the ridiculous to the beyond ridiculous.

The Australian Conservation Foundation (AFC) recently released a report of some climate modelling which it commissioned the ANU to undertake and which purports to identify “the twenty federal electorates most at risk from climate change.” For instance, Barnaby Joyce’s electorate of New England is forecast to see its average maximum temperature rise by 4.51 degrees in 2050 from a baseline of 1960 to 1990. Don’t you just love the faux exactitude of the second decimal place?

It is all complete and tenuous rubbish of course. Attach to it no more reliability than you would your chances of winning big in the lottery. But it is not the AFC report that I think is beyond ridiculous. That kind of hysterical alarmism is now par for the course among the environmentally woke. What struck me as being particularly ridiculous came out of an article on the AFC report by Andrew Tillett in the AFR on March 11.

Apparently eight of the twenty electorates identified in the Report are represented by Nationals MPs. The implication is that they, above others, should be keen on doing something about climate change. Yes, that would be right, if they and their constituents were completely stupid. But suppose, hopefully, they are not. Supposing they know that nothing they could do would alter the climate by one iota. Supposing they know that affordable and reliable power would be sorely needed if temperatures soared. Then, as rational people, they would elect MPs who want to build coal power stations not windmills.

This climate-change business has made monkeys out of men. Reserve Bankers seriously contemplating inserting the unknowable (climate change) into economic modelling. Commentators seriously expecting (urging) people to combat hot weather by giving up affordable and reliable power. The plot has well and truly been lost.

If you think it’s going to get hotter. If you think we are responsible. Then at least do something effective: to wit, efficient coal, gas, nuclear and hydro. Throw in some wind and solar if you feel good about it. But a religious affinity to so-called renewable energy is a death wish if in fact it gets hot or an extremely costly and futile gesture if it doesn’t.

Tour Guides in the Land of Delusion

From Wittenberg to Mosque Doors

A profligate government targets those who aren’t