Cleanse Ye These Hateful Books — All of Them 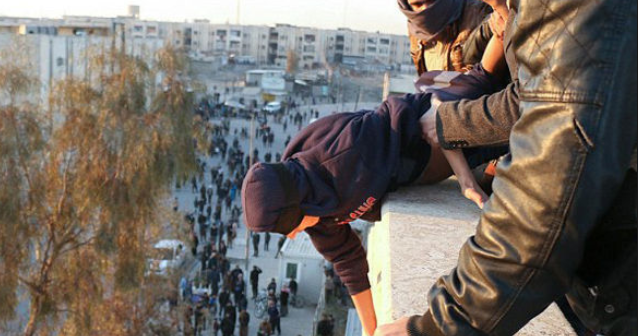 Will this hurtful preaching never cease? Another example has popped up from the sewers of discrimination and intolerance.

Will ye commit abomination such as no creature ever did before you…ye come with lust unto men instead of women…ye are wanton.

People who quote this kind of stuff should be ostracised from civil society, pilloried, denied their livelihoods, drummed out of the public square. Those employing them have a choice. Be virtuous and sack them or be shamed into compliance by the Twitterati and denied succour by those among the top fifty companies whose largesse is matched only by their newly-discovered piety and social responsibility.

Really, though, while the ‘holy book’ containing this hateful stuff is in bookstores and on open display on bookshelves in libraries, in homes, the problem will lurk ever ready to emerge and pollute public discourse. We don’t live in the Dark Ages. It is time surely to cleanse this book. By the way I do not name this holy book for fear of my filthy infidel words besmirching its holiness, thus earning the wrath of its adherents whose sanity, let’s face it, is questionable. Bravery is not my strong suit.

Gay people have a right to be protected from hate speech, wherever and however it is sourced. Hate speech, remember, is whatever offends minority groups. If you’re black or brown, or LGBTQI, or more still if you are black or brown and LGBTQI.

Lest you be confused about specifics, there is nothing wrong, to put it delicately, with male-to-male connectivity. After all, it is now not just tolerated but celebrated through marriage. We know it is more than okay because I have even heard a noted conservative stalwart on the TV say that he doesn’t think it is sinful. Well, he didn’t exactly pinpoint the act, so to speak, but the import was clear. So, the holy book is clearly wrong and hateful to boot. That is settled social science.

Vandalism should not be encouraged but a book burning might be in order to symbolically start the cleansing process. Gay Mardi Gras wherever and whenever held provide ideal opportunities. Mind you, other canonical holy books are derivative of the holy book and would need also to be cleansed. I mean just concentrate on this bilge for a moment, and this is but a taste, and you will see what I mean.

If you find anyone doing as Lot’s people did, kill the one who does it, and the one to whom it is done…If a man who is not married is seized committing sodomy he will be stoned to death.

True, it will be difficult to thoroughly cleanse the holy book and its offshoots. It will take time. Needed is a religious purity commissariat (RPC), headed by someone with a freewheeling moral compass and no outdated attachment to freedom of speech (bravery or foolhardiness also required).

The mission of the RPC might read: “A sin isn’t a sin unless we say it is.” Its goal would be to rid all religious texts of all slights on any contemporary licentious norm. As to its priorities, it clearly must start with the aforementioned holy book and its offshoots; hence the requirement for bravery / foolhardiness. So far as is known, no other religious texts inspire the tossing of homosexuals from tall buildings. Which, when you think about it, is at the extreme end of discrimination and intolerance.

A day at the RPC:

“What about these bits about beheading infidels and killing Jews hiding behind stones, boss?”

“Nah! Nothing amiss there.”

In the State You Will Trust

Challenging “State of the Climate”