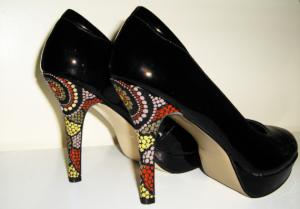 What price a Welcome to Country ceremony, and how fast is the price rising? Sydney’s Metropolitan Local Aboriginal Land Council (MLALC) notified sharp increases from last July of around eleven per cent for corporate clients. Its day fee rose from $450 to $500, and night/weekend fee from $540 to $600.[i]

“Please note requests for Welcome to Country are in high demand and should be booked in advance,” the council says. “NAIDOC, Sorry Day, Reconciliation Week are our busiest times.” Other rush times for  Welcome providers include Survival Day (known to some as Australia Day), Apology Day Anniversary, Harmony Day,  ANZAC Day, National Sorry Day, Children’s Day and World’s Indigenous Day.

A spokesperson for the NSW Aboriginal Affairs Department says there is no  official fee schedule for ceremonies, as they vary in complexity and audience. She believes $400-450 for a 15-20 minute Welcome is typical and dismisses as “rubbish” a report of $1200. “I’ve never seen a fee like that in my whole career,” she says.

The  Australian record for a Welcome is held by activist Matilda Williams House, who was paid $10,500 to perform a welcome at the opening of Abbott’s 44th Parliament in 2013.

While many Aboriginal groups now claim “welcomes” are part of their ancient traditions, the ceremony was invented ad hoc in 1976 at the Perth International Arts Festival by Ernie Dingo and Richard Walley of the Middar Aborginal Theatre. Four dancers from NZ and Cook Islands requested a reciprocal “welcome” before they would perform and Dingo and Whalley created one for them on the spot. Other Aborigines, such as opera administrator Rhoda Roberts, have laid claim to inventing the “welcome” in the 1980s.

In the era of early contact, ceremonies between the local and visiting group could involve thigh spearings to avenge deaths from sorceries, visitors offering their women in friendship or penis-holding among male groups. Today’s Welcome performers have substituted less confronting acts.

It’s hard to escape the ceremonies and rituals. At the recent Writers’ Week at WA University, every one of the scores of speakers’ sessions started with the acknowledgement. I went to a Melbourne Symphony Orchestra concert and it began with one official doing an acknowledgement, immediately followed by two more.

In Victoria the Wurundjeri Land & Compensation Cultural Heritage Council, based in inner-Melbourne’s Abbotsford, claims traditional ownership of Greater Melbourne. Its current fees for cultural events are set out below, with its fees at April 2016 in brackets.

The inflation rate seems variable. The increase for Wurundjeri’s Welcomes  is a negligible 3.5 per cent, but for Smoking Ceremonies, it’s a 50 per cent increase and for Didgeridoo, a whopping 60 per cent.

Performers are entitled to be rewarded for their time, talent and intellectual property. The difference with other groups is that Welcomes are now mandated by top-down directives for federal, state and local government agencies. Non-government organisations, non-profits and corporates are following suit. Long-standing NSW government guidelines specify Welcomes at commemorations and festivals, policy and program launches, owned or sponsored conferences, citizenship ceremonies and big sporting events.

For top-tier ceremonies, Koomurri Aboriginal Incursions offers an “Ultimate Dreamtime Spectacular” concert starting at $6000. It  includes Welcome, didgeridoo, smoking ceremony and half a dozen dancers. This show goes down well with international and other high-end corporates and agencies. Koomurri services all capitals through interstate affiliates. Koomurri’s simple Welcome to Country or Smoking Ceremony of 2-10 minutes by an Elder start at $800.

#  A single-person expert didgeridoo show of 1-30 minutes including commentary starts at $800.

The business is popular with primary schools and a member can deliver primary schoolers an “outback experience” or face-painting for rates around $400 an hour. Boomerang painting sessions involve a minimum $2000 worth of boomerangs. Bega Valley Shire Council’s pricing guide has smoking ceremonies at $530, didgeridoo $360, basic dancer $430, professional dancers $450-1800 (depending on number), and guest lecturer $110-500.

Another indication of prices is on the Victorian GLaWAC (Gunaikurnai Land and Waters Aboriginal Corporation ) website. Its Welcome to Country costs $500 and a Smoking Ceremony adds another $500. Apart from special occasions, GLaWAC will provide a member to do a cultural talk of 30 minutes for $500. A talk-plus-field trip is $2000 for ten visitors, $2500 for twenty and $3000 for more than that. GLaWAC’s meshes with the Victorian Government mandating Welcomes at “all major official events within the Agreement Area”, with coverage similar to the above-mentioned NSW guidelines,  unless GlaWAC decides otherwise. Eastern Marr Aboriginal Corporation in south-west Victoria lists fees for cultural consulting.  Its field representatives charge at $1000 a day, and normally two are specified. A meeting attendance involves a $400 fee per person.

Funds washing around land councils are prodigious. Last October WA’s South West Aboriginal Land and Sea Council obtained registration of six Land Use Agreements (ILUAs) between Noongars and the State Government in exchange for the Noongar people agreeing to settle claims under the Native Title Act. In what is described as a ‘virtual treaty’ and a deal worth $1.3b, the State will return up to 320,000 hectares of development and cultural land to Noongars via the Noongar Boodja Trust. There will be 12 payments of $50m a year into a perpetual trust and 12 payments of $10m a year to set up and run seven Noongar services corporations. The implementation is still subject to court rulings.

With high stakes involved and tensions between contending families, councils have faced delicate and complex conflicts. Some traditional owners become experts in the most arcane aspects of corporate law.

Gunditj Mirring Traditional Owners Corporation (GMTOAC) in south-west Victoria, for example, in its annual report referred to 2017-18 as “an extremely challenging year” and “a time of frustration”. That was  after a special independent audit of irregularities in April 2017, following disputes among directors and members. Three months later it was ordered to be placed under special administration. Days later the order was successfully challenged but in the event it went into special administration from September 2017 to January 2018, when a new rule book and board came in.

Hints of ructions can also be seen at Taungurung Land and Waters Council, near Seymour in Victoria. It  reported

Councils are keen to keep weak claimants out of membership. Gunditj Mirring Council, for example, requires applicants to tick a box referring to any of nineteen “apical” (apex) ancestors, e.g “Jenny Green, William and Hannah King, Bill & Mary Gorrie”. The corporation is then entitled to validate the claimed genealogy, involving ancestors out to mother’s  and father’s great-grandparents. The full group then needs to accept the claims.

Victoria’s Labor government legislated last year for a treaty with traditional owners. The bureaucratic spadework pops up in surprising contexts. For example, the Department of Health and Human Services invited Aboriginal youths, aged 18-25, to a “Yarning Session” for the Voice of the Child Project last month. To fill the venue at the Melbourne Museum the department offered youths a gift card of $100 and lunch. It says, “We hope to create a new relationship between Aboriginal children and young people and government to achieve long-term generational change, improved outcomes and brings us one step closer to Aboriginal self-determination.”

Not all Aboriginals take the Welcomes seriously. Here’s extracts from a 2016 episode of Black Comedy on the ABC:

(Aunty Mary, in possum fur, emu feather hat and high heels, arrives at a café for a showdown with Aunty Joyce over Welcomes.)

Uncle: The Welcomes income stream has been a lucrative venture for the Elders. With all this fighting we will be running ourselves out of business. Sabotaging welcomes, water logging gum leaves – it has to stop!

Aunty Joyce: Thank you and I just want to say, “Welcome from the tops of the trees [to the bottom of the seas]…

Aunty Mary: Joyce, knock it off. You know very well you stole that line from me.

Joyce: Oh, Mary, why would I want anything of yours?

Mary: Because you are a sneaky bitch.

Uncle: If we are to get anywhere today there will be no name-calling.

Mary: She wants the AFL Grand Final and the Australian Open. That is spring and summer, she wants it all, what’s left for me?

Joyce: Mary, they all want me.

Mary: Because you under-cut me.

Mary: She gets the sports precinct! What and who the f-k am I supposed to welcome to the east side of Punt Road? There is f—all there and you know that. F-k this and f-k that and f-k the both of you. You sneaky gin, this ain’t over, I’m watching you.

Ceremonial events do not always go according to plan. I obtained this account last week of the funeral of a prominent Catholic identity at Karrakatta Cemetery in Perth in 2015:

It is not easy at any price to arrange for the necessary element of reliability when it comes to providing the ritual. When my old friend died, I thought there should be some appropriate acknowledgement of her long-time support for Aboriginal causes and with some difficulty managed to locate a local purveyor to provide a show for the cameras.  A smoking ceremony and his two grandsons on didgeridoos were negotiated for $300 to open the procedures. The crowd came in behind the coffin and waited — no sign of the ceremony providers — nothing for it but to go into the formal and personal speeches. Anxiously haunting the car park, I missed most of it. “Very belatedly, the performers turned up – a puncture apparently.  The cash  passed over, the DTO (Designated Traditional Owner, with hat and hat-band) and the grandsons (head-bands, bit of paint) proceeded to the site to set up their amplifiers and find a suitable mix of green and dry leaves. During the lengthy delay  another burial began in the same area.

Another problem: no matches or lighter could be located – none of my friend’s religious and academic friends was able to help out. While the DTO went back to his car, the amplifiers were turned up to the max and the didgeridoos were tentatively, then robustly blown. Mourners from the other funeral were clearly put out by the racket – requiring my intervention.

Once lit, the leaves burned readily but failed to start  smoking – at which point some ‘authority’ arrived and asked if I had sought permission to set the cemetery on fire. It was the first time the ceremony had been performed at Karrakatta and the officials had not worked out how they stood on accepting it. (He backed off when I explained the ancient traditional meaning behind it.)

The coffin was lowered to an Aboriginal chant, smoke rose in the vicinity and a background drone drowned out the noise of passing traffic. The nuns came forward to shake the hands of the performers – full of kindly gratitude – and it was just lucky I heard the DTO hitting them for the $300 bucks already paid. Worth it? My late religious friend would have loved every minute of it.

Despite the above, my informant still sees the Welcome ceremony as an example of a positive tide of public goodwill to Aboriginal people. “It was invented because there was nothing else available – and there was the mood for it,” she says. “The prices listed for the various rituals on offer suggest a professional approach to ‘a nice little earner’.”

Welcomes and Acknowledgements are now set in Australian sociology. Strangely, the more that authentic Aboriginal culture fades into the remote past, the more vigorous becomes modern-day practice of contrived rituals. At least they’re a commercial success for the practitioners.

[i] Fees cited throughout exclude GST

The Greens are coming!