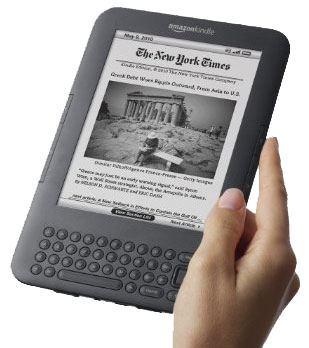 Amazon Kindle is a device for reading electronic books. It’s small, it’s like reading paper, it holds over a thousand books.

Books for Kindle are sold through Amazon. Buyers click a button and within seconds they are charged and their new book can be read on their Kindle.

The books available on Kindle come from mainstream publishers like HarperCollins and Penguin and people like me who can upload and sell their books just like “real” publishers.

Kindle readers can also be downloaded, for free, onto your computer. Details here…

These are my books on Kindle.

The Politics of Grievance

This isn’t a great book, but is a really interesting PhD thesis.

I had hoped a “real” publisher would have been interested in getting me to turn it into a bestseller, but …

The Politics of Grievance looks at political controversies in New South Wales in the 1820s.

Was Australia’s first chief justice less of a choir boy than generations of lawyers and historians have made him out to be? Need you ask? An oath breaker and maybe a shonky land dealer. If history matters Sir Francis Forbes is certainly in need of re-evaluation. The text also looks at the interesting case of his dog.

That other more famous affair, Sudds Thompson,  is explored through the archives and a very different account emerges – Did Governor Darling or a British warship kill private Sudds?

Nulliusgate: the war on a book

After I published a now forgotten book on terra nullius I took a beating from Australia’s leading lawyers, judges and historians.

About a year after the book came out I wrote this account to make some sense of what had happened to me.

It’s an inside view of the History Wars by an outsider. Perhaps I should have called it How My History Career Went Bung.

This is shorter than a book – it’s just over 9,000 words and priced accordingly.
See more…

This is a play I wrote as a holiday from researching The Politics of Grievance.

It was staged by the Old Nick Company. Everything went well until opening night, and then it was the Titanic and the iceberg. Maybe it was the title, the audience (I was there) didn’t get the jokes, and didn’t get very much at all. Maybe they were expecting a history lesson.

There were some quick changes before the second performance and audiences for the rest of the season seemed to enjoy themselves but the damage was done. I still think it’s very funny.
See more…

This, like the next book, is a short comic novel. I wrote it while living on a tropical island in North Queensland. The opening makes fun of the writing style of a certain prize winning Australian novelist and there is also a reminder of Norman Douglas’s South Wind. The events didn’t actually happen on Magnetic Island, but they could have.
See more…

How could a comic novel about Melbourne at the time of the Olympic Games, a shipwreck that sank someone who sounds like a certain Labor prime minister, delightful incest, and a serial killer, flop? Easy. It’s also got some bits about Queenscliff (Vic) including the Connor family’s old telephone number, and a cocker spaniel.
See more…

Have I mentioned that all these books are ridiculously cheap and can be bought on Amazon Kindle?

My “real” books (not on Kindle) are two collections of articles from the Sydney Gazette, Pig Bites Baby and More Pig Bites Baby, and The Invention of Terra Nullius. First edition copies of The Invention of Terra Nullius are available here… It’s an account of how an historian’s error poisoned political debate, history writing, law, and everyday race relations for over twenty years.