To Think Sky Axed Alan Jones for This Empty Vessel 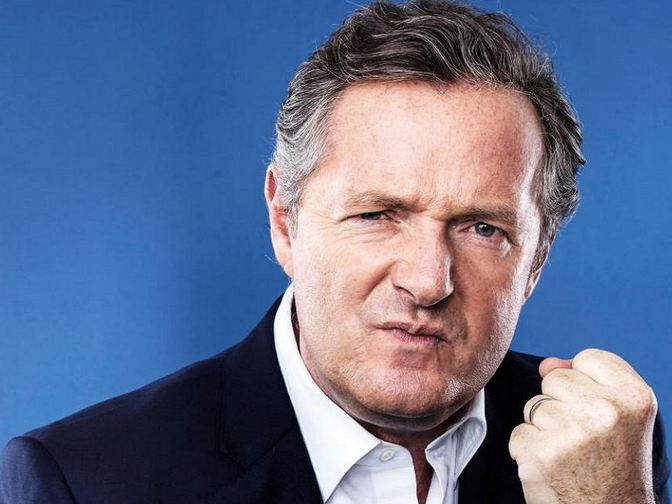 I miss Alan Jones on Sky News. Am I alone? Was he effectively dumped to squeeze in Piers Morgan? I don’t know that either, though I read something of the sort at the time. I hardly ever record anything, except if it’s about English football, if I can’t be there when it’s aired live. Made an exception for the redoubtable Jones. He was especially marvellous on the virus beat-up. Anyway, this is preambular to my mistake in watching Morgan on Friday evening; shipped for our edification all the way from the UK. A mistake not to be repeated. I remember hanging onto Q&A for much too long, which I’m confident caused bouts of nervous dyspepsia.

Morgan was outraged about the ten-year-old girl who apparently had to leave Ohio to seek an abortion. She had been ill-used by an illegal immigrant to the United States since she was just nine, or so it was reported. A terribly unsettling story to be sure. The Democrats, including Joe Biden, have made the most of it — a cudgel to beat the Supreme Court and as propaganda for the upcoming mid-term elections.

Now, at least two days before Morgan’s broadcast, I saw the Attorney General of Ohio interviewed. He made it clear that the child could have been “treated” (as he put it) in Ohio. There was no need for her to leave the state. From reports, it seems that the child was a day or two over six-weeks pregnant when she sought an abortion. Ohio has a heartbeat law which restricts abortion after six weeks.  However, exceptions are allowed when the health of the mother is at risk. To my mind, this case certainly qualifies. But you have to say that the position is not as clear as it should be. Something a journalist-cum-commentator might delve into further.

There have also been suggestions that the pro-choice crowd manipulated the situation, and the timing of the abortion, for political effect. If true, evil stares us in the face, as it often does when the Left is at work. Something a journalist-cum-commentator might delve into further.

Of course, Morgan was not the least interested in facts or delving. He had two American guests, Tomi Lahren and Ben Ferguson. Both radio and TV commentators, both conservative, both pro-life but with somewhat different views. Ms Lahren believes that an exception must be made in the law for women, never mind young girls, who are victims of rape or incest. I happen to agree, but that’s by the way.

Ferguson strikes a harder line, arguing that the life of the unborn child must be considered no matter the circumstances, while also agreeing that safeguarding the life of the mother is paramount. Importantly, he reminded Morgan that the attorney-general of Ohio had said there was no need for the child to leave the state. He might as well have talked to the wall. For Morgan, the story of the child being forced to leave was too good to let go. And he repeated it several times as though it were gospel. It might be a lie but, hey, it bore repeating for effect.

Ferguson asked him: If ten years was too young to countenance a girl carrying a baby, at what greater age would be the cut-off point? A fair question. Morgan’s answer: let me ask you a question. A weak-kneed response, if there ever was one. But it also stymies debate. Abortion needs debating by fair-minded people. People who agree that the unborn baby is a human being and that abortion means killing that human being, yet who have different views about the circumstances when it should be allowed. This bloke Morgan is so bombastic that debate is out of the question. As it was when he later interviewed Franklin Graham.

Graham is pro-life; it goes without saying. However, when pressed, he admitted that he would be “torn” if it were his ten-year-old daughter. This opens up a rich possibility of enquiry. What an opportunity. Not for Morgan. It simply provides an opportunity for him to restate his own position, as though we hadn’t already heard it multiple times.

Morgan switched to homosexuality. Why not. Thereafter followed the inanest questioning; never the least informed by Graham’s well-considered answers. Apparently, according Morgan, God must move with the times, or words to that effect. God isn’t a weathervane or the Vicar of Bray, Graham responded, albeit in more common or garden words. Of course, Morgan didn’t follow that at all. Too hard. It isn’t Christian, he averred, to condemn homosexual unions.

Wouldn’t you think that decades in public broadcasting would inform even the most obtuse minds that Christianity isn’t about doing good according to the measure of the times. It’s about accepting our Lord Jesus Christ as our saviour and its about understanding that the Bible, not fads, fashions and fetishes, anchors our behaviour.

All sexual activity outside of a marriage, for the avoidance of doubt, between a biological man and woman are sinful. Thus, homosexual sex is sinful; as is fornication more generally. If you’re homosexual don’t feel singled out. We’re all sinners; even if not on a sexual plain (as unlikely as that is), then in other ways.

Rightly expect us Christian heterosexuals not to cast the first stone. However, don’t expect us to celebrate sin in whatever guise it presents itself; our own or anyone else’s. And don’t expect Christian clergy worth their salt to keep shtum about sin. Not keeping shtum is their job.

Life is too short. Tucker Carlson is worth a watch, as is Rowan Dean. There are a few others (few being the operative word) with unadulterated conservative principles on show. But then are they entertaining enough, apropos Alan Jones, to occupy one’s time?

‘Talking Melbourne’ but not Ivermectin