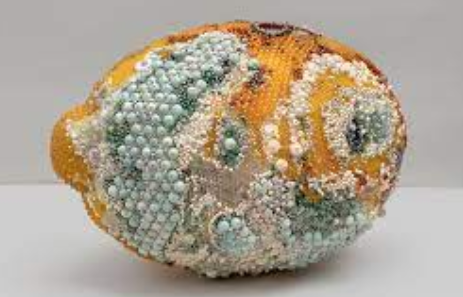 In a far corner of the Australian stock exchange, a little drama has been playing out over the last six months. Away from the headlines, it has demonstrated how easily money can be made or lost, the opportunism of watchful predators, and the falsity of expert reports.

Vital Harvest Trust is a listed agricultural real estate investment trust that owns the largest aggregation of citrus orchards and berry farms in Australia. The fruit acreage, spread across New South Wales, South Australia and Tasmania is leased to the Costa Group, one of Australia’s largest food wholesalers. From its listing in 2018, the VTH price had never risen above $1, and as a result of the drought and then bushfire damage had languished below 80 cents. We bought units at 77 cents, hoping for nothing more spectacular than a return to profitability after disastrous seasons. But last November, the depressed price attracted the eagle eyes in Macquarie Bank’s Infrastructure and Real Assets section. It offered $1 a unit, or a mere $300 million for the business.

Following proper procedure, the trustee commissioned an in dependent expert report on the offer as part of the booklet explaining the offer to unitholders. That report, by the Grant Thornton accountancy firm observed that the $1 represented a 13 per cent premium on the net tangible asset value of VFT as at last June. It also observed that there had been no alternative proposal, and importantly, that there was limited ability of potential alternative transactions to emerge. Grant Thornton valued VFT at between 97 cents and $1.11. It certified that both the trust scheme and the asset sale were fair and reasonable and hence in the best interests of unitholders.

How wrong that was! First, the Macquarie bidder was obliged by public pressure to promise that the December interim dividend of 2.5 cents would be paid after all. Then a bidding war began with a surprise challenge from a private equity company, Roc, which could see that Macquarie was getting off with the fruit cheaply.

In an auction over the last three months, Roc has made five bids, matched each time by Macquarie, exercising its right to respond within five days. Half way through this process, the trustee issued another scheme booklet, and Grant Thornton had to wipe some of the egg off its face. This time it declined to issue a range of values. It still declared the then-price of $1.08 fair and reasonable and therefore in the best interests of unitholders, but this time “ in the absence of a superior proposal emerging.” Amazingly, the price had another 16 cents to run and seems to have now valued VTH correctly at $1.24.

If that settles as the final price, it represents a 37 per cent premium to the market price when Macquarie first lodged its bid, proving just how bold the raid was. Too infrequently, there are no competing bids when asset raiders move to snap up bargains, and shareholders fail to get full value. But the market works precisely because outsiders (and foreigners) often have a better sense of value than the owners.

A more important issue is how much value independent reports are really worth, supporting bids. Like most consultants’ opinions, they strike me as apt to say what’s wanted to be said, supported by appropriate accountancy mumbo-jumbo. While “fair and reasonable” may be justifiable conclusions, these reports should not be allowed to declare an offer “in the best interests of the shareholders.”