The Pocket Windschuttle: Queensland – Four children removed per year, for all reasons!

Tony Thomas: Queensland until the 1970s had the most oppressive and diabolical laws governing the lives of Aborigines and half-castes. Keith Windschuttle freely acknowledges this. That sunny state of Queensland used to be beautifully-racist one day, perfectly-racist the next.

So of course we will find there in Queensland those scores of thousands of ‘stolen children’, who make up our national total but can’t be found in southern states or NT. This total was ‘up to’ 100,000 (Bringing Them Home), or more modestly ‘up to’ 50,000, as Prime Minister Rudd put it in his magnificently worded apology in Parliament House.

Damnation! From 1908 to 1971, only 249 (not 2,490 or 24,900) Aboriginal children in Queensland were officially separated from their parents, and moved to reserves, missions, and state institutions. That is, about four children per year, for all reasons.

The crucial Qld numbers on child removals come from the Queensland government’s own submission to the Human Rights Commission (author of ‘Bringing Them Home’), and these numbers were the only Queensland data the commission had. Strangely, or not strangely, the commission decided not to publish the figures, especially that ‘four children per year’ stuff. Because the official figures ‘proved that no plausible case could be made for the existence in Queensland of anything deserving the name of Stolen Generations’, Windschuttle concludes. p608

The book proves it is possible for a place to have oppressive laws but which are not applied, or applied in such a way as to keep Aboriginal families together. Let Windschuttle elaborate:

(Queensland) created no separate institutions for Aboriginal children. “It was the least interested in removing them from the fringe camps and shanty towns, the least concerned about the sexual fate of half-caste girls, the most hostile to the notion of assimilation, the most critical of proposals to ‘breed out the colour’ and yet the most loathed by those who saw themselves as Aboriginal policy ‘progressives’.”602

In 63 years to 1971, said the state government, Qld removed 8912 Aborigines of all categories to reserves, missions and institutions. The number included 2024 children, but all except 249 of the children went with their adult relatives or carers.

The academic historians, embarrassed, went looking for a larger number. A 2005 Ph.D. thesis by Mark Copland got the solo children figure up to 660. But this was achieved only by adding another 40 years (1859 to 1908), and by defining ‘removals’ to include children placed in dormitories on the same missions where their parents were located.

The dormitory system for children was common across missions and stations in northern Australia. Children ate and slept apart but could trot down the bush path or track and see their parents during the day, and vice versa. (One of the reasons behind the system was the children’s security from sexual prowlers and other ne-er do wells). But two missions, one in Qld and one in the Kimberley, did enforce fairly strict segregation. They were untypical.

Even allowing for Copland’s revised figure, it is still a mere six children a year, in the state with the second-largest Aboriginal population (behind WA). 603

And we haven’t yet mentioned the reasons for these supposed racist ‘stealings’, if the ‘stolen generation’ story were true. The state’s own submission listed typical reasons as orphans, neglected, or potential students, but largely to accompany their parents. 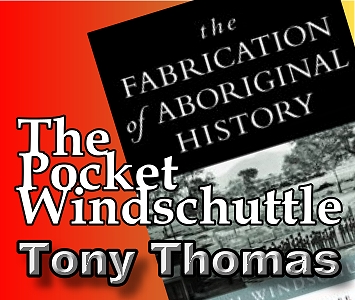 Qld for 70 years from 1897 had the strongest commitment of states to segregate Aboriginals and most half-castes on reserves (forcibly drafting them there if necessary). The goal was certainly not to assimilate them and ‘breed out the colour’. Aboriginal trouble-makers who wouldn’t accept life on the reserve were shipped to Palm Island, along with unmarried  mothers of half-castes, and criminals. The job of “Protectors” was to keep Aborigines out of towns and away from violent whites, exploiters (who sometimes paid black labourers with opium dregs), grog-sellers and white fornicators. 605

As compensation for their loss of freedom, Aborigines on reserves were to be given housing, rations, schools and medical aid, and agricultural jobs on the reserves. That was in theory, in practice the reserves were shambolic.

An appalling clause of an Act of 1865, extant to 1906, defined as neglected, ‘any child born of an aboriginal or half-caste mother’. However, neglect then had to be established by a court before a child could be removed. Windschuttle adds, “And no-one has found any evidence that any child was removed simply because it was born to an Aboriginal mother” 607

The same Act redefined some missions as ‘industrial schools’ and child offenders were sent and gathered there rather than sent to white reformatories. At the same time Qld police were positively discouraged from prosecuting Aboriginal children for neglect or juvenile crimes – in the 1880s police were told to take no such action without the approval of the Colonial Secretary, no less. 607

The 1865 Act was replaced in 1911 by a child welfare Act that last more than 50 years, and was racially neutral, i.e. did not distinguish white from black. Its successor Act of 1965 was also racially neutral.

The closest Qld came to a ‘child stealing’ law was another amazing Act of 1939, making the director of Native Affairs ‘the legal guardian of every Aboriginal child under 21’ with even more draconian new power over their lives. 608

Is this the smoking gun for the ‘stolen children’ story? Once again, no. The Human Rights Commission of course took the most radical interpretation, declaring that this Act gave the director ‘virtually total control of the lives of Indigenous children’. However, as the Trevorrow case (SA) showed, ‘guardianship’ when tested in court did not mean what it appeared (total power), even in respect of children already on reserves.

“In any case the Human Rights Commission was forced to admit in Bringing Them Home that, whatever the particular powers the authorities had over Aboriginal children, very little use was made of them in Queensland since ‘families were generally moved together’.” 608

Bringing Them Home lamented the powers directed at Aboriginals, while omitting to mention the inconvenient truth of how small a number of Qld children were actually separated – four per year from 1908 to 1971, for all reasons!