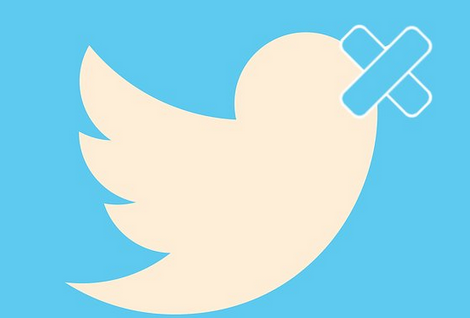 It has been observed for quite some time that Facebook, Twitter, Google and YouTube are censoring conservative content, as Forbes recorded beneath the headline “Facebook Deleting Coronavirus Posts, Leading To Charges Of Censorship”. But what has become clear to all with eyes to see is that the mainstream media is profoundly biased. Just take the example of Bill Clinton.

Newsweek is reporting the eyewitness testimony of Virginia Giuffre that Bill Clinton capered with ‘young girls’ on Jeffrey Epstein’s private island’. Without doubt, this is a valid news story of the year — or would be if the named party was someone other than the infamously priapic ex-president. I mean, just imagine if the person in question were Donald Trump? And yet every major progressive news outlet in both the United States—as well as Australia— has accorded the story passing attention at best before forgetting about it entirely.

Below is a transcript of Giuffre’s testimony: 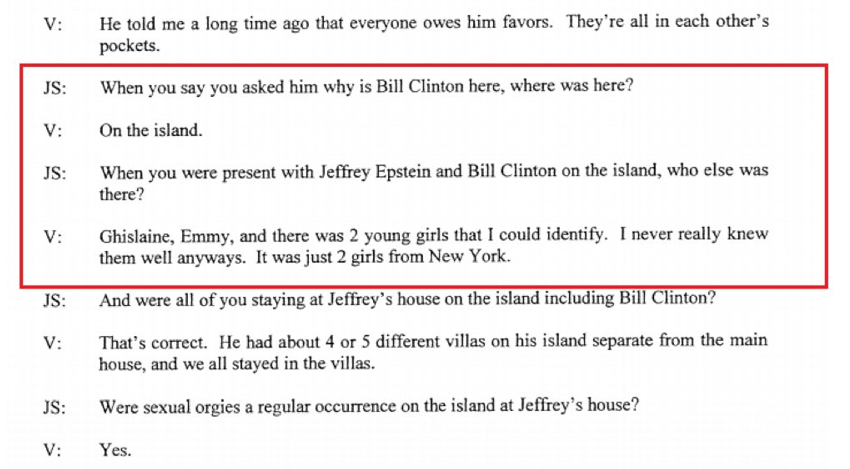 The Newsweek article goes on to state:

What’s more, Project Veritas has released the video of Amy Robach, an anchor with America’s ABC, saying on a ‘hot mic’ in the studio that the network’s news division had all the evidence—including pictures—regarding Bill Clinton’s relationship Epstein, and yet the story was suppressed. ABC’s response to that charge can be viewed here.

Not only that, but earlier this week, Facebook removed a video posted by Breitbart News of a press conference held by the group America’s Frontline Doctors in which the featured medicos shared their professional opinions of coronavirus and the medical response to the pandemic. YouTube (which is owned by Google) and Twitter removed the footage, but not before the video had been viewed over 17 million views times! A copy of the presentation can still be viewed here. The response of major progressive media outlets, such as the Washington Post, was to attack the personal credibility of one of the female doctors, a Pentecostal Christian originally from Cameroon.

It seems certain segments of the online media are intent on only presenting a progressively approved narrative. All of which should be of particular concern to conservatives throughout the world. Likewise, Martyn Iles, director of the Australian Christian Lobby, has recently posted on social media:

After flying under the radar for a year, it seems someone with a bit of power has noticed me and disliked me.

… Overnight, the reach of all my posts, the view counts on my videos, and the rate at which I was acquiring new followers dropped by as much as 80%. It feels like I am back at the very beginning.

I am taking some encouragement from reports that it’s usually a temporary affliction. Maybe others with experience of it can confirm.

It’s disheartening as I have always sought to conduct myself in a manner that’s above reproach. I am not abrasive, combative, vulgar, or unfeeling. I cite data and am clear about my logic. I seek to be thoughtful and gracious. I have never caused a media sensation, had a public spat with anyone, or been scandalised through anything I’ve said, so I think I’ve done OK.

The worst someone could reasonably say about me is that they strongly disagree.

P.S. Lots of people doubt whether shadow banning is a thing – I did, too, wondering if it was just suspicious people over-reacting. Believe me, it’s real, and there is no mistaking when it happens to you. It is reported that Facebook have privately confirmed they do it to “false” content and spam.

What all of the above demonstrates is that we have reached a dangerous new moment in the history of free speech — especially, as in the US, when an election is in the offing. What it also means is that it is incumbent on those of Christian faith and/or conservative conviction to stand up and be counted. We’ll be counted out otherwise.

Bill of Rights, Bill of Goods