The Unrecognised Gift of Good Fathering 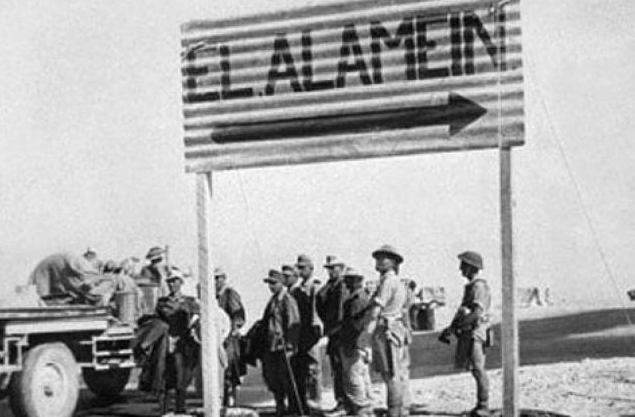 Until the day I left home to get married, I’d hear my father, Duncan, occasionally yell out in the dead of night, “get down, you fool! Get down!” He was reliving the first light of dawn of the second morning of the Battle of El Alamein, Montgomery’s great push back against Rommel in North Africa. It was one of only two major battles that Australia was involved in during World War II and the first major setback for Nazi Germany at the hands of the Allies.

Dad had insisted on surrendering his officer’s commission in the Light Horse at the beginning of the war so that he could fight ‘in the ranks’, and had been promoted to Acting Sergeant and placed in control of three anti-tank guns and their crews in the 2/3rd Anti Tank unit of the famous 9th Division.

On that fateful morning, having advanced 100 metres overnight, they saw the German tank at the same time as it saw them in the first rays of light, and it was very close indeed.

The Panzer opened fire. Shells started exploding all-round, shrapnel and dirt and noise and chaos and terror reigned — it must have been horrific — and a young soldier next to Dad panicked and leapt out of the inadequate trench. My father jumped up to pull him down and they were both hit badly.

A mate found the tattered remains of my father’s shirt that evening when the battle died down. He and a couple of others went to the big field hospital hoping to find him, only to be told that he was in a coma in an oxygen tent and “he won’t see the night out.”

Somehow he did — he was a very strong man — and was brought back to the family property to recuperate, only returning to light duties at the end of the war. He was in very bad shape personally. Today we would not only recognise the impact of such trauma but we would do something about it too. His body, and mind, bore deep scars for the rest of his life.

There was endless army banter when Dad was with other returned personnel, but he never spoke of his own nightmare, even though he evidently re-lived it frequently. I have only been able to piece together what really happened from others, over many years.

It meant, though, that I grew up in the shadow of the horror of war. It gave me a detestation of armed conflict. I even dislike violence in films. However, I’ve also developed a deep conviction that, as the old Chinese proverb has it, ‘if you wish for peace, you must prepare for war.’

Australia had not prepared for the conflict that was so obviously boiling in the 1930s, unlike the extraordinary foresight the founding fathers of the new Federation had displayed prior to 1914. That generation was able to secure the south-west Pacific with its powerful new navy in very quick order, and then go on to play a vital role in the whole dreadful conflict.

I was always conscious that Dad was seen as something of a hero, and yet his actions spoke louder than words in having volunteered for service in May 1940, following Dunkirk, as he would never boast of his exploits — ever. The closest he ever went to it was to note with quite an edge, even a bitterness, to his voice as I left for Canberra as a young, newly-minted MP that I should never be naive when Australian soldiers were being eulogised, as he’d seen plenty of poor as well as noble behaviour in the heat of battle. I guess he’d earned the right to make that call.

Unfortunately for Dad, he was to face yet more trials. Having finally settled down enough after the terrible disruptions to both of their lives caused by the war, my father and mother married a full decade after the time that their friends reckoned they might otherwise have done. They had two children, me and my sister, soon after, but my mother then died of cancer in 1960, after just six years of married life.

Even then, Dad’s resilience pulled him through — but the loss of my sister in a game of family cricket when she was a young teenager really did throw him. The sadness became very deep. A father given more than ever to his own thoughts became less available to me, and I found it hard not to be critical of the relief he often sought from endless cigarettes and a pretty solid liking for rum.

Like so many children, often encouraged by the emergence of the culture of victimhood that is part and parcel perhaps of our desire to blame others and which is now raging like an out of control bushfire, I started to focus on his failings rather than his qualities. To my shame, I became unfairly critical of him.

Then an unexpected encounter caused me to slowly but surely start to pull back and look at the whole canvas, the ‘bigger picture’.

Sitting at my desk in the Deputy Prime Minister’s office one day, I was handed an extraordinary letter that my staff realised I’d need to respond to personally. It was neatly handwritten, on quality paper:

Dear Mr Anderson,
I believe you were my first baptismal candidate. If my memory serves me correctly, your parents were country people. They were down from the bush in Easter 1957 staying at a cottage at Newport Beach. I had just been ordained and the Vicar who was going to take the baptism had taken ill, and I was sent off at short notice and I met this country family.  I baptised the boy — I believe it was you — and committed to praying for him for the rest of my life…

I was very keen to meet Len. I invited him to dinner at Parliament House, and we had an extraordinary evening. He talked of my mother and father, both of whom were capable of lighting up a room, and asked me to map out my life in detail — he was a great listener.

Then he said something that really struck me — indeed it was quite an epiphany. He said, simply, ‘I so admire that generation of men’.

I asked him to elaborate and he showed me what I hadn’t seen.

“Look at his circumstances. Out in the bush. Suddenly left without his wife. Yet another major life setback, after such a terrible war. Two very small children to look after, and no obvious way to do it while trying to run a demanding farm business,” he began.

“Many fathers would have fostered their children out, thinking not only of the practicalities but also not believing they could do it properly, but your father stuck to it and found ways to keep you with him.”

The idea that Dad might not have kept us with him led me slowly to feel relieved, then delighted, then thankful, that he had. How unattractive the alternatives might have been. And how powerful, once seen, is the knowledge of genuine commitment and love in smothering out the petty grievances and the misunderstandings! Love indeed covers a multitude of sins.

I now see the larger canvas. My father really did love me and provided a safe place for my sister and me to grow up, both physically and emotionally, despite the challenges.  That was foundational for me as a man. He gave me the keys to live well both personally and professionally; others must judge how well I used them.

I now realise that the criticisms that I made of him were me, in some part, feeling overshadowed by his capabilities, from his fast bowling to his quick humour. He might have been the very man spoken of as a soldier by what General Montgomery called, “the magnificent 9th.” Even Rommel called them, “immensely big and powerful men, who without question represented an elite formation of the British Empire, a fact that was also evident in battle.”

How could I compete with that? The answer: I couldn’t – and can’t. But I can give a word of thanks to God for him. And if I didn’t then, let me acknowledge my thanks to my Dad here. He could have outwardly played the victim, but he didn’t. He would have been dismayed by the modern phenomenon of victimhood culture. Despite being the victim of events beyond his control — a madman burning down civilisation in Europe, the death of his wife, then his daughter — he held high his principles of duty and sacrifice.

Since Len came to see me, and helped me see what my Dad did for me, I’ve become a committed advocate for fathering. George Bush Sr., when he was first faced with a rioting America following the death of Rodney King, knew part of what the Western world needs now is good fathers. Bush said that Americans had spent perhaps $3 trillion to that point in time on programs for welfare, drugs and urban violence, but had nothing to show for it. The answer could be right in front of us. As Professor Bruce Robinson from the Fathering Project has explained to me, one of the greatest predictors of how well we turn out as people, and how society turns out, is the presence of decent fathering.

We need to end the silence on this. If we really care about our children, and our boys in particular, (the prison statistics alone tell us how serious their crisis is) we would own a simple truth whether convenient or not and start talking about the critical importance of fathering.

John Anderson served as Australia’s 11th Deputy Prime Minister. He now interviews an array of thought leaders for his Conversations video podcast; available via johnanderson.net.au, YoutTube or audio podcast platforms.  He is a patron of The Fathering Project

The Unrecognised Gift of Good Fathering