How the UK Combats Activism in the Classroom 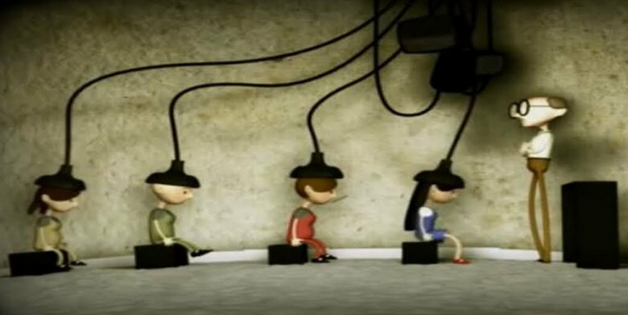 This essay, the first of two, looks at the UK education system and its praiseworthy laws under the Education Act 1996 against teachers pushing partisan views. The ban prohibits not just touting for political parties but promoting contentious ideas in a one-sided way – trashing Winston Churchill as an imperialist, for example (let alone “Critical Race Theory”). The law would require teachers to also discuss Churchill’s positive achievements. The Ministry issued 9000 words of further and comprehensive “guidance notes” for teachers on February 17 on interpreting these laws.

Indoctrination by schools is also a boiling political issue in the US. School board elections are now political battlegrounds across states. In Virginia, anti-indoctrination candidate Glenn Youngkin became the first Republican to serve as governor since 2009.[1] Florida Republican governor Ron DeSantis is a likely presidential nominee, on a platform that includes condemning Critical Race Theory, explicit sex materials and other “woke” indoctrination by Democrat brainwashers in schools.

Part II: Why Australian teachers are free to brainwash kids

Do the Australian states’ education systems have similar laws? My second essay will spell out these policies plus examples of how they are violated continuously and with impunity.

The UK ban on classroom indoctrination

Under the heading “Political Indoctrination’, Section 406 of the UK Education Act forbids

(a) the pursuit of partisan political activities by any of those registered pupils … who are junior pupils [under 12],[2] and

(b) the promotion of partisan political views in the teaching of any subject in the school.

Section 407 is headed, “Duty to secure balanced treatment of political issues” and comes with sub-sections that enable teachers to advocate fundamentals such as rule of law and religious tolerance. But the key clauses ban partisan political teaching of any subject or distribution of partisan material, and require that teachers give kids a “balanced presentation of opposing views.”

February’s guidance notes provide teachers with about 20 illustrations of contentious situations in class. Clarification was needed because many schools have been convulsed by angry parental protests about teaching and withdrawals of kids from state education.[3] At the sharp end is the teaching of issues like Black Lives Matter and “white privilege”, LGBTQI+ affairs in Muslim-heavy schools, #metoo, statue-trashing, “Critical Race Theory” and of course, the supposed climate apocalypse. Even if a topic like net-zero is bi-partisan in Parliament, UK schools must give it balanced treatment if it remains contentious in the UK community.

The Guidance was precipitated by an adverse Commons education committee report last June and a dossier to Parliament from the Free Speech Union last November, citing partisan teaching in 15 schools, described as ‘the tip of the iceberg’:

“They [teachers] are so far down the woke rabbit hole, they think these claims are incontestable facts rather than contentious political positions and regard anyone who challenges them as completely beyond the pale,” the Free Speech secretary said. Examples included a history teacher comparing Donald Trump to Adolf Hitler and diatribes against the police, racism and colonialism. The earlier Commons report said teachers preached against “white privilege” even though their working-class white students were low-achieving and disadvantaged. Tory MP Jonathon Gullis, an ex-teacher, said teachers pushing “white privilege” racism should be disciplined and reported to counter-terrorism programs as extremists. The Ministry agreed any such teaching was contrary to the Education Act’s impartiality clauses.

UK teachers hit back at the government’s ‘awful’ Guidance, calling it a “war on woke” while dismissing it as patronising and gratuitous advice to schools. Some teachers argued the guidance is “non-statutory” and could be ignored.

The Minister for School Standards, Robin Walker, explained in the Commons, “Pupils must form their own political views, and schools should not indoctrinate or encourage children to pin their colours to any particular political mast.” Similarly, the Secretary of State for Education, Nadhim Zahawi, says in the foreword to the Guidance,

Parents and carers want to be sure that their children can learn about political issues and begin to form their own independent opinions, without being influenced by the personal views of those teaching them.

The Guidance says, “Given the changing nature of political issues and how they are taught, schools may wish to consider reviewing their approach to political impartiality even where issues have not already emerged.” The department clearly expects schools rife with parental complaints will rigorously review and reform any illegally-biased teaching.

“Teachers are role models and authority figures, and hence should seldom share their personal political views,” the Guidance says. If they do, they should alert pupils to equivalent contrary views. Schools should consider whether or not to ban teachers altogether from expressing personal political opinions.

Third parties, including charities and campaigners are welcome to supplement teaching, but schools should ensure in advance that speakers or materials do not undermine schools’ legal impartiality, and visitors should represent a fair cross-section of views. The guidance instances an external agency invited to speak on economic challenges of the Global South, but the agency wrongly promotes partisan free-market economic reforms like privatisation and deregulation.

On climate, the guidelines cite the 2007 legal challenge by citizen Stuart Dimmock[4] against schools airing Al Gore’s 2007 Inconvenient Truth disaster movie. The UK High Court, ruling against the Education Department, defined “partisan” as “one-sided” and defined “political views” as “those expressed with a political purpose, such as to further the interests of a particular partisan group, change the law or change government policy. This could be on a wide range of matters such as economic and social issues at a local, national, or international level.”[5]

The High Court ruling was that Gore’s movie was politically partisan and the court required teachers to alert kids about this and provide balancing material, as well as obliging them to point out nine major errors in the film (which Gore has never corrected).[6] [7]

The UK guidance notes define climate change as “scientific fact” (whatever that’s supposed to mean) and not political, but says correctly that discussion of causes and policy responses to it might well be politically influenced. Teachers and pupils should distinguish between climate facts, solutions and opinions. Teachers need not reference misinformation that “anthropogenic climate change is not occurring,” it says. [A straw-man as the controversy is over how much is occurring and why].

An inquiry by the skeptic-minded Global Warming Policy Foundation in 2014 picked up these examples of UK teachers’ partisan preaching on climate:

♦ A mind-map (schematic) suggests global warming will be worse than famine, plague or nuclear war. The mind-map was sourced to a pamphlet from a “passionate” green activist.

♦ “Scientists believe that a 1◦C increase in world temperature is all that the world can tolerate before climatic chaos sets in.”

♦ “Explain why developed rich countries should provide money to poorer, developing countries so that they can reduce their CO2 emissions.”

Academics and renewables executives invited to a Norfolk school did a futuristic presentation:

♦ As the day begins, the students are informed that the Earth’s remaining reserves of fossil fuels have finally been exhausted and, as a result, the fabric of what we consider normal life has immediately started to crumble. No more light, no more heat, no more iPods. No more anything, in fact, meaning something needs to be done – and soon – before the world falls into total chaos.

UK teachers’ comments to a draft survey suggested that even half a decade ago UK schools were overdoing the climate scare:

♦ “It’s done to death in UK schools across a range of subjects and in nearly all year groups. We risk turning them off it.”

♦ “Blimey, it is virtually impossible to do any science topic without some reference to greenhouse effect/global warming/climate change having to be included.”

♦ “It has become a bit of a joke in my higher groups that on the long exam questions the words carbon dioxide and global warming will always get a mark regardless of the question!”

Our research for this report suggests, perhaps unsurprisingly, that having unqualified primary school teachers explain complex physical phenomena to primary school children has not been a successful strategy…

The slant is on scares, on raising fears, followed by the promotion of detailed guidance on how pupils should live, as well as on what they should think. In some instances, we find encouragement to create ‘little political activists’ in schools by creating a burden of responsibility for action on their part to ‘save the planet’, not least by putting pressure on their parents… Children are being treated as political targets by activists who wish to change society in fundamental ways…

The fact that children’s ability to pass their exams – and hence their future life prospects – appears to depend on being able to demonstrate their climate change orthodoxy, is painfully reminiscent of life in communist-era Eastern Europe or Mao’s China. Politicians seem to have given the nod to this process, effectively handing much of the curriculum to green activists.

Many kids — possibly most — became upset and frightened for their future, GWPF added.

The UK Ministry now urges teachers to thoroughly review third party material on all controversial topics. It instances fact-sheets about the Israeli-Palestinian conflict, which might seem balanced and helpful but omits historical and other contexts. It welcomes anti-racist views but warns that organisations such as Black Lives Matter can have partisan policies — ‘defund the police’ for starters — that teachers should not promote.

Teachers are encouraged to talk politics but not to promote their own, or anyone’s views, as worthy or factual, instead to use a ‘fair and dispassionate’ approach. Teachers should not offer mere variants on their preferred views, and instead should give kids “at least two significantly different perspectives.” Pupils’ engagement and interest in political issues should be encouraged, on an age-appropriate basis. Political/environmental activity by senior pupils is acceptable and should be encouraged, providing staff do not incite or direct them. Teachers should ensure a dominant group of pupils doesn’t over-influence others.

It would not be appropriate for a teacher to suggest that pupils join a certain campaigning group or engage in an upcoming protest. Teachers and staff can, however, explain to pupils how they can get more actively involved outside of school. This might be by:

♦ telling pupils where they can find out more about this

♦ providing a balanced account of political issues related to the environment.”

Reading the Guidance, I got the impression that the opposite can apply in Australian schools. This will be documented in Part 2 on Australian State policies.

[1] The Democrats and media brazenly lied that “Critical Race Theory” was not being taught in Virginia schools.

[2] That is, within school or outside school with school involvement

[4] A school governor and father of two schoolboys

[6] In Australia, literally millions of kids have been force-fed Gore’s film.

[7] For example, Gore lied in the movie that entire island populations had been evacuated to NZ to escape rising seas from climate change.

6 thoughts on “How the UK Combats Activism in the Classroom”

Why Teachers Get Away with Preaching Green Rubbish