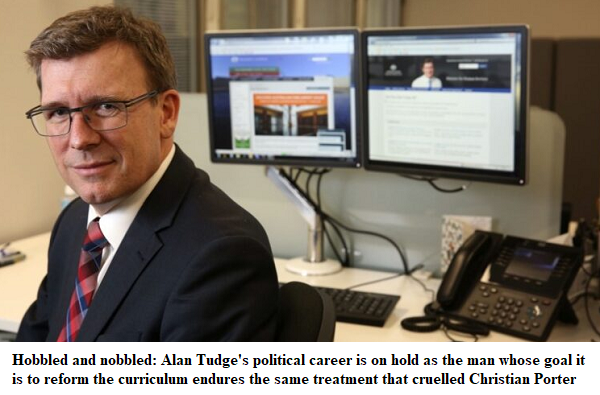 Until he stood down for an investigation of his alleged abuse of a staffer with whom he was sharing a bed, Alan Tudge was that rarity among recent education ministers: someone up for the fight to see real history taught, not the national curriculum’s compendium of Leftist memes, victimology and identity politics. Should his career be scuttled, the last hope for needed reform is a slim one indeed, as Keith Windschuttle explains.

As soon as the Gillard government published its national school curriculum for history in 2012, John Howard entered the public debate to denounce it as “unbalanced, lacking in priorities and quite bizarre”. He accused it of marginalising the Judeo-Christian ethic and purging the British contribution to Australian history.

Howard had good reason to be unhappy. The idea of a national curriculum originated in his government towards the end of his term as Prime Minister. It was founded in an attempt to combat the radical versions of history that had emerged in some of the state’s school systems. In an address to the National Press Club on the eve of Australia Day 2006, Howard argued for a renewal of history education to promote “Australianness” to school children. He said the history of Australian democracy had become lost in the states’ school syllabuses. They had turned what was once a record of Australian achievement into a story of blame and censure. What was needed was a root and branch renewal to restore history to its proper place in the curriculum with a more positive national story.

It was not long, however, before the national curriculum that Howard originated fell into the hands of the Labor Party governments of Kevin Rudd and Julia Gillard. The left-wing bureaucrats who had long ruled state education departments set about installing their own ideas of what should be done. The only Australian achievement they would teach was the struggle of victims against our supposedly inherent racism, sexism and homophobia and how the purpose of education in the Western world should be to combat such thoughts and “empower” their victims.

Although Labor lost government to Tony Abbott in 2013, none of the Coalition’s Ministers for Education in the subsequent eight years saw fit to displace the curriculum that caused John Howard so much concern. That is, until Alan Tudge gained the portfolio in December 2020 and saw the revised version of the national curriculum developed by the Australian Curriculum and Reporting Authority. As I argued here last June, that new curriculum was the most militant yet produced. It endorsed every one of the major claims made by left-wing climate warriors, radical feminists, LGBT+ advocates and indigenous activists. It was not a curriculum that taught history at all, but an exercise in the indoctrination of identity politics. It was aimed at teaching kids to hate Australia.

Fortunately, Tudge saw through the whole exercise and decided to take a stand, especially on the treatment of Australia’s history. He sent the document back to ACARA to be changed, saying:

I remain particularly concerned when it comes to the history curriculum. These are matters core to who we are as a nation. We should expect young Australians leaving school to understand how our nation is one of the most free, wealthy, tolerant and egalitarian societies in all of human history—and a magnet for millions of migrants … Ultimately, students should leave school with a love of country and a sense of optimism and hope that we live in the greatest country on earth and that the future is bright. ACARA’s April draft certainly did not meet this standard, and I was deeply disappointed in its ideological misgivings about our nation.

When he wrote this last October, Tudge had overseen some improvements, such as recognition of our Christian and Western origins, a reference to the importance of patriotism and freedom, and the removal of one assessment that tested students on whether historical statues were racist. Tudge said these were positive changes, but “there is still a way to go”. 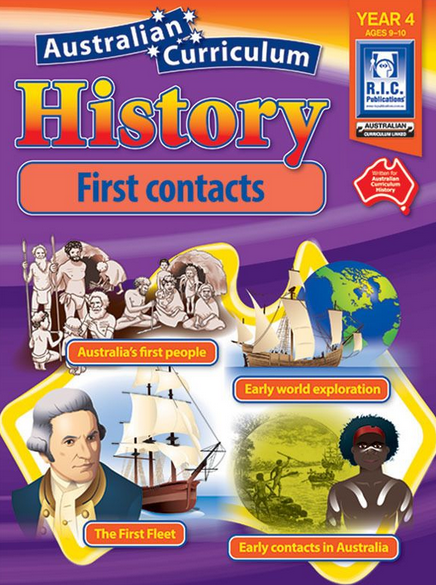 Unfortunately, Tudge’s stance may have cost him his job. On December 2 he stood down from the ministry after his former media adviser, Rachelle Miller, accused him of emotional and physical abuse during a consensual relationship the pair had in 2017. She alleged in a public statement that the physical abuse occurred once when they were in a hotel bed together and he kicked and swore at her. Tudge denied the allegations, saying he “completely and utterly rejects Ms Miller’s version of events”. Scott Morrison announced that Tudge would be subjected to an independent review run by the Prime Minister’s Department.

However, this review will have trouble remaining independent or objective. It was given the job just two days after the Sex Discrimination Commissioner in the Australian Human Rights Commission, Kate Jenkins, attracted considerable publicity for her report claiming that one in three staff employed in the federal Parliament had supposedly been subjected to sexual harassment. It’s not hard to see a connection between the timing of Rachelle Miller’s accusation and the exposure that Jenkins’s report received in the news media.

Moreover, the tactic used by the complainant in this case is very similar to those that put Cardinal George Pell in prison and destroyed the political career of Attorney-General Christian Porter. Both these cases derived from accusations of sexual abuse for which there were no witnesses and no corroborative evidence, but where the climate of public opinion was highly charged by a major inquiry or commission appointed to find anyone accused guilty. In both cases, the ABC led the media pack as mouthpiece for the complainants. Tudge is up against the same kind of campaign.

Unfortunately, his suspension from the ministry and the cabinet must impact on his revision of the national school curriculum, which is now presumably put on hold. So what are the prospects of going further than the few minor amendments he has made so far?

One of the obstacles any kind of national curriculum has to overcome is the fact that education is a state responsibility and the states need to be onside if the curriculum is to be delivered as it was written. In fact, when the curriculum is being developed, state bureaucrats provide the major components of the educational content.

At the same time as the original draft of the national curriculum came under fire from conservative voices last June, the Victorian government was making decisions on its own about what it would teach. According to the Education Editor of the Melbourne Age, Adam Carey, Victorian education authorities plan to overhaul Australian history for 2022. This new version of the subject will replace the current version based on historical chronology. Instead it will focus on four major themes: Aboriginal land management; race and immigration; environmental politics; and struggles for women’s equality. Issues such as the fight for LGBT+ rights and the “frontier wars” between First Australians and colonialists, Carey says, will also be given more exposure. The revised course is designed to stem a steady decline in the number of enrolments in the subject. The Age quotes a history teacher saying the new version was “trying to tap into what the kids are into”. “The course is great,” she said, “but the numbers are low and I think we’ve got to try and make it sexy.”

Meanwhile, back in the classroom, the objects of all this political pedagogy have been voting with their feet. In every state, school students who take history as a subject up to their final year at school are not responding in the way their controllers want. They find history and its current political objectives boring and prefer other courses. The numbers who now take the subject up to final year have shrunk to a fraction of what they once were.

Because of the inevitable opposition from both state bureaucrats and teachers’ unions, the prospect of turning this around quickly by means of a revised national curriculum is all but insurmountable. The hope that Australian history could be used to teach Tudge’s view that our nation is one of the most free, wealthy, tolerant and egalitarian societies on Earth will take a lot more than the efforts of one well-intentioned federal minister, even if he does overcome the activists trying to bring him down now.

Instead, the best hope for the sentiments that Tudge and Howard endorse lies with the states. If one state decided to ditch the national history curriculum and go it alone, it could turn around the falling enrolments with a course based on the best of Australian political and cultural values. It could set an example that would instil some enthusiasm for the subject among both teachers and parents in other states as well. And, hopefully, it would also attract their children to study how these values emerged, thereby teaching them to love rather than hate their own country.