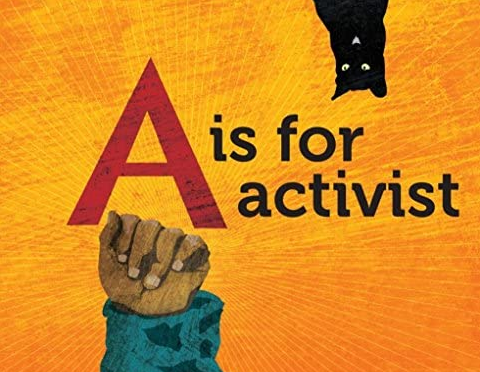 When little else in the world makes sense, history is the defining discipline. It carries extraordinarily important lessons for us and the future that we seek to shape. It can demolish prejudice. It is a reminder that there are hard decisions that have to be made, and the importance of making them and not shying away from them. And it can also inspire and point us to new horizons … We cannot, in facing our future, in the most consequential geopolitical realignment in our lifetimes, abandon what Arthur Schlesinger described as “historic purpose”. We have to be informed by a sense of not only who we are, but from where we have come.
—Brendan Nelson, on launching A Liberal State: 1926–1966 by David Kemp

The audience at the launch in Sydney on April 29 of the fourth volume of David Kemp’s monumental history of Australian Liberalism nodded in agreement at Nelson’s comments on the centrality of history to understanding society. He described the book of his former ministerial colleague in the Howard government as a “towering masterpiece” which he wished he had read at the outset of his political career: “It brings so much understanding and enlightenment to who we are and where we are today.” (The book is reviewed in detail by William Poulos in our Books section in the upcoming June issue.)

On the night, those attending were obviously pleased with the impact both the book and its three companion volumes were likely to have on the future writing of political history in Australia and on the reputation of the single most influential character in Kemp’s latest narrative, Robert Gordon Menzies. The organiser of the book launch, the Menzies Research Centre’s Nick Cater, also announced that he had just signed a deal with the University of Melbourne to host the Robert Menzies Institute, a prime ministerial library and museum with Georgina Downer as executive director. Everyone hearing this felt things were looking up.

The next day, reality returned with a vengeance. The Australian Curriculum Assessment and Reporting Authority released the new national school curriculum for history from Years Seven to Ten. None of its content bore any resemblance to that of David Kemp’s book. The curriculum has no analysis of the origins and history within Australia of liberalism or democracy. No appreciation of the degree of political, social and economic freedom enjoyed by all Australian citizens. Nothing to give any idea of how Australia became the prosperous, civilised country it has long been. No clue about why the great majority of Australians feel so lucky to live here.

The curriculum contains no mention of Robert Menzies or his political rivals John Curtin and Ben Chifley, or of any other of our prime ministers. No mention of other long-serving leaders such as Bob Hawke or John Howard. Yet there are plenty of names of other political identities that students will be required to study. Here is one list from the syllabus for Year Ten:

There is no prize for guessing what they have in common. They are all Aboriginal political activists. These are the people the curriculum wants young Australians to regard as our most historically significant.

In September 2012, when the Gillard government published the first national curriculum for history, John Howard felt called on to re-enter public debate to denounce it as “unbalanced, lacking in priorities and quite bizarre”. He accused it of marginalising the Judeo-Christian ethic and purging the British contribution to Australian history. The 2021 ACARA curriculum is far worse than the one Howard saw. It is even worse than made out in the highly critical review by Geoffrey Blainey in the Australian on May 6. It reads like a wish-list straight from the Green Left Weekly. It endorses every one of the major claims currently being made by left-wing climate warriors, LGBTI advocates and indigenous activists. In fact, it is not a curriculum that teaches history at all. It is an exercise in the indoctrination of identity politics.

What makes this especially concerning is that it has been produced in a period when John Howard’s Coalition successors have held the reins of political power, and when all the members of the ACARA board responsible have been appointed or re-appointed by either the Turnbull or Morrison governments. If the Coalition allows this atrocity to be inflicted on the current generation of Australian high school students, Robert Menzies will be groaning in his grave. As both John Roskam of the Institute of Public Affairs and Rita Panahi in the Herald Sun and Daily Telegraph have written, this curriculum is aimed at teaching kids to hate Australia.

The curriculum for history covers Years Seven to Ten of high school.  The full text can be read here.

In Year Seven, the study of ancient Aboriginal society, now re-branded by this curriculum by the legally inaccurate term of “First Nations Peoples”, is compulsory and takes up half the course. The other half can be a study of either ancient Egypt, Greece, Rome, India or China. For the study of the First Nations, it lists the following (this and other dot-point lists are all reproduced verbatim):

# the absence within Aboriginal society of such technologies as wheels, pottery, farming and metallurgy were not signs that it was primitive. Such an idea comes from “now discredited” theories of cultural evolution.

In Year Eight, there are three sub-strands, one on the Western and Islamic societies; one on societies in the Asia-Pacific region, and the third called “Expanding Contacts”. Students must take at least one topic from each sub-strand. There is actually some interesting ground that could possibly be covered here, especially on the origins and rise of Christianity and Islam and their spread across the globe, and also on Europe and Asia in the Middle Ages. However, it is organised so that teachers can choose between covering the origins and growth of either Christianity or Islam, but don’t have to study both. This virtually guarantees that students at Islamic schools will gain no knowledge of Western history and its place in Australian society.

In Year Nine, the curriculum returns to its central political objectives. It requires students to study the awful destruction wreaked on the First Nations Peoples by the evils of European imperial expansion. In a study of the “making and transformation of the Australian nation from 1750 to 1918”, students will study:

# the impact of invasion, colonisation and dispossession of lands by Europeans on the First Nations People of Australia such as frontier warfare, genocide, removal from land, relocation to protectorates, reserves and missions.

# the effects of colonisation, such as frontier conflict, and the massacres of First Nations Australians; the spread of European diseases and the destruction of cultural lifestyles [NB: diseases such as smallpox are identified as “European” rather than originating in Asia]

# the effects of sheep and cattle farming on the Australian landscape, such as loss of native plants, compacting of soil, and water run-off

# the forcible removal of children from First Nations Australia families in the late nineteenth century/early twentieth century (leading to the Stolen Generations), such as the motivations for the removal of children, the practices and laws that were in place, and experiences of separation

In Year Ten, students are required to study two main topics: the Second World War and “significant movements for rights and freedoms in the world”. The second of these is a list comprising: “the US Civil Rights movement, First Nations Peoples of Australia rights movements, South Africa’s anti-apartheid movement, women’s movements, the LGBTQI+ movements”. Once again, the curriculum devotes most of its attention to the study of indigenous Australians. The following is a list of content descriptions:

# the significant events in the movement for the civil rights of First Nations Peoples of Australia and the extent they contributed to change, including 1962 right to vote federally, Freedom Rides, 1967 Referendum, Tent Embassy, Reconciliation; Mabo decision, Bringing Them Home report (the Stolen Generations), the Apology

# areas, such as education, health and employment, that are the focus for continued civil rights action for First Nations Peoples of Australia, and why there continues to be a need for such action

# the legacy of children’s experiences in “care” (their placement in orphanages, Children’s Homes, foster care and other forms of out-of-home care), and the significance of this in relation to the United Nations Convention on the Rights of the Child (1990)

Although this course is supposed to be about “rights and freedoms”, the course content also places environmental topics within this category. Hence, if teachers or students have had enough of the problems of indigenous Australia they can study green ideology instead. Here is the recommended list of topics:

# the influence the rise of the Australian Greens party has had on shaping Australian government policies on environmental threats, including deforestation and climate change. [NB: No other political party gets this kind of treatment]

# how international organisations, such as Conservation International, Greenpeace, the Environmental Defense Fund, The Nature Conservancy, Ocean Conservancy, the World Resources Institute and the World Wildlife Fund, advocate to change government policies around environmental threats, including deforestation and climate change

# the impact of the United Nations on responding to environmental threats, including climate change, such as the United Nations Framework Convention on Climate Change (1992), the Kyoto Protocol (1997), the Copenhagen Accord (2009), the Paris Agreement (2016)

# the significance of ideas about the environment, such as Gaia theory, the limits of growth, sustainability and rights of nature

# environmental effects such as the flooding of Lake Pedder in Tasmania, deforestation in Indonesia, the decline of the Aral Sea, the Exxon Valdez oil spill, the whaling industry

# the struggle over American, British and French nuclear weapon testing in the Pacific from 1946 to 1996 or the sinking of the Rainbow Warrior in 1985.

And then if teachers are not interested or cannot find the time to prepare materials replete with Aboriginal or Green propaganda, the curriculum offers other acceptable topics for Year Ten students:

# the debate over multiculturalism that arose in the 1980s

# the debate over the government policy of mandatory detention of asylum seekers, including its development over time from the Keating government to the present day

# the global debate over the use of nuclear energy from 1960s–present and its change over time, including the effects of nuclear disasters such as Three Mile Island (1979), Chernobyl (1986) and Fukushima Daiichi (2011) on the debate

# the changing contribution of the Australian rock ‘n’ roll, film and television industries to Australian culture and identity through the development and export of music, film and television, such as The Seekers and Kylie Minogue from Melbourne, the Easybeats and INXS from Sydney, the Bee Gees, the Saints and the Go-Betweens from Brisbane and “Crocodile Dundee” (1986)

The last item on this list is laughable. It looks like something that a long-retired curriculum author thought might attract those students who find identity politics completely uninteresting. I know this is supposed to be a course in history, but in terms of adolescent popular culture, the names in this item are like relics from an archaeological dig. Anyone old enough to remember the names of The Seekers or the Easybeats would by now either be in an aged-care facility or spoonfed at home by Meals on Wheels. No self-respecting sixteen-year-old in Year Ten would fall for this. It is, in fact, a good symbol of all that ACARA is trying to foist onto the education system: an utterly irrelevant, wearisome offering from the boring Left of the political spectrum whose only result will be to turn students off the study of history for life.

26 thoughts on “The Killing of History”

The Woke Erasure of all That’s Good About the West