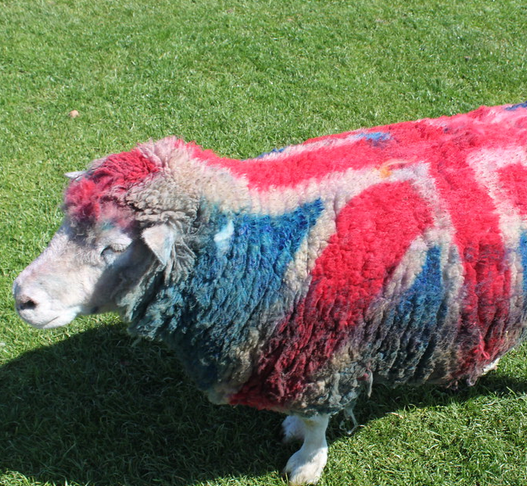 There was a maxim famously drummed into Bill Clinton’s campaign workers, “The economy, stupid!” But therein lies a paradox. The publics of Rich World countries certainly do expect their economies to deliver the goods, yet still register remarkably little interest in the industrial and commercial nuts and bolts – the enterprise, in other words — generating that wealth. That’s a shame because it can be hugely more interesting (and revealing) than the Punch and Judy knockabout of the daily political news.

The following is an exploration of this paradox in a particular case: the UK and its recent convulsions over whether its best interests lie within or without the European Union. But the citizens of other rich economies tend – albeit to varying degrees – to be similarly oblivious of the anatomy of their own particular capitalist Golden Geese.

You would think that, having just taken a four-year intensive course in To Leave or Not to Leave, the economy would be one subject on which the British electorate would be particularly well schooled. The Brexit civil war has been an absolute bonanza for the news media, with four solid years of TV and radio talk-talk and acres of newsprint. Much of this verbal hosepipe has been showering the public with opinions on whether membership of the EU is good thing or bad for the British economy. But, as a Brexit agnostic, what has struck me most forcibly is how conspicuous by its absence has been any detailed data on Britain’s economic performance relative to other European nations. Nor, on either side of the argument, any informed analysis of how Britain’s economic culture and history has shaped that performance for good and for ill.

Take, for example, the claim that it is EU membership which has impeded the ability of British manufacturers to export to the world beyond. ‘Remainers’ could easily have given the lie to this delusion by reference to World Bank trade flows by country  which show that its major EU competitors already typically enjoy a stronger export performance with this world beyond (including the Asian boom economies, Japan, the US and even Iran). But economic statistics seemingly are not what drives the Brexit media circus. I suspect that only a minority of ‘educated’ media commentators would comprehend economics as being (as in Lionel Robbins’s classic definition) a study of human behaviour – the interaction of scarcity and desire, in other words – or whose thinking about economic decisions is properly informed by the concept of opportunity cost. Some journalists even indulge in a false-modesty pose of mathematical and statistical incompetence as a kind of fashion statement.

Getting too detailed about the UK economy could be, in any case, risky territory for both ‘Remainers’ and ‘Leavers’ because it would involve confronting some of the electorate’s cherished mythologies. It risks revealing that Britain’s economic weaknesses are essentially its own affair, neither particularly helped nor hindered by membership of the EU. Britain’s failure to build and sustain homegrown industrial giants on the scale of EU competitors in France and Germany is (or should be) a national embarrassment. As is its chronic low productivity.  Britain deluded itself for a hundred years about its pre-eminence as a manufacturing nation, a major reason why it failed to match or even copy the wellspring of innovation of its competitors.  The hard fact is that Britain’s relative industrial decline began right back in the second half of the 19th Century, as soon as better adapted nations like Germany and the US began to compete with it. One reason for this is that in the UK’s class (and education) system, the engineer and technologist has always been rather looked down upon. The real cost of this cultural snobbery has been the survival of a culture of industrial management hopelessly outclassed by the international competition. Instead of facing up to these long term fundamentals, poor performance has always been blamed on the policies of this or that recent government. It is a delusion with echoes all the way to the present time.

In the 1980s, Thatcherism did give Britain a hard and long overdue lesson in economic realism, albeit one that has still only been partially taken on board. This did kick-start a greater focus by the British on what are probably their greatest strengths: business start ups and trading in services. London, for example, is now more comfortable than ever in its role as a great global financial bazaar. These more recent changes will necessarily have implications for how Britain should best position itself in the global economy. But media discussion of this has been at best vague and nebulous; not detailed and rigorous.

Leavers could have made much more of the gulf that exists between British and French economic philosophies as a reason for getting out of the EU. The British are arguably the only nation that believes unreservedly in ‘free trade’ (and so it is that the UK’s utilities, railways and automotive industry are mostly foreign owned.) The French, at the opposite end of the spectrum amongst Western nations, are fiercely protectionist, and not only of their national infrastructure but equally of their big blue-chip ‘private’ enterprises. And this is just one aspect of a deeply asymmetric relationship between Britain and France in economic matters. Another is the fact that whilst Britain genuinely de-colonised (or was forced to do so) France has doggedly kept its post-colonial claws dug deep into large parts of Africa by means both of its CFA currency economic hegemony and its Francafrique cultural hegemony. The worst aspect of this asymmetry is that the British public is almost entirely unaware of any of it, having absorbed for many decades now the “our European allies” rhetoric of a largely Francophile media establishment.

Remainers could have countered the Brexiteer bugbear issue of stifling EU bureaucracy by elaborating the many instances where the UK Civil Service, far from being dragged along by EU regulation, actually has a history of ‘gold plating’ it, thereby scoring own goals in terms of competitiveness with Continental neighbours. This though might risk becoming a Pandora’s box, compounding hostility to the EU with hostility to the interventionist-leaning Establishment as a whole.

Leavers, in making the case for a trade reorientation more towards the Anglosphere, could have made much more of the advantages to the UK of English as the lingua franca; something that has been particularly helpful in facilitating Britain’s relatively advanced digital economy.

Another largely unreported aspect of the UK economic culture is that – moreso any other industrialised nation – it is a culture of the short term, not the strategic long term. Thus it has broken up, flogged off or simply left to rot virtually all of its formerly giant home-grown industrial corporations. Meanwhile the allure of romantic stories of national prowess (Concord, the Mini, Dyson, Tim Berners Lee single-handedly ‘inventing’ the internet etc etc) to a journalistic culture with little real interest in either technology, industry or economics has – for the UK’s actual productive prowess – been a toxic combination. This complacent economic illiteracy has been a drag on the UK’s competitiveness within the EU and will continue to be so if and when it leaves.

Little, if any, of these kind of issues find their way into media discourse. Instead there is lots of what journalists and producers love, which is pointing a microphone at some random (or slyly selected) person and asking “What do YOU think?” The theory is that this anecdotal approach brings the economics to life. The truth is that this kind of journalism is not really much about its ostensible subject at all; rather, it’s more about manufacturing a spurious drama.

Of course the Brexit debate has been about more than just economics. One could point to the UK’s history as a uniquely stable and relatively liberal polity, going back two hundred years and more, and contrast that with the historic fragility of European democracies. And does it even matter so much what Brexit might or might not do to the UK’s GDP? Certainly it is right to question, for example, to what extent GDP per capita is really a measure of quality of life. But to critique the standard tools of measurement of economic wellbeing you first need to understand them – and what they do and do not signify. In media driven, post-Enlightenment Britain, this is apparently unnecessary. All you need to know is how you feel.

It is undeniably the case that even if all my imaginary economically informed Brexit pundits were laid end to end they would still not (as in George Bernard Shaw’s quip) have reached a conclusion. On the other hand, the Brits might then have been somewhat more likely to have made a success of either option – whether it be “in” or “out”.

Graham Cunningham has contributed to Quadrant, The New Criterion, The American Conservative and various other journals.