Nothing New Under the Sun, Lies Included 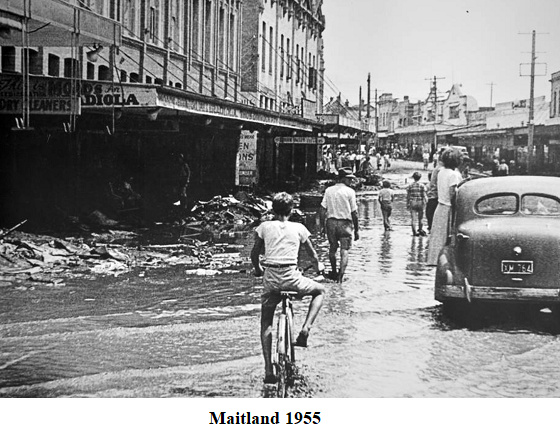 In the intercessory prayers at church on Sunday, a congregant prayed for those affected by floods in Pakistan and NSW. While I was certainly willing to add my “hear our prayer” response,  I confess to momentarily forgetting about the floods in Pakistan. The world is full of woe and it’s hard to keep up, particularly as I’m not the avid follower of the news as once I was. Anyway, I find myself too much in the minority, too often, to want to talk about it. For example, when I go onto the comments section of the conservative UK Daily Telegraph following an article on Ukraine; overwhelmingly, I find jingoism by proxy aimed at Russia. No one quite sees the immorality, as I do, of America and the UK (to a lesser extent, along with Australia) supplying unlimited armaments to one side while studiously spilling no blood. Something about it, doesn’t square with me. I might be wrong. Need an authoritative script to say what’s right and wrong. There is such a script of course. It’s the Bible. But it appears to be opaque on this specific matter. Not on all, as I’ll come to.

On the NSW’s floods, I read that “Condobolin, west of Forbes, is preparing for the Lachlan River to hit 7.8m, its highest level since 1894.” Tried to look up the 1894 flood and before I knew I was reading The Maitland Daily Mercury dated 18 June 1930. The headlines cascaded: “Flood waters sweep over farms and pastoral lands. Lower Hunter devastated. Worst disaster in places since 1893. Vast inland seas of water. Many people driven from their homes. Farmers lose heavily.” I assume the floods of the late nineteenth century traversed 1893 and 1894. Must have been pretty bad. However, call me a non-presentist, my predilection is to think that there were major floods between 1788, when Captain Phillip landed, and 1893; and, I just bet, the Aboriginals saw worse floods in the centuries before 1788.

Solomon put it in perspective. “Sometimes there is something of which one says: look this is new! – it has already existed in the ages before us.” (Ecclesiastes, 1:10) Unfortunately, the wisdom of Solomon has had zero influence on climate hysterics; including Chris Bowen and the Teals, and the sheep bleating and voting in their wake. Perhaps if they ever even conceded that weather happened before records were kept, it might help.

I looked up floods in the United States. Can’t vouch for it but Time lists the top ten. The earliest recorded is in California in 1861-62. Only two could be remotely connected with climate change, the Mississippi River in 1993 and Hurricane Katrina in 2005. And what a long bow such a connection would represent. A little while ago I wrote piece elsewhere on Australian and American weather records. Here’s a potted list:

♦ According to NOAA, “the 1930s ‘Dust Bowl’ drought remains the most significant drought –– in the United States’ historical record.”

♦ According to National Museum Australia, “the ‘Federation Drought’ from 1895 to 1903 was the worst in Australia’s history, if measured by the enormous stock losses it caused [moreover] South-Eastern Australia experienced 27 drought years between 1788 and 1860, and at least 10 major droughts between 1860 and 2000.”

♦ On June 24, 1852, “a catastrophic flood swept through the New South Wales town of Gundagai…The disaster is still the deadliest flood in Australia’s recorded history.”

♦ “For the Upper Mississippi River Valley, the first few weeks of July 1936 provided the hottest temperatures of that period, including many all-time record highs.”

♦ Despite the Australian Bureau of Meteorology trying to scrub the inconvenient measurement from history, the highest temperature ever recorded in Australia was 51.7°C in Bourke on January 3, 1909.

♦ On broken infrastructure, go to Galveston in 1900 and to the greatest natural disaster in the history of the United States.

As the Labor government wrestles with high gas and electricity prices and contemplates interventions of a damaging kind, it would be nice if facts took centre stage. What’s hard, for example, about conceding that cyclones in the Australian region have trended down since 1970-71?

What’s hard about it? It undermines the narrative. When the “facts” on which your whole edifice is built are, literally, made up, with no basis in reality, truth cannot be allowed to shine a light. So, today’s floods, droughts, bushfires and cyclones are attributed to man-made climate change; even, bizarrely, to Australia’s recalcitrance or Scott Morrison’s.  That worse things happened a century ago is blanked out.  Lying, of which the Bible speaks much, becomes addictive. It’s a short step from blaming inclement weather on climate change to claiming that intermittent low-density renewable energy will power a modern economy and reduce electricity prices.

It’s a self-supporting empire of lies – each one propping up the other. Can’t afford a chink of truth lest the edifice crumbles.

40 thoughts on “Nothing New Under the Sun, Lies Included”