When Liberals Gussy Up in Green Drag 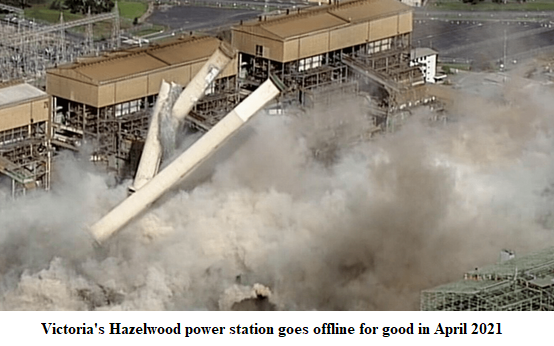 The advice to governments from the Energy Security Board (ESB) recommendations on the post 2025 electricity market has brought howls of outrage from the renewable energy sector. Wind and solar electricity suppliers, who already get half their revenue from subsidies, were hoping for more of the same.  The ESB does envisage additional subsidies in the form of transmission lines to link remote supplies but the centrepiece proposal is a “capacity” payment to generators.  This rewards those generators able to be dispatched by the market manager, as opposed to relying on the weather to make them available.

The ESB policy proposal was motivated by fears that the breakneck increase in supply of inherently intermittent and unreliable electricity from wind and solar is making more traditional supplies unprofitable and forcing their closure.  Under present technologies, traditional supplies are essential for system security.

Even in the present “energy only” electricity market, retailers have very strong incentives to take out insurance against the non-availability of the wind/solar supplies they have contracted.  Without such insurance, an electricity retailer is obliged to cover supply shortfalls on the spot market.  This can entail buying electricity at $15,000 per Megawatt hour to cover demand for which they receive payment of only $300 per Megawatt hour.  By providing capacity when it is needed, retailers’ insurance contracts reward dispatchable plant – especially hydro and fast-start gas plant but also coal, albeit to a lesser degree because it is less flexible.

The ESB has taken the view that this contracting is inadequate, partly because there are limits to how long very high prices are permitted to prevail. In addition, traditional plants featuring heavy generating machinery provides “system strength”, which is unpaid for and which as wind/solar supplies increase, the market manager must increasingly buy.

Ironically, although wind and solar interests have been quick to dub the new measure “coalkeeper”, it is being proposed precisely because of the inadequacies of wind and solar generator supplies.  Hence, to the extent that it increases revenues to other supplies, this constitutes a further subsidy to renewables!

In Australia and across the world, market controls over energy in response to fears of emissions bringing about climate change have come to dominate politics.  While leftist and green parties solidly support carbon taxes or subsidies to renewables, the politics of climate change and renewable energy is causing a kaleidoscope of policies on the right. Among major developed countries, the US, post-Trump, is alone in seeing conservatives opposing support for renewables or penalties to hydrocarbons.

In Germany, with an election pending, all parties with the exception of the newly formed Alternative for Germany (AfD), with 11 per cent support, back carbon tax variations, while France’s right is wall-to-wall in favour of more carbon abatement.

In the UK, David Cameron championed carbon emission restraints, thereby  offering a modern example of a conservative successfully stealing his opponents’ policies.  “Dishing the Whigs” was the strategy that Conservative leader Benjamin Disraeli employed a century and a half ago in his 1867 Reform Act.  This adopted his opponents’ policy by increasing the number of eligible voters by 88%. Though applauded, the strategy failed and Disraeli lost the next election. As UK Conservative Party leader from 2005, David Cameron campaigned on the Labour Party agenda favouring wind and solar (“vote blue to go green”) and became Prime Minister in 2010.  Prime Minister Boris Johnson, though once opposing green subsidies, has maintained the policy.

Australia is more nuanced. The Commonwealth, desperate to avoid further damage to the electricity supply, is seeking to avoid further penalties on coal and instead is financing pie-in-the-sky solutions like batteries, pumped storage, “green” hydrogen and carbon capture and storage. The hope is that this will offer sufficient credentials to withstand pressures for more carbon taxes at November’s climate summit in Glasgow.

In NSW, the Liberals, many reliant on funding from renewable energy interests, led by Energy Minister Matt Keen, are introducing additional subsidies for wind and solar. The Victorian Liberals, similarly influenced by renewables funding, have sought to double down on the ALP’s green policies.  They propose a new $350-400 million subsidy for augmented transmission to deliver renewable energy contracted by the state government’s power purchases.

In South Australia there is little of substance dividing Labor from the Liberals.  Subsidies coupled with the state’s wind resources mean it now has the greatest dependence on wind in the world.  Desperate to export surplus supplies (all of which are subsidised) and get security when the wind doesn’t blow, South Australia is championing new transmission links which consumers will be forced to finance.

The risks to conservatives in adopting amplified versions of their rivals’ energy subsidy policies were demonstrated in Western Australia earlier this year.  The Liberals, campaigning on more extreme green policies than the ALP, were left with just two out of 59 seats in the lower house.

For political parties representing those favouring smaller government and lower taxation, adopting the opposite measures severely dents credibility with electors, especially with the party’s base. Me-tooism on climate policies by the ostensibly conservative Liberals risks loss of support to One Nation, the Liberal Democrats and others, possibly including the Canavan wing of the Nationals.

7 thoughts on “When Liberals Gussy Up in Green Drag”

Burn the Rich, Cool the Planet