Pin the Tao on the Climate Donkeys 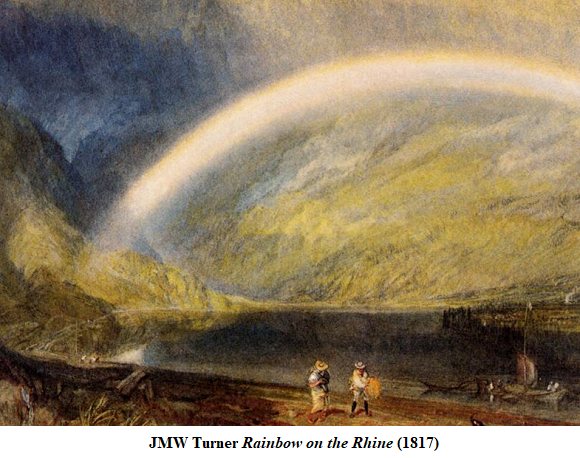 The ancient Chinese philosophy of Taoism, much maligned in Communist-ruled China yet still widely admired in neighbouring Taiwan, contains some fascinating insights into the nature of humans and, indeed, the essence of universal natural phenomena at large. Anyone familiar with some of the teachings of Taoism, which arose around 250BC out of the naturalist school of ancient Chinese philosophy and is encapsulated in one of Taoism’s foundational texts, the Tao Te Ching, would recognise the paramount role that this philosophy places on paradox. Such everyday nostrums as, ‘keep your allies close but your enemies closer’, echoes Taoist philosophy, as do oft-repeated phrases such as ‘the longest journey begins with the smallest step’.

These Western reflections on Taoist philosophy are readily trotted out, more often than not, by those who know little of their origins. Some exactingly transcribed phrases from varying verses within the Tao Te Ching shine an even more focused light on the paradox of human nature, such as ‘Those who know don’t lecture. Those who lecture don’t know’ and ‘The further we go, the less we know’ but perhaps this propensity for paradox is best summed up in an extract from the Tao Te Ching, with this simple yet profound insight laid bare in simplistic terms

At this point the reader may be wondering what the philosophy of Taoism has to do with on the recent floods in Germany and neighbouring nations, the focus of this article. These were inundations we were quickly assured were ‘unprecedented’ and a further sure sign of anthropogenic global warming (AGW). But, as is always the case with these climactic prognostications, all is not what it seems.

The World Meteorological Organisation (WMO), which is the United Nations’ official clarion of all things weather and climate (when the hapless IPCC is not in the spotlight), was quick to jump on the AGW bandwagon in the wake of the torrential rain and subsequent flooding that impacted Germany, Belgium and Luxembourg between the July 14 and 16 and caused the loss of some 180 lives. The WMO released a statement as the rain was still coming down,

Heavy rainfall that has triggered deadly and catastrophic flooding in several western European countries, is just the latest indicator that all nations need to do more to hold back climate change-induced disasters

WMO spokesperson Clare Nullis went on to add: “Certainly, when you see the images we’ve seen in Germany, Belgium and the Netherlands this week it’s shocking, but under climate-change scenarios we are going to see more extreme events, in particular extreme heat.” She went on to draw attention to the Gulf of Finland, in the Baltic, having been at a “record” high” on July 14, making it the warmest recorded water temperature since records began … wait for it …. all of 20 years ago.

The UN and its meteorological arm, the WMO would not let such an opportunity pass without addressing its core goal and function under Secretary-General Antonio Guterres — to reset the global economy — so Ms. Nullis  clarion call for emergency climate action action came as something of an overture to this year’s November UN climate conference in Glasgow, known in climateer shorthand as COP26. As is so soften the case with professional alarmists attempting to manipulate — nay, panic — public opinion, her focus was on the relatable. ‘The highest flood warning is in place at popular tourist and camping locations including lakes Biel, Thun and the Vierwaldstattersee, with alerts also in place for Lake Brienz, the Rhine near Basel, and Lake Zurich,” she said.

Now I love a good deluge from time to time. They put pay to the green droughtmongers amongst us, such as our own Tim ‘The Dams Will Never Fill Again’ Flannery. And, lets face it, since our own most recent drought broke just in time for COVID to generate a different variety of fresh and scary headlines, we have experienced a couple of good old fashioned cats-and-dogs downpours here in the land of droughts and flooding rains. Indeed, I had the pleasure of sitting out the deluge in late March that soaked the mid-north coast of NSW. This event, driven  in large part by a stalled high pressure system over Tasmania which directed constant onshore winds to the north, delivered as much as 1000mm (that’s right – a whole metre) of rain over six days to localities such Comboyne, in the hinterland behind Port Macquarie. Even I was impressed by this downpour – my cabin-fevered dog not so much.

So how did the deluge visited upon our friends in the Rhineland compare, the one that set Ms Nullis to raving about climate change obliterating favourite camping spots?  Well, I hate to be anti-climatic but those rainfall totals did not exceed 182mm over the 72-hour period that constituted the rainfall event, and in the vast bulk of localities it was well under 150mm. That is the kind of rainfall event we see every single year in multiple locations on the eastern seaboard of Australia, pretty much anywhere from Tasmania to Cape York. It seems, just like our universities’ pass marks, the bar for ‘catastrophic rainfall’ events has fallen very low indeed in the eyes of the WMO. Of course, no one is dismissing the widespread damage and loss of life that ensued, but that toll was a function of the interface between human activity and the natural world. There was nothing  ‘off the charts’ or ‘unprecedented’ about it, and Europe’s rich recorded history allows us to confirm the suspicion that the WMO was peddling a bill of goods.

Thankfully, there are still people who conduct fundamental research in these areas, but no longer any, we can assume, at the WMO. Take for instance the paper by Wetter et al. The largest floods in the High Rhine basin since 1268 assessed from documentary and instrumental evidence, published in Hydrological Sciences Journal (2011). A thorough evaluation of historic data, both in the form of historical literature, empirical measurements and instrumental records is the intention of the paper, its stated aim captured in the questions it seeks to answer

(a) How large were the peak discharges of the most severe floods in the High Rhine basin since 1268, when the first flood of the Rhine in Basel is reported?

(b) What is the seasonality of these flood events? How stationary are the flood conditions, i.e. are any trends discernible?

(c) What were the climatic, meteorological and hydrological conditions that produced floods of this magnitude?

(d) Can we identify the effects of climate and river regulation on the flood conditions during the last 200 years?

The paper’s conclusions are an anathema to the cries of the WMO. Categorising flood events across the study’s date range as either catastrophic, severe or minor, the vast weight of evidence points to a diminishing mean frequency and magnitude of floods throughout the 742 years studied.  Indeed, since 1268 through to 2010,  the dozen highest-magnitude flood events, the only ones registering as ‘catastrophic events (CE)’ within the parameters set out in the paper, occurred between 1268 and 1679, with no further events of this magnitude since. Cementing this general trend of a lessening of flood occurrence, the researchers highlight the complete paucity of severe events (SE) for a period of 121 consecutive years between 1877 and 1999 along with a pause in events rated as minor (ME) for the 110 years between 1883 and 1993.

Even within the instrumental period commencing early in the 19th century, no flood event has been of greater magnitude than those of the 1880s, and only two flood events in contemporary times (1999 and 2007) are in the 43 documented severe category across the study’s entire temporal range of the study

So where would flood data from the recent July floods fit in the historical record?

Firstly, it’s important to note that 52 per cent of all severe and catastrophic events occurred during the height of summer, as did this most recent event. This suggests the prevailing weather patterns are broadly repeated phenomena — also the case for the significant number of winter flood events in the studied period. In the case of summer events, it is generally a combination of factors, namely a stalled weather system delivering significant moisture gathered from both the North and Baltic seas or, more widely, from the North Atlantic. This has often been coupled with pre-saturated soils and the continuing runoff from heavy winter snowpack. Once again, such was the case this winter past and right through spring in much of Europe.

When looking at available data on flooding at the same site in Basel featured in the Wetter et al. paper, river flow barely exceeded 4000 cubic metres. No significant landmark within Basel was reported as inundated between the July 14 and 16. This places the most recent flooding well short of the 2007 and 1999 events and would be categorised as a minor event under the Wetter et al.-cited parameters. To give this event some perspective, tragic as it was with its loss of life and property, the historical context shows the recent event has been exceeded on almost 50 previous occasions dating back to 1268AD. Even corrected for the human influence of catchment river flows, the projected results of the 2007 and 1999 floods only rank in the middle of the severe (SE) catalogue of events.

One wonders what informs the WMO’s overt attempt to link the recent rainfall and flooding event to AGW. It is certainly not science. The record is quite clear that there is no flooding parameter, either in quantity or magnitude, in the contemporary era that has not been far surpassed in previous historical records on the Rhine. Indeed, if you really wanted to avoid being flooded out of house and home on the Rhine it is better to live there now (and be thankful you weren’t born into the period between the 13th to 18th centuries). If not evidence-based science, then we can only conclude it was ideology motivating the WMO’s public comments. As predictably as the sun being there tomorrow, the mainstream media was quick to promulgate and amplify the WMO crying wolf. The ABC, of course,  parroted the message, as in the clip below.

One could be forgiven for holding some expectations that an organisation such as the WMO would engage its audience in a fulsome and wholistic discussion on the primary drivers of climate, so as to more fully educate the global population on all the drivers that influence their daily climactic experience, wherever they may be. They could, for instance, highlight where we currently fit in the well documented solar cycle. Additionally they might open a discussion on the earth’s magnetosphere, or they might entertain a foray into the Milankovitch cycle. Of real benefit to the global dialogue on climate would be an examination of the geological record and the fact that some of the deepest and most protracted ice ages have occurred with CO2 levels up to ten times greater than the current level of 0.04% of the earth’s atmosphere. An examination of all the forcings that act on the globe’s climate in a collated analysis is sorely missing from the public debate, due to that debate having an over-zealous, almost religious-like adherence and faith in the devilment of CO2.  It is indeed a source of some humour that there are those who earnestly believe, or profess to believe, that by somehow shaving parts per million of CO2 from the atmosphere they will extinguish for evermore floods in Germany and droughts in Australia. It is an absurd notion  — or should be.

This brings us back full cycle, like the climate, to Taosist philosophy and the proper scepticism that should be directed at the AGW alarmists’ political Trojan Horse: