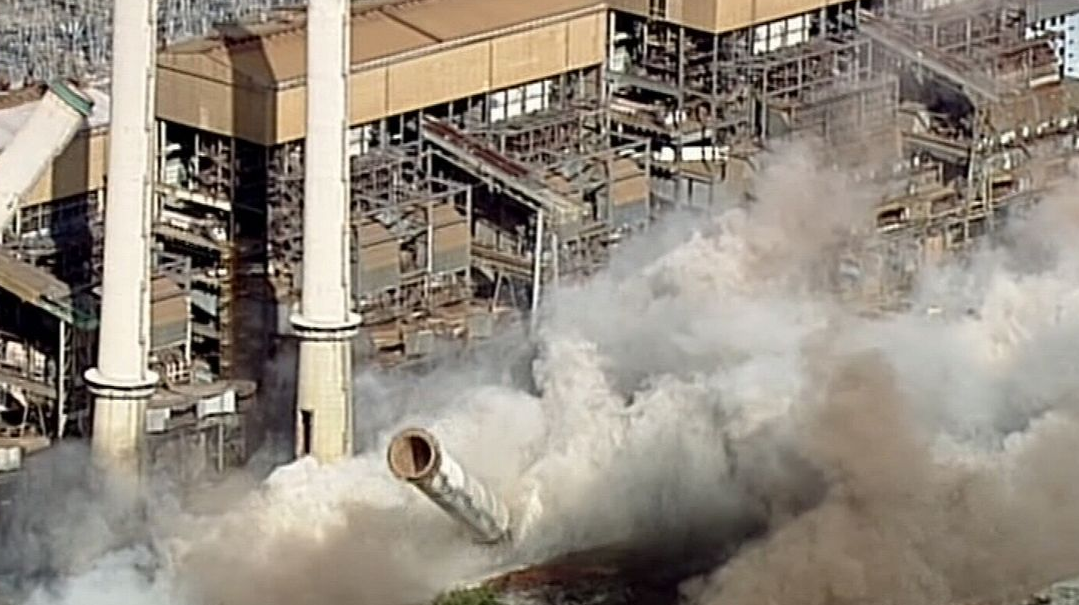 Stoking the fires of renewable energy’s purported advantages is the International Renewable Energy Agency (IRENA), an intergovernmental outfit whose chief purpose is to serve as a spigot for endless propaganda. Its official message is that fossil fuel is an archaic source of electricity now being battered by upstart competitors wind and solar. Bear in mind that world electricity supply pans out at 38 per cent for coal, 23 per cent gas and 26 per cent hydro/nuclear. Wind/solar supply 10 per cent.

IRENA tirelessly advocates for renewables, saying they “could form a key component of economic stimulus packages in the wake of the COVID-19 pandemic.” And in the purple prose so common with these green-spruiking agencies it claims, “Scaling up renewables can boost struggling economies. It can save money for consumers, pique the appetites of investors and create numerous high-quality new jobs.” Investment in renewables is amplified by other benefits, the story goes, as it is alleged to bring “health, sustainability and inclusive prosperity.” When it comes to renewables, no snake-oil salesman of old could hold a carbon-neutral candle to the likes of their modern green-lipped urgers.

IRENA would have us see renewable power installations as a key component of economic stimulus packages in the wake of the COVID-19 pandemic, claiming that replacing one quarter of the world’s existing coal capacity with wind and solar would, in addition to cutting electricity costs, bestow a stimulus worth US$940 billion, or around one per cent of global GDP.

All this is, of course, is super-heated hot air billowing from the deep pockets of IRENA’s multi-government funding. It rests upon the sort of spurious arithmetic swallowed whole by Australian governments which, having granted regulatory favours to wind/solar, cheer the dynamiting of low-cost, dependable coal plants and the consequent price escalation and network unreliability.

IRENA estimates the cost of electricity from new coal plants at between US$50 per MWh and US$177 per MWh.  The cost of plant itself is pretty standard internationally, but that of transmission and fuel is highly variable, as are construction costs.  For Australia, rigorous analysis by GHD for the Minerals Council estimated a new, high efficiency/low emissions black coal generator would be as low as $40 per MWh.  Australian coal’s locational advantages were the key to this low cost, offset somewhat by a “CFMEU” union loading disability (lifting labour costs 25 per cent above the level that would prevail without unionised rigidities).

Compared with its coal-generation cost estimates, the shaded area in the diagram below, IRENA puts the cost of solar photovoltaics as having declines to US$68 per MWh; of large scale solar to US$182 per MWh; and that of wind to $US53 per MWh.

Cost Estimates of Different Generation Sources (US$ per kwh) 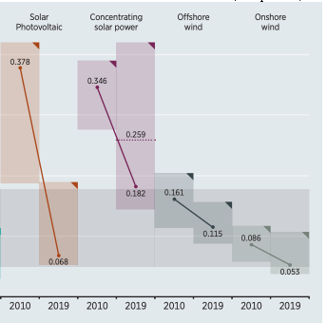 Given all these entirely confected “advantages” of wind and solar, IRENA is disappointed that global growth in renewable investment seems to have stagnated over recent years.  It attributes this to the concocted story — cooked up by itself, mind you — about “subsidies” to coal, the estimates for which are derived from another IRENA paper which confusingly traverses many different international sources with widely different approaches and estimates.

The global subsidy figure IRENA cites for fossil fuels is $447 billion, which excludes greenhouse “externality costs”.  The subsidies for coal itself are said to be $17 billion (astonishingly, this includes the UK which no longer has any generation from coal).  Germany is the largest coal subsidiser (to enable its coal industry to compete with imports). Coal comprises 40 per cent of German electricity supply, and IRENA quotes annual subsidy estimates ranging from $US 10 billion while also lending credibility to the (US)$58 billion Greenpeace estimate. Aside from coal, add a further $128 billions of subsidies to electricity generation generally, this from government-mandated price controls, estimates of concessional finance and support for carbon-capture and storage.

Coincidental to the IRENA release was a report of an agency dedicated to destroying the competitiveness of the Australian energy industry, the Global Carbon Capture and Storage Institute (GCCS).  Bear in mind that GCCS was bankrolled by the Rudd/Gillard government but, despite all that money from the public purse, it is very secretive about its accounting.  Its latest press release refers to yet another reputed success in carbon capture and storage, said to be burying 1.6 million tonnes of CO2 a year with Canadian government subsidies of C$558 million. Some may take a perverse comfort in knowing Australia is not the only country dedicated to committing economic suicide with addled “energy competitiveness” initiatives.

Agencies like IRENA parade their cost fabrications purely to arm the governments that finance them with the information they can use  to promote the subsidies that are needed – temporarily of course – to get these “clean” energy investments over the line.

The message is heard loud and clear in all Western nations (except Trump’s America) and lip service is paid to it in the developing world just so long as rich countries pick up the tab.  Most of the Western world is adopting economically debilitating emission-restraint policies, but there is no prospect of China, India, Vietnam and Indonesia sacrificing their possibilities of Western-style living standards by abandoning fossil fuels, always the cheapest energy source.  As these nations are now responsible for two-thirds of the world’s greenhouse gas emissions, all the international agitprop in the world will make no difference to the trivial global warming that the burning of fossil fuels may be causing.

Agencies like IRENA, their national counterparts, lobby organisations and leaders like that of EU President Ursula von der Leyen  continue to beat the drum even as reality bites elsewhere.

But reality bites elsewhere.  In Melbourne, several green-left councils have announced deferral of “sustainability” expenditures as they grapple with massive funding reductions in the light of the lockdown.  These councils will not be the only government agencies who decide that, with reduced incomes, saving the planet takes a back seat to saving public service jobs!

4 thoughts on “An Endlessly Renewable Source of Green Agitprop”

Turnbull Will Always Have Paris