Pulling the Wood Over Our Eyes 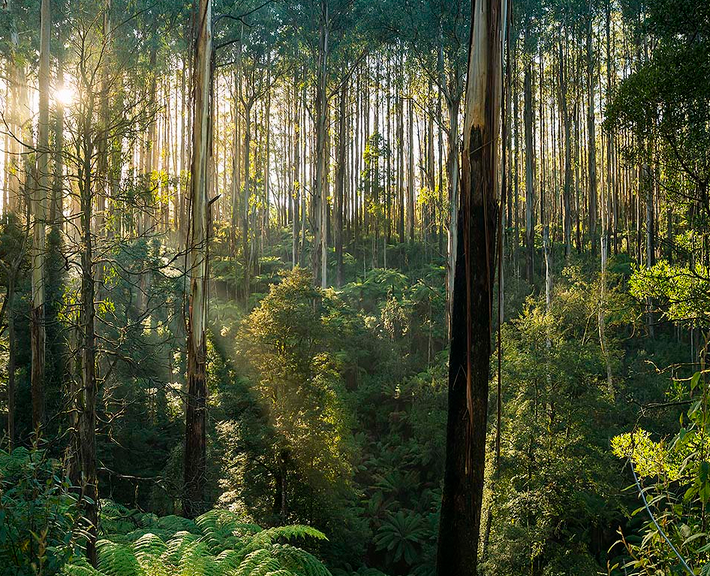 Last week, front page headlines in The Age and Sydney Morning Herald announced “Logging likely had significant effect on summer fires: scientists”. The story, also covered by the Guardian Australia and the ABC, reported on a research paper claiming to provide “compelling evidence” that timber production had a “significant effect” on last summer’s Victorian and NSW bushfires. The media coverage, included extensive quoting of the paper’s lead author, ANU Professor David Lindenmayer, and one of the other four co-authors, UQ’s Professor James Watson, effectively urging state government’s to close what is left of Australia’s timber industries to reduce the frequency and severity of future fires.

However, the quoted research paper was a mere two-page ‘comment’ published in the journal, Nature Ecology and Evolution. This ‘comment’ included 2 maps, 4 small photos, cited 21 references and described itself as a “summary of recent scientific evidence of the impacts of forestry on these fires”. It concluded with a 400-word discussion of “strategies to limit future catastrophic conflagrations”(1).

That what is essentially just a very small literature review, with no new analysis, was able to generate a front-page headline in major daily newspapers and a 15-minute ABC radio interview of one of its co-authors (Watson), arguably speaks volumes for university public relations units and the determination of some conservation scientists to drive public opinion and reshape government forest policy.

This should be of some concern to the broader scientific community given the sensationalising of an inconsequential scientific ‘comment’ into something far more significant than what it actually is. In particular, strategically timing its promotion to coincide with notable events – in this case, the start of state and federal bushfire inquiries and announcements of limited salvage timber harvesting in some burnt forests – may well generate the best media coverage, but can also create the perception of an inappropriate academic agenda that may ultimately damage, rather than enhance, a university’s brand.

More important than this is the potential for unwarranted media hype to pervert public policy based on flimsy grounds that ignore common sense and the far greater knowledge of forest scientists and field forestry practitioners. Collectively the ‘comment’ and associated media promotion by two of its authors provides a mix of questionable assertions, exaggerations, and a falsehood, including:

# That logging has had ‘severe impacts’ on 181 forest-dependent threatened species, and has profound effects on fire severity and frequency;

# Parts of the forest industry are ‘now calling for increased logging’ within both burnt and unburnt forests;

# Logging increases subsequent wildfire severity by leaving ‘large amounts of debris (up to 450 tonnes per hectare)’ on the forest floor;

# Logging increases fire risk by opening up the forest to wind and sunlight thereby making it ‘far drier’;

# Prescribed (fuel reduction) burning is ‘only effective when done within kilometres of dwellings and very regularly (repeated), around every three years’;

# That due to past logging, East Gippsland forests are burning more frequently than their natural fire interval, which is implied to be from 50 – 150 years.

The first two points don’t withstand scrutiny when viewed in a landscape context. It is simple common sense that while a very small-scale, scattered, and renewable activity, such as harvesting and regrowing patches of forest, may have some minor localised impacts, it cannot have ‘severe impacts’ on landscape-scale parameters such as biodiversity conservation and fire spread, severity, and frequency (2). Ditto for post-fire salvage harvesting, which typically occurs in substantially less than one per cent of burnt forests (3).

Claiming that elements of the forest industry are calling for an expansion of logging is also highly questionable, given that the cited Australian Forest Products Association document is actually advocating better fire prevention through increased fuel reduction by burning and mechanical means in close proximity to towns and alongside major roads. Mechanical fuel reduction may produce some usable logs, but is a far cry from an expansion of logging, especially given that the timber industry stands to be substantially diminished by the loss of designated harvestable forests in the summer’s bushfires.

Claiming that logging increases subsequent wildfire severity by leaving up to 450 tonnes of debris on the forest floor is just totally disingenuous, especially given the background of three of the ‘comment’s’ authors (4). Notwithstanding that the average amount of logging debris is hundreds of tonnes per hectare less than this, these three authors would be well aware that this debris is typically removed by post-harvest burning in the process of site regeneration. Indeed, during Victoria’s 2009 ‘Black Saturday’ bushfires, regenerating logging coupes of up to seven years old were mostly left unscathed due to a lack of ground fuels (5).

The notion that logging makes Australian forests ‘far drier’ by opening them up to sunlight and wind was first articulated in 2009 by ANU conservation scientists on the basis of a small literature review  largely focussed on overseas rainforests with closed crown canopies (6). While suddenly opening a closed canopy can have dramatic drying effects, Australia’s eucalypt forests have open canopies and the effects of logging are therefore far less pronounced.

Asserting that fuel-reduction burning is virtually ineffective in most circumstances simply exemplifies a lack of practical experience of either the burning itself, or of fighting wildfires where the benefits of previous fuel reduction are obvious. Unfortunately, similarly ill-conceived public comments from arms-length conservation scientists dismissing fuel reduction burning have been a regular feature of the aftermath of the recent bushfires and constitute a significant threat to future fire management and, indeed, to the forests themselves.

The implied assertion that East Gippsland’s forests naturally burn at greater than 50-year intervals was staggering to most forest scientists and practitioners who have spent time working in an area which is part of one of the three most fire-prone regions in the world. While the region includes some high elevation, wet forest types that would have naturally long fire intervals, the majority of the region’s forests are in drier foothill and coastal areas that would naturally have burnt far more frequently, especially given the propensity for dry lightning storms to ignite many fires each summer.

Highly questionable assertions and findings are not uncommon in any body of scientific literature.  In the past, they would have been quietly considered in the background as part of an evolving scientific consensus which, if appropriate, would eventually inform bureaucratic policy and practice. Nowadays, the publication of research papers about trendy causes, such as “saving” forests from logging, is more often a public spectacle, promoted by its authors and eagerly appropriated by lobby groups to push their agendas via a generally uncritical media. If such papers have conceptual flaws and/or factual errors, they are simply overlooked in the rush to publicise and shape their findings into a politically-attractive message. By the time these errors are unearthed, the attitudes of the interested public and politicians have already been influenced.

The nation’s forest industry sector has endured over a decade of ‘hostile science’ publicising its supposed dire impacts on bushfire frequency and severity, climate change and biodiversity conservation; despite the proportionally very small scale of native forest logging making such impacts either implausible or greatly exaggerated. This has grown into a body of scientific literature that typically ignores wider context (such as scale and proportional extent) to enable exaggerated findings, and is founded on often inappropriate assumptions, problematic evidence, and factual errors that are cumulatively compounding in successive papers (7).

These flaws are in-part due to the reluctance or refusal of conservation scientists to engage with forest scientists and forestry practitioners who could better inform their understanding of management concepts and practices. This is suggestive of an intellectual arrogance amongst academic conservation scientists effectively claiming to know more about managing forests than those who actually carry that responsibility on a daily basis, and who, in most cases, are themselves university science graduates who have spent their careers applying their learnings to real-life land management challenges.

We have long since reached the point where those employed within the forestry sector routinely question whether the primary motivation of the conservation scientists producing these papers is to create a platform for media headlines specifically designed to push a politicised conservation agenda. This latest episode certainly feeds that perception.

Mark Poynter has been a professional forester for forty years. He is a Fellow of the Institute of Foresters of Australia, and author of Saving Australia’s Forests and its Implications

8 thoughts on “Pulling the Wood Over Our Eyes”

Green bushfires – the warning in 2002

Climate Alarmism of the Greenest Hughes