The Movie That Gives Humanity the Flick 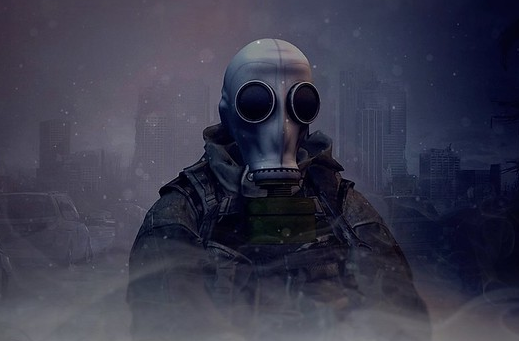 You may have heard of  The Planet of the Humans, produced by Michael Moore and directed by enviro zealot Jeff Gibbs, which takes the renewables “industry” to the woodshed and is available free of charge for 30 days on YouTube. I had no intention of watching it, and yet, in the end, I did. I shouldn’t have. All the way through I felt very uncomfortable, voyeuristic even. It was like looking into the fearful world-view of a madman. It isn’t meant for sane people, not at all. It’s a film about greens, by greens, for greens.

Before we go any further, let it be noted that the documentary has drawn predictable reactions on both sides of the sanity line. Those of us who have decried the profitable alarmism sprouted by the rent-seekers of the wind and solar lobby will see their analysis of waste, pollution, hypocrisy and subsidy-gobblers confirmed. Those in Gibbs’ darkest green patch of the political spectrum will cheer his message that, as one highly offended reviewer put it, “wind and solar energy are basically no better than fossil fuels”. Your lighter greens, meanwhile, have been reacting according to type, defending the cherished myth of renewables as a coming, dependable and viable source of baseload power, by doing what they always do: clamouring to have the flick removed from circulation because it deviates from the narrative. They tried that with a full-on social media blitz and it almost succeeded, but not quite.

The heroes are green whistle-blowers revealing the waste, inefficiency and corruption that has made the renewable-energy “industry” what it is today, but even the villains are all greens. Every person interviewed is of the Left. Every perspective aired is from the Left.  There is really only one mention of “The Right”, which we will come to later.  They, and indeed a whole group of people from the centre, simply don’t figure in this narrative — not as heroes, not as villains, barely at all. So while the movie’s main message argues strongly that anyone who thinks the renewable energy agenda is anything but a scam is “delusional,”  there is no acknowledgement that those of “The Right” or elsewhere came to that position as much as 20 years ago and have been ridiculed by the greens ever since. Only the narrator, also Jeff Gibbs, has noticed the inconsistencies and scams of the renewables agenda. This is a film not about compromise with “The Right” or the centre but simply about the Left not being Left enough.

The one mention of “The Right” comes in what appears to be a little non sequitur 49:25 minutes in, where the narrator implies “The Right” are all basically crazy. According to him, “The Right has religion and they have a belief in infinite fossil fuels.” A straw man is created, and so every person who has ever criticised the renewable energy agenda over the last two decades is pigeon-holed and sidelined as crazy and henceforth to be ignored. The opinions of “The Right” are worthless and irrelevant, even when dead-on accurate; only green opinions are worth listening to because no one else counts. Thus, not even a pretense of objectivity — that’s simply not what the film is about. “The Right” are all religious freaks, according to Gibbs, who deny the finite nature of the earth.

But the underlying thrust of the movie appears to be that we are all doomed. There is no need to present any argument to support this view since the only audience which counts — those hard-core greens for whom the film was shot, are expected to already be in absolute agreement. Extinction is simply taken for granted. The threats to the planet come from consumption and population growth, mainly the latter. For me, it was  a flashback to the Seventies, with Paul Ehrlich banging on about his Population Bomb. Ehrlich sketched out his most alarmist scenario in the 1970 Earth Day issue of The Progressive, assuring readers that between 1980 and 1989 some four billion people, including 65 million Americans, would perish in the “Great Die-Off.” I remember that fear in my early university days. But that was fifty years ago! Where was Jeff Gibbs in the Eighties when all that Malthusian doomsaying failed to materialise? Unable to move on, he has harbouring those same fears for half a century. Poor miserable bastard, what a life!

When I look at the population data now, I find that every major Western country, and a whole lot of others besides, actually have fertility rates below replacement levels. He doesn’t say as much, but I’m guessing that lowering the number of Africans, for example, whose population is still rising, would not be on his agenda and, given his politics, I’d suggest that limiting immigration to America also would not be up for discussion.  But African populations are not the big consumers, and the majority of American immigrants have only aspirations. I suspect that Gibbs would want his decrease in population to come rather more from those members of the religious “Right” since they are obstacles to his definition of “progress” and would be best dispensed with. And yet, all recent consumption data seem to indicate it is the inner-city Greens who dominate the consumption tables> They are more likely to own 4WDs and “Toorak tractor” SUVs, more likely to take overseas holidays and lead fully wired, energy intensive lives.

But let me take you to the non-sequitur mentioned above, where the narrator seeks “professional help” from his “clinical social psychoanalyst” (his term) [at 49:00 minutes].  At least initially it seemed to me like a non sequitur, and yet, on second thoughts, this actually appears to be the crux of the whole film. This is the point where any dissenters are dismissed as, “The Right”, religious, and delusional. But then, as the film has just demonstrated, any of the Greens who still believe renewable energy can save the planet from global warming are also dismissed as delusional. And maybe even “religious” and delusional?  Gibbs asks [at 49:37]. His shrinks’ reply comes at the 51-minute mark:

Clinical social psychoanalyst : The people you referred to earlier, both on the Left and the Right, that think we are going to be able to discover more oil, or solar-panel ourselves into the future where life will look pretty much like it does now only cleaner and better  …

They then continue their conversation, talking about people who have failed to come to grips with their own mortality. I was confused by this, but then it struck me that what they were trying to say was that those of both Right and Left have been deluded into thinking that there is a future, that extinction can be avoided. By contrast, Gibbs and his psychologist have seen our inevitable future extinction and are grown up enough to be reconciled to it. Says the psychoanalyst:

Clinical social psychoanalyst: The only solution in principle is, as Albert Camus  put it, … there is only one liberty – to come to terms with death, thereafter anything is possible. I find that downright inspiring.

His message is quite clear, spelled out in the title, Planet of the Humans, an obvious riff on the post-apocalyptic The Planet of the Apes.  Gibbs’ closing sequence of dead and dying primates is simply and simple-mindedly a metaphor for human extinction.

This film is an eschatological fantasy about an end of times by a poor man who actually believes it. At the end of the day, Gibbs even encouraged me to hope that silly greens continue to cherish they delusions about the efficacy of renewable energy because Planet of the Humans’s nihilistic alternative is, to me, even more frightening. Just what are his converts going to do – to themselves or others when they “come to terms with death” and discover that “thereafter anything is possible”? I’m guessing that, just as a body rejects the transplanted organ that would save its life if not for incompatible DNA, the Greens are well conditioned to reject any facts at variance with their required faith in the renewables myth.

Watch the movie if you will. It’s free and having one’s beliefs about, say, the heavy-metal pollution that goes hand in hand with the production of  wind turbines and solar panels, is also satisfying. But don’t imagine, not even for a minute, that a rational debate can be prompted by what is essentially an irrational take-down of the renewable agenda by an embittered 1970’s eco-warrior who has nothing to offer but the grave.