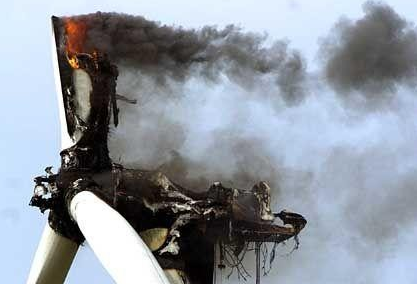 One of the most common delusions propagated under the umbrella of the climate caper, as Garth Paltridge calls it, is the idea that sun and the wind can replace coal to generate sufficient electricity at the right times. The brutal reality is that the intermittent providers will experience “choke points” when the sun isn’t shining and the wind  scarcely blowing. Obviously, the sun is off duty every night, and the records available on the Australian Energy Marketing Operator website show that the wind across SE Australia dies several times a month. https://anero.id/energy/wind-energy

The chart shows how much of the installed or “plated capacity” of the wind fleet is coming through from hour to hour. How many times a year do we want the lights to go out? 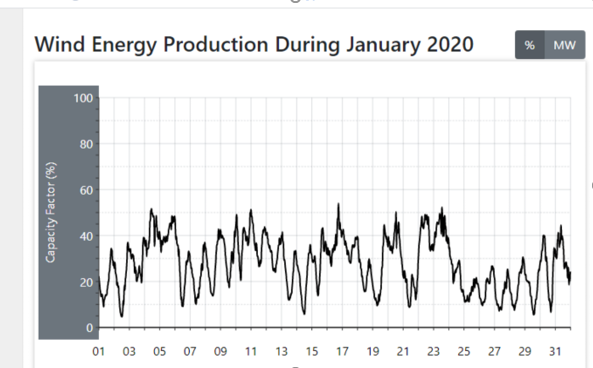 The choke point was not an issue when we had reserves of conventional power but this is no longer the case after several coal-fired power stations closed, most recently Hazelwood in Victoria. AEMO warned that when demand peaked in high summer we would be “running on the rims” with no spare.  We almost squeaked through in the summer of 2018-19 until, in January, some coal-fired capacity went off line in NSW and parts of Melbourne blacked out.

The Victoria’s energy minister blamed “old and unreliable” coal stations that will soon be replaced by wind and solar factories across the nation. Of course equipment can fail, which is why we need spare capacity. The blackouts didn’t demonstrate that coal power is obsolete; rather, it showed  it is indispensable — most obviously at the choke points when wind and solar fail to deliver.

The great expectation for renewable energy is that the peaks and troughs of supply will be evened out by batteries and pumped hydro to store power when the sun is shining and the wind is blowing (but not too hard!). Brutal reality bites again: the Chief Scientist of Australia repeated a warning from Bill Gates and everyone who understands the difference between storing data and storing power. Moore’s law in computing states that storage capacity will double every couple of years, but that is not happening with battery storage of power for very good scientific and technological reasons.

The fabled Elon Musk battery in South Australia cost $60 million, it is connected to one wind farm and will maintain a flow of power from that facility for some 20 minutes in the absence of wind. That translates into enough power to sustain the entire state for a pitiful three or four minutes. So forget about batteries as a serious answer to the choke point problem.

Meanwhile, massive and incredible claims for the capacity of wind power keep coming. In October 2019 the renewables industry boasted that solar and wind power had beaten the output from brown coal over the September quarter. Glossed over was the background information that, for much of that time, two generators were down and brown coal output fell to 3.1 gigawatts. In January this year and with all hands on deck, brown coal could deliver up to 4.7 gigawatts. Since September, in the windiest quarter of the year, South Australia — the “wind power state” — has imported lots of coal power.

Installed capacity is indeed expanding, but the critical number is the lowest point – the choke point- that kills the grid.  As the lowest point of oxygen supply kills a drowning or choking victim, it is not the average amount of electricity calculated over a lifetime but the specific points of greatest shortfall.

Another way to demonstrate the limitation of wind power is to see what it contributes at the evening peak of demand when dinner is cooking and air conditioners are turned on at home after work. The following numbers indicate the per centage of demand that wind contributed at 6.30pm during the month of January 2020:

The wind only managed double figures seven times in that month at the peak of demand. Contemplate the number of wind turbines and the thousands of kilometres of new transmission lines required to lift those numbers to the 65 per cent coming from reliable coal at present.  All the periods below 10 per cent would call for at least a six to sevenfold increase in installed wind capacity, but still with no guarantee of service availability because the wind can fall away at any time.

In the worst-case scenarios, at the very lowest level of wind, the wind farms’ contribution is effectively zero, regardless of the installed capacity.

What will happen when the Liddell coal-fired power station closes, as planned in three years time? Calculate the amount of installed wind capacity required to replace 1.8 gigawatts when the fleet of windmills is operating at 10 per cent capacity. The number is 18 gigawatts and that is more than twice the current capacity of the wind system! The fleet may double but the lights will still go out when the wind falls below the 10 per cent level.

This all means that there is no way in the foreseeable future that wind power can replace coal.  Any further loss of coal-fired capacity will be catastrophic unless some other cost-effective and reliable substitute can be found before 2023.  Gas is a possibility, but will the Greens let us extract it?

Breezes That Will Never Beat The Heat