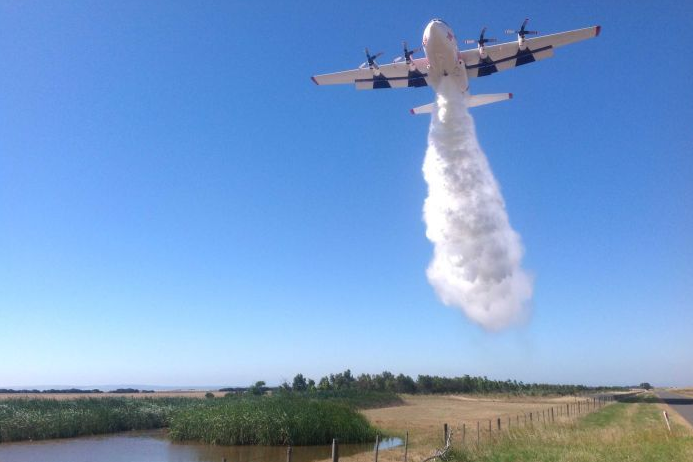 It is only November, but 2019/20 is already shaping as Australia’s worst bushfire season since 2009. The horrible fires in NSW have captured the headlines to date, but only the most foolish observer would suggest they will not be followed soon enough by more big, damaging bushfires in Victoria, Tasmania, Queensland and possibly Western Australia. These follow-on from the roll-call of shocking fires in eastern and south-western Australia over the last 15 years.

Bushfire management in Australia reached its peak of effectiveness and efficency between about 1975-1990. But despite all the technical innovations since then, the huge expenditure on water bombers and the vast armies of firefighters with their wondrous equipment, the bushfire situation (especially in the eastern states) has regressed to the situation that prevailed in the 1950s. Whenever bad fire weather occurs in conjunction with drought, unstoppable fires ravage the bush. In other words, it’s a typical Third World scenario: almost nothing is done about repetitive and wholly predictable disasters … until after they strike.

How this situation has arisen in a naturally bushfire-prone country like Australia is mystifying, Yes, our political leadership has been gutless and ineffective, cow-towing to pressure groups, putting the winning of elections in front of looking after the country. But worse than that is the prevailing community ignorance about bushfire science, the failure to study centuries of history and human experience, and the way in which green ideology has infiltrated our government agencies and poisoned government policies.

See also: What California’s Fire Follies Can Teach Us

In reflecting on all this I remembered how I was once advised by a grizzled public servant of the old school: “If you want to understand any puzzling social or political issue, look for the beneficiaries”.  Who might benefit from the regular occurrence of huge, hot bushfires?

While the correct answer is “no-one” it is not hard to find people to whom ghastly bushfires bring political or financial advantage. The classic example is the environmentalists who portray bushfires as a direct consequence of global warming, which is itself is said to be a consequence of our Western lifestyle. The Greens quite unambiguously assert that the bushfire threat can only be averted if we unquestioningly adopt their political agenda, specifically their agenda to “decarbonise” Australia. This can be shown to be crooked thinking, but it has been an effective line because of the hysteria (constantly promoted by the ABC) about climate change. Clearly environmentalists (well, the inner-city Greens anyway, not so much those who are getting their homes burnt out from under them out in the bush) benefit from the occurrence of nasty bushfires, because they fulfil their apocalyptic vision of society.

The media is also a beneficiary. Horrible bushfires are newsworthy and dramatic, truly front-page or top-of-the-bulletin stuff. Journalists are served up stories of heroism, disaster and controversy on a plate. Bushfires are the TV journalist’s dream. Donning a yellow jacket and hard hat, she can stand against a backdrop of houses and forests going up in flames, swooping waterbombers, farmers shooting burnt sheep, people raking through the charred remnants of their houses picking up twisted trinkets, hillsides of blackened forest. To the media (and of course to viewers and readers), destructive bushfires arouse intense interest and excitement; few things outside war provide more opportunities to exploit the gamut of human emotions or to vicariously experience them.

Then there are the fire chiefs, resplendent in their glamorous uniforms. ‘Bushfire management’ these days has largely morphed into ‘bushfire fighting’, a thrilling battle to be directed by the Emergency Services generals who have been waiting in the wings for this very moment. I am not criticising our top firemen. They are doing the job they are appointed to do and they would all be equally dismayed by the human misery and environmental damage caused by intense bushfires. Nevertheless, when the Big Fire declares war on rural Australia, the fire chiefs have their 15 minutes of fame. Their regiments of firefighters are amassed and despatched; the armada of bombers and helicopters are unleashed; the support and technical units are rushed to the battle. Fire chiefs are nightly seen on the news giving high profile briefings to politicians and the media, dictating the tactics at the front, warning that worse is to come, and commenting that conditions are “unprecedented”. This is war, and war is hell. But war is also the General’s Big Moment, his hour to strut and fret upon the stage.  Moreover, big fires call for big budgets, and “worse is to come” can be translated into bigger budgets to come.

All of which makes me wonder about the money, and who gets it. Bushfire fighting in Australia has become horrendously expensive. Unbelievable sums are spent on aircraft, and to a large extent this is wasted. Water bombing is futile against a crown fire in eucalypt forest; you might just as well shovel $100 notes out of the plane. If no more than the sums spent hiring aircraft from overseas was saved, it could be channelled into re-creating the permanent force of land management staff who once occupied the nation’s forest districts and were responsible for the fuel-reduction burning programs. We would not only be financially better off, we would have a superior fire management system. Study after study has demonstrated that a dollar spent on preparedness and damage mitigation saves (at least) $50 to be spent on suppression and recovery. It amazes me that state treasurers are not onto this; instead, they simply sign cheques for a few more million to be squandered on ever-bigger and more expensive water bombers.

It goes without saying that the aviation industry is possibly the greatest beneficiary of the disastrous bushfire situation. Governments and journalists have been transfixed by its propaganda.

Bushfire research also benefits. I would not mind this — if the right sort of research was being funded. Instead, we see academics in Australian universities who are actively undermining effective bushfire management and who are lavishly funded by the federal government either directly, or via the Bushfire CRC. These “bushfire academics”, nearly all of them opposed to fuel reduction, know that large, horrible bushfires will underpin the security of their research grants, guarantee future funding and ensure all those desirable academic side-effects such as overseas conferences, publishable papers, and graduate students.

The climate change industry is also benefitting. Because governments have been taken in by the scam advice that “climate change is causing bushfire disasters”, or because they think that if they give them enough money the climateers will go away, enormous sums are being poured into projects and research studies that, from the bushfire perspective, are a total waste of time. There is no question that the renewable energy industry has been (albeit indirectly) a significant beneficiary of large, damaging bushfires.

Finally, there are the politicians who have learned how to make a name for themselves from a bushfire. They do this by the generous authorisation of huge sums of money for suppression at the very height of the fire, turning up at the control point and shaking the hands of smoke-grimed firefighters, commiserating with people who have lost everything, and looking grave but intelligent in media briefings. After the fire they disperse largesse from the government coffers to compensate those of their constituents who have been burnt-out, and promise even more money for future fire fighting equipment and university research.

It would be going too far to say that these various “beneficiaries” are the cause of the disastrous decline in the standard of bushfire management in eastern Australia over the last 15 years. When it comes to blame, we are all to blame. We elected the wrong people, and the result was inept political leadership and a failure of responsible governance. Rural Australians (including the volunteer firefighters) and the rural environment should be the beneficiary of a responsible and effective bushfire management system. Instead, both have been sacrificed.

Finally, a note of optimism. After the terrible bushfires in 2015 and 2016, the Western Australian government decided to re-adopt the successful bushfire management strategy that applied south-west forests from about the mid-1960s to the mid-1990s. A whole new level of investment into fire mitigation and fuel reduction occurred. It is too early yet to see the benefit of this, but experienced bushfire specialists know the benefit will come, and are applauding. The penny has not yet dropped for the governments of Victoria and NSW and possibly Tasmania, but it may do so in the light of this latest disaster and those looming for summer.

22 thoughts on “The Bushfire-Industrial Complex”