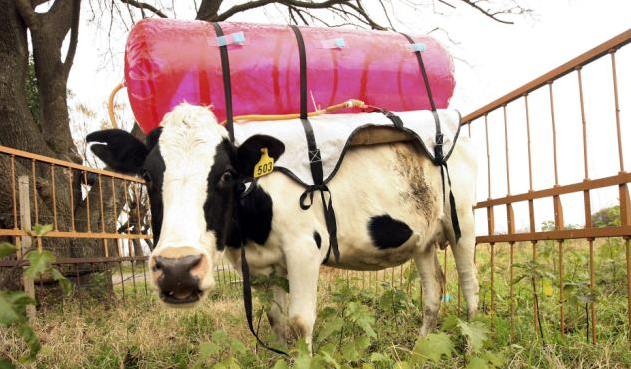 The science, technology and economics relevant to the possibility of a catastrophic impact on global climate from use of fossil fuels is vast and complex. Vanishingly few persons can spend the time necessary to begin to appreciate the uncertainties, conflicting information and outright misinformation being promulgated.  Unfortunately, we are taught and expected to have an opinion on everything no matter how little we actually know about it and the climate change meme has proliferated into an epidemic conviction of which the chattering classes in particular appear to have little or no resistance.

As professional opinion leaders, politicians seem to be especially susceptible, to the point of engaging in what in effect have become competitive displays of ignorance about climate change. A current example is the recent initiative of the New Zealand government to drastically reduce greenhouse gas emissions.  For a start, NZ accounts for about 0.1 per cent (i.e. one-thousandth) of global emissions. Over 80 per cent of their electrical power comes from renewable energy, mainly hydro and geothermal. Their per capita CO2 emissions are among the lowest in the developed world and natural uptakes make them a net CO2 sink.

With little to begin with it is hard to make further big reductions in CO2, so they are having to look elsewhere, and methane is where they have focused. It is claimed that methane accounts for 43 per cent of their gross GHG emissions.  As it is purported to come mainly from sheep and cattle, this is where the big cuts are going to have to come. Sheep, cattle and dairy are also NZ largest exports.  They amount to about 40 per cent of total exports and are essential to an economy with only limited manufacturing.

The cost of the new emission reduction scheme has been estimated to be as much as 123 per cent of profit for an average sheep or cattle farm and 60 per cent for dairy farms. In addition, farmers will have to meet the first level of emissions reductions in 10 years while other industries will have 30 years to comply. They will also be lumbered with a tax on their fossil fuel vehicles to help fund a subsidy for electric cars.

# Methane is claimed to be a potent greenhouse gas based on an estimated effect compared to CO2. However, this is highly uncertain and can vary from 23 to 84 times greater than CO2 depending upon the methods used for estimation.  These high multiples derive mainly from a strong level of infared absorption in the IR bandwidth of methane and long persistence in the atmosphere due to a low rate of sequestration in natural sinks compared to CO2.

# What is conveniently ignored is that the IR absorption spectrum of methane in limited to two quite narrow bands.  Although CO2 is a weaker absorber of IR, it has a much wider bandwidth of absorption and is about 200 times more concentrated in the atmosphere than methane. Also, due to constant turbulent mixing in the atmosphere it makes little difference to temperature if absorption of particular wavelengths of backradiated IR occurs in a few centimetres or over a few meters.   In either instance a similar amount of heat energy is being mixed into the lower atmosphere

# In the case of methane, and unlike CO2, it breaks down in the atmosphere with a half-life of about five years.

# Generation of methane by trees and from the breakdown of cellulose by microbes and a wide range of animal life is pervasive across all vegetated land. Such natural generation of methane is similar to what is being attributed to livestock. Plant material not eaten by livestock is only consumed by something else or decomposed by microbial activity with similar amounts of methane being produced.

The whole idea of tearing the heart out of a nation’s economy to reduce methane emissions from livestock is an unbelievable display of scientific, technological and economic ignorance. It goes far beyond simply not knowing or being mistaken.  It is profound ignorance compounded by understanding so little it is not even possible to recognise one’s own ignorance which is then made malignant by thinking it must be imposed on everyone else for their own good.

Unfortunately, it seems the only solution to the rising tide of righteous unreason may ultimately have to be a healthy dose of real world consequences.  Most of what is being proposed as a necessary remedy is going to prove to be unneeded, ineffective or outright detrimental.  Worse, finite national resources are being diverted away from real world matters of health, education, welfare and infrastructure, where they could yield genuine benefit. Alternatively, those taxpayer dollars could simply be returned to the pockets of the citizens from whom they were extracted.

No matter what the ultimate reality of climate change may prove to be, the NZ initiative on methane amounts to nothing more than an extravagant display of competitive virtue signalling: hypothetical solutions to an imaginary problem at potentially devastating cost to the national economy.  Were it only a quaint aberration endemic to the Shaky Isles the rest of us could look on in bemused wonder.  However, in today’s world of epidemic memes we can probably expect outbreaks elsewhere competing for mindspace with even greater levels of ignorance and irrationality.

A marine biologist, Walter Starck has spent much of his career studying coral reef and marine fishery ecosystems

9 thoughts on “Kiwi Climatology: Land of the Long White Clods”

Bushfires: Ashes to Ashes All Over Again

The Curious Avenues of Professorial Inquiry