Ron Pike is moved to verse by the river he has known all his life — and frustration by the priests of the militant green faith who seem intent on ruining it. 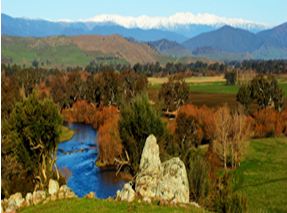 From the dream time to the hype time, from the mountains to the sea,
I’ve carried all the run-off, when heavens tears flow free.
My veins eroded mountains, arteries built the fertile plains.
I know the pain of drought, the cure of flooding rains.
I’ve watched the black man hunt and fish and burn my banks with fire.
The pain of floods that changed my course, then dying in droughts ire.
Drought left my body bloodless, topsoil skin in dust storms scattered.
This is the state in which I lived; life ephemeral, hope shattered.

Men of vision changed my life, with transfusions at old Barren Jack,
Bonegilla, Eildon and Wyangala; gave me strength, put me on track,
With new heart at Eucumbene, to blossom in old age.
But politicians say I’m dying and must let my blood flow to assuage,
A sacrificial offering to the insatiable Green God. He who would
See my body drained of the very lifeblood that could,
Keep it virile, productive. Oh; what short-sighted fools are they.
Truth where is thy victory? Where did wisdom go astray?

As a water consultant and third-generation irrigation farmer, Ron Pike has seen the consequences of red tape, green tape and arrogant bureacracy firsthand

Ignoring their own experts

The Depths of the Climateers’ Deception