In November I was a passenger on the cruise liner Volendam, ex-Sydney and hopping from port to port in New Zealand. Note: this is NOT a piece about cruise liners’ safety or otherwise. About November 18 we tied up at Wellington and I scampered ashore to enjoy a visit to Te Papa, the wonderful science and nature museum alongside the wharf. 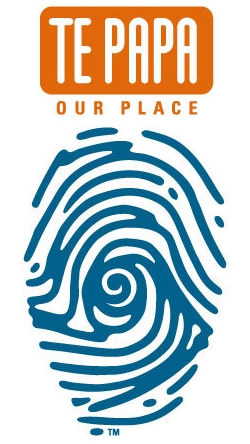 The best bit was ogling the 4.2m metre colossal squid, alas looking a bit puce in its tank of formaldehyde but nonetheless with eyes as big as basketballs, outstripping the dog in Hans Andersen’s Tinderbox story that had eyes only as big as saucers.

From there I wandered over to the “Awesome Forces” display of nature’s power, where among other activities you can stand in a mock living room and feel what happens when a house is shaken by a NZ-style earthquake.

Nearby was the climate change exhibit, showing how ice ages come and go. I moved along it to the end, and there I got a shock. The final display was to the effect that global warming is upon us, and the evidence was a blown up graph showing the soaring of temperatures in the past half-century. I looked closer, and discovered the graph was Michael Mann’s now-notorious “Hockey Stick” purporting to show that after 1000 years of stable temperatures, manmade CO2 outpourings were causing unprecedented warming – the graph line showing an uptick resembling the blade of an ice-hockey stick, if the shaft was positioned on the floor. (Remember, an ice-hockey stick blade is a lot bigger than our grass-hockey-stick’s blade).

The Mann graph was the darling of the 2001 IPCC report as it provided a simple, accessible ‘proof’ of the man-made global warming hypothesis. It was not only used half a dozen times in the report but was the poster-child for IPCC forums, for example used as the backdrop for a television address by the then science co-chair of the IPCC, Sir John Houghton. 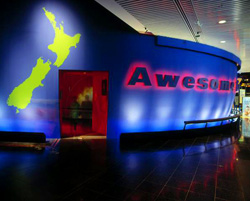 Al Gore of course used the graph tellingly in his movie “Inconvenient Truth”.

However, the graph was exposed as dud science by the McIntyre & McKitrick duo in 2003, whose efforts to check it had been delayed by Mann’s reluctance to provide them with his raw data. Among the revelations were that Mann’s algorithms were such that almost any data fed into his model resulted in a hockey stick shape, and that his 15th Century temperature estimation depended on data from a single bristle-cone pine  – oh influential tree! By the time of its 2007 report, the IPCC had tactfully swept the Mann graph under the carpet.

Whole books have since been written on how the Mann graph embodied the flaws of IPCC science and processes.

I made a bee-line to the Te Papa reception desk to get a feedback form, and on it I wrote my complaint to the director that a science museum, in a display tailored to the student demographic, was using discredited scientific material. I did my best, from memory, to spell out why and how the graph was discredited, and left my contact details.

I also dropped in to a public library and emailed a letter to the Dominion Post complaining about the exhibit, correctly assuming the museum itself would pay no attention to my feedback note.

It happened that it was a NZ election weekend and the letters page was full of election argy-bargy, with my letter understandably consigned to the bin.

Life moved on but on January 16 I decided again to be action-man, and sent my complaint this time to Terry Dunleavy, honorary secretary of the NZ Climate Science Coalition, a sceptic organization. Terry promptly passed my complaint on to Dr Hamish Campbell, Senior Scientist, GNS Science, a research institute and consultancy “demonstrating scientific excellence since 1865”. Hamish doubles as a Te Papa geologist and curator.

Terry ended his message with a threat that, in the event, proved quite unnecessary: “We would like your assurance that it (the Hockey Stick) will be removed from display in Te Papa, failing which we will be forced to complain to higher authority.”

Hamish’s reply was a model of pleasant and constructive response to criticism, a far cry from the defensive and often contemptuous feedback normally provided to ‘deniers’ by the warmist establishment. Hamish remarked that the Hockey Stick display resulted from collaboration among his GNS Science, the semi-government National Institute of Water and Atmospheric Research, and the NZ official MetService weather bureau.

Thanks for drawing my attention to this. You are perfectly correct: Mann’s ‘hockey stick’ has indeed been substantively discredited.

At the time it all seemed reasonable. And as you will know we chose to present information about climate change through time at three different scales.

I remember at the time that I was very uncomfortable with so-called predictions based on models of an inherently chaotic system that surely were a far cry from any representative simulation of nature.

However, part of Te Papa’s role/function is to provoke or stimulate thought. I let it go with the proviso that the graph was properly referenced…and it is.

Things have changed and we at Te Papa have not made any effort to respond to those changes.

Now is the time to do so.

You are the first person that I know of who has raised any concerns about this component of ‘Wild Water’.

Having concerns is one thing; doing something about it and writing to us is another, and I thank you for that.

We shall revisit this exhibit in the next few weeks and see what we can do.

You should know that we in the New Zealand Climate Science Coalition have a great deal of respect for the work of GNS Science, and your assurance of a re-visit accords with what we know we can expect from your one organisation at least in New Zealand that practises scientific method and values its tradition.

So there we have it. A casual visitor to a museum makes a complaint, an official agrees it is valid, and pledges to get to work on a correction. Is life meant to be this easy?

Tony Thomas is a retired business and economics journalist