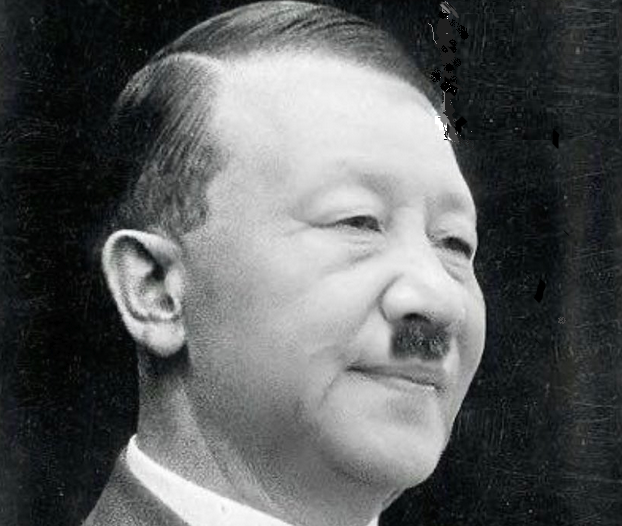 China has brutally extinguished freedom in Hong Kong and torn up any pretence of the one country/two systems commitment it made when Britain handed over the island and which was supposed to last for 50 years. The de facto genocide being waged against the minority Uighur Muslims, plus the renewed constrictions on Christians, Catholic, Protestant and other minority faiths, points to a great leap backwards to twentieth century totalitarianism. All this is depressingly familiar.

Like the past century’s totalitarian dictatorships, whether communist or fascist, the modus operandi of the Chinese regime precludes any willing acceptance of the status quo or a live and let live relationship with other nations. A common feature of totalitarian regimes past and present is that they feel themselves under constant threat, both from without and within. In their never-ceasing struggle in pursuit of their version of heaven on earth, their permanent state-of-emergency mindset underlines that sense of vulnerability.

It may seem counter-intuitive to suggest that fear, not swaggering confidence, has been and remains the common denominator in the Tiananmen Square massacre, the mass arrests of Hong Kong democrats and now, the increasingly bellicose threats to democratic Taiwan. For China’s leadership, the potential parallels with the demise of Soviet Communism have been burned into their souls, if one might use that expression. The very existence of Hong Kong democrats and prosperous Taiwan presents a deadly affront to the Beijing regime.

My sketch of a regime animated by its sense of vulnerability might be contrasted with the popular view of a Beijing regime driven by a sense of manifest destiny and determined to restore the imagined pre-eminence of the Middle Kingdom in a world where other states are fated to occupy subordinate positions. To which one might reply that the emperors and mandarins of yesteryear had only, at best, a fragmentary knowledge of the world outside their immediate geographic environs. In other words, the Xi regime embodies a traditional Chinese nationalism for which Communist ideology provides a kind of top dressing.

It is not my place to reject this view. After all, communist ideology and a virulent nationalism may enjoy a symbiotic relationship. But, it is hard to believe that the current knowledge of the rest of the world would have no impact on even fervent Chinese nationalists. One would have to suppose that ideology is the driving force in either Chinese expansionism or restoration of supposed Chinese territory. In other words, we may be talking about a regime, driven by Marxist Leninist ideology, operating under a cloak of traditional Chinese nationalism. One should note that the current paramount leader, Xi Jinping, makes plain his commitment to Marxist Leninist ideology. It would be wise to take him at his word.

As the old adage goes, attack can be the best form of defence, and a totalitarian regime aware of its vulnerability, such as China, can be expected in the short term to continue pursuing a calculatedly aggressive, albeit low-risk strategy.  The danger for China, as for twentieth century totalitarians, is that of miscalculation. That China’s construction of military-base islands in the South China Sea was accomplished without any effective response by the Obama administration brings to mind Hitler’s successful gambles in retaking the Rhineland, absorbing Austria and seizing Bohemia and Moravia. As  Victor Davis Hanson argues in his masterful work, The Second World Wars, Nazi Germany pursued a series of localised wars on continental Europe against weak opponents. That run of success spawned a gross miscalculation when Hitler invaded Poland and thereby risked confronting the more formidable powers of Britain, the Soviet Union and the United States. The point is that Hitler neither initially sought, nor was he equipped to fight a world war. Essentially, he rolled the dice one time too many and blundered into it.

For all their belligerent talk, totalitarian leaders both past and present, have sought to pursue a similar low-risk strategy. It was the absence of clear deterrence by the Western democracies which allowed Nazi Germany to stumble into a world war. Equally, it was a clear deterrence strategy which prevented the Cold War from becoming hot.

Coming back to now, we should not doubt Xi Jinping’s ambition to take over Taiwan sooner rather than later. The question is whether he will, like Hitler, switch to a high-risk strategy. Let me hazard a guess that China does not want a military confrontation with the US. China’s leadership would wish for a rapid fait accompli before Joe Biden can be aroused from his slumbers. Perhaps Xi and his minions really do believe the people of Taiwan yearn for reunification with China and are suffering from false consciousness. Ideological delusions carry their own grave risks.

The most urgent task now is to reduce the risk of a miscalculation by Xi. Here, counterintuitively, we have to turn to an essential ingredient of the Cold War — the nuclear deterrent. Many words have been expended on the dangers of nuclear proliferation, but that frames the problem back to front. The nuclear genie long ago escaped the bottle. Let us imagine a nuclear armed Taiwan, nuclear armed Japan and South Korea. That may be the ultimate price to preserve freedom and peace in this part of the world. Of course, it’s all up to Xi and just how lucky he is feeling.

How Xi Jinping Is Reshaping the World