The Gripes of Roth 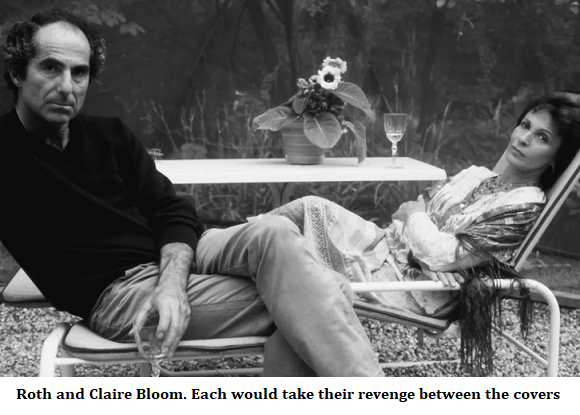 What a great woke irony! Philip Roth’s biographer is now being pilloried and pulped for his alleged sexual peccadillos, not the notorious womanizer and author of Portnoy’s Complaint himself. What’s wrong with the trophy-seeking feminist furies: can’t they see the bigger target when it’s in plain sight? Roth had over fifty years a triple career as famous novelist, notorious womanizer and political activist. He couldn’t untangle the three and neither can we nor the latest the book-burning critics.

Philip Roth is best known for novels like Portnoy’s Complaint flaunting the transgressions of the sexual revolution of the 1970s. In a different mood in later life he wrote a group of socio-political novels called The American Trilogy. They cover the turbulent decades from the 1940s to the 1980s, but also operate as a disguised autobiographical reflection mediated through his alter ego, Nathan Zuckerman. These novels present a different and more accurate account of Roth’s changing attachments, both political and personal. Over the decades he was mugged by reality, not to mention his previous sexual partners. He had been in the 1970s an anti-Vietnam war left liberal, and in these novels recaptures the political enthusiasms of his earlier life, and comes to terms with the gradual but profound changes he was undergoing. In the end he was much closer in outlook to fellow novelists Saul Bellow and Milan Kundera than to his earlier alter ego, Portnoy.

The first novel of his trilogy, I Married A Communist (1998), set in the 1940s and 1950s, provides an explanatory prologue to later events. The Great Depression and the Second World War have made life tough for people trying to improve their lot. Actual political events form the background to the novel’s action, from the Truman presidency and the recovery from the war, through the Democratic Party’s division over Henry Wallace’s candidacy in the 1948 election, to the anti-Communist McCarthy episode in the Eisenhower years of the 1950s. The novel is a Bildungsroman, a tale of how the narrator Nathan Zuckerman comes to understand himself and his role in the world as he grows up. Zuckerman learns from role models such as his school teacher Murray Ringold, who narrates much of the story through Zuckerman.  Murray’s brother, Ira Ringold, who has taken the name Iron Rinn, is the hero of the novel. Zuckerman also learns from student friend Leo Gluksman, an aesthete diametrically opposed to Rinn’s activist views, so both sides are covered.  Roth is giving the reader the flavour of the times, with the progressive left sympathetically portrayed.

The House UnAmerican Activities Committee is seeking to expose Soviet and Wallace sympathizers like the Ringolds. Murray Ringold loses his teaching position for some years and his brother Iron Rinn, once a unionist and Communist party agitator, now a popular actor playing President Lincoln in plays and speeches, is under similar pressure from the activist right. Rinn is married to a famous Hollywood actress, Eva Frame, shown as devious, showy, and hiding her true self. Her daughter from a previous marriage, Sylphid, a harpist, controls her mother. Rinn, formed in the rough and tough 1930s, is straight forward and self-educated, and opposite to the charming and socially adept Eva who directs his upward social mobility. To the young narrator the atmosphere at Rinn and Eva’s townhouse is liberating: books, music, high culture and informed discussion, a sophistication rare in 1940s US. Sylphid provides an extra dimension; with her cynical, destructive witty ‘amused contempt’ she sends up the house’s guests. Rinn eventually has affairs with a friend of his daughter and with his masseuse. The marriage between Rinn and Eva deteriorates, just as their pro-Communist left stance falls apart as well. People ditch erstwhile partners and friends out of a ‘motiveless malignity’. We are getting into Kundera territory here, where sex and politics clash. Parallels are drawn between political and personal inconstancy during the McCarthy period:

Not only does the pleasure of betraying replace the prohibition, but you transgress without giving up your moral authority. You retain your purity … at the same time as you are realizing a satisfaction that verges on the sexual with its ambiguous components of pleasure and weakness, of aggression and shame: the satisfaction of undermining.

In the novel Eva’s memoir exposes Rinn’s dubious political past. When Eva publishes her memoir, I Married A Communist, dumping on her former husband Ira, he is described in the novel as ‘hell bent in getting his revenge’.  This is a direct take from real life: the negative portrait of Eva Frame in the novel is Roth’s own revenge on his former wife, the famous Hollywood actress Claire Bloom, who had portrayed Roth so unfavourably in her memoir. This was an enormous shock to Roth: Portnoy-like activity was not a bed of roses.

In the novel Rinn is attacked from both sides: the Communists claim he has sold out, while at the same time the McCarthyists pursue him. In the 1960 the New Left attempts to rehabilitate him. In all this Roth takes a detached stance. Writing in the 1990s he knew from Ivan Klima, Milan Kundera and other East European writers he met there that Communism has been exposed as hollow, but he believed it worthwhile to capture the beliefs, atmosphere and rationalizations of the time. This second big realization led him to act courageously. He helped beleaguered East European writers by editing the successful Penguin series ‘Writers From the Other Europe’, which gave these authors protection at home and publicity abroad.

Philip Roth’s The Human Stain (2000), the third novel in his trilogy, satirizes political correctness in the later decades of the century. A dean of the humanities, Coleman Silk, at a college in the Berkshires in New England, refers to students who never appear at class as ‘spooks’; the word however has a secondary slang meaning of ‘black’ or ‘negro’. This trivial incident is escalated into an accusation of racism against Silk, whom we later find has black ancestry. Since his appointment Silk has cleared out time-serving plodders and recruited young trendy staff, many newly minted literary theorists, led by a feminist French lecturer Delphine Roux, who is ambitious, attractive, conniving and successful, but hollow at the core. Silk admonishes her: ‘To have nothing to say about them [two plays by Euripides] other than they are ‘degrading to women’ isn’t a ‘perspective’, for Christ’s sake – it’s mouthwash.’ Roth also depicts her as desperate and conflicted, a victim of her own wiles. Instead of displaying gratitude for their positions, the new staff play the racism card against Silk, until, under pressure of an unstoppable political correctness campaign, and with his wife dying from the strain, he has no option but to resign (just as Ringold is forced out from the opposite side in the first novel of the trilogy). Male academics, themselves emasculated by this feminist onslaught, are criticized as weakly going along with this blackballing.

Silk first reacts with rage and a desire for revenge. Like Bellow, Roth shows how in a personal crisis learning can’t teach you how to live: ‘All the education and nothing helps. Nothing can insulate from the lowest level of thought.’   He has to get over being expelled from his previous life and to settle into ‘dignified contemplation … To live in a way that does not bring Philocetes to mind. He does not have to live like a tragic character in his course’. He has to get away from ‘the ridiculous quest for significance. From the never ending campaign for legitimacy’. But he does learn from ancient Greek writers about ‘the many horrors that can ensue when the highest degree of indignation is achieved and, in the name of justice, retribution is exacted and a cycle of retribution begins.’  East European authors understood that a revenge cycle extends, not ends, the original disturbance, and warps the personality.

Silk gets over his rage principally through his love affair with Faunia Farley, a cleaner at the college. She is uneducated, basic, close to the natural world and with an innate decency (qualities opposite in every way to Delphine’s.) Faunia is stalked by her former husband, Lester, a disturbed Vietnam veteran.  Faunia and Lester are both part of the underclass, the rural hill-country poor. Both are victims, living invisible lives: ‘These are people whose fundamental feeling about life is that they have been fucked over unfairly right down the line.’ Silk now sees his own unfair treatment in perspective. The Vietnam vet syndrome at first blush seems unattractive; Lester’s post-traumatic stress disorder is not alleviated by fashionable psychiatric treatments, but by fishing alone in the woods and mountains which are his home. The novel ends like a Greek tragedy: the human world, unlike the world of nature, leaves an indelible stain.

In his trilogy Roth links the decades of the 1940s, 1960s and 1990s, all times when political fanaticisms swept through public life and caused mental mutations. Roth aligns right-wing McCarthyism with later left-wing political correctness, each dominated by ‘the malevolent puritanism with which you will be tarred and feathered’ by ‘America’s oldest communal passion … the ecstasy of sanctimony.’ Silk is ostracized on false grounds, as central character Sherman McCoy is in Tom Wolfe’s The Bonfire of the Vanities, and Mr Sammler in Bellow’s novel, Mr Sammler’s Planet. Roth, once a radical liberal, now led, with his fellow novelists, resistance to the madness of the age.

4 thoughts on “The Gripes of Roth”

All in Bed with Bob, Mistresses and Media Both

The Durack Clan’s Tempests and Tragedies