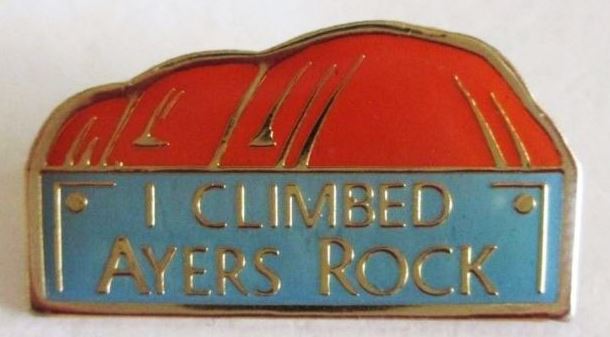 Across Australia we are seeing greater moves by Aboriginal people to deny their fellow Australians access to certain geographical features of this wonderful country. The basis for this is to declare certain places to be ‘sacred’ to Aboriginal people and thereby deny others access to those places.

Aboriginal ‘Dreaming’ (the Tjukurpa in Pitjantjatjara) is primarily the Aboriginal peoples’ creation story of Australia. With variations across the country, to all intents and purposes it is their religion. The word ‘sacred’ is defined as ‘connected with God or a god or dedicated to a religious purpose and so deserving veneration’. Generally, the sacred is directly connected to the religious. An Aboriginal ‘sacred site’ is anywhere that is a significant Aboriginal Dreaming or cultural practice site. By definition, they are religious sites and there are literally hundreds of thousands of them across the country.

We have observed for millennia the incorporation of religious belief into everyday society, known as syncretism and defined as ‘the amalgamation or attempted amalgamation of different religions, cultures, or schools of thought’. Syncretism is seen most obviously in the incorporation of the pagan festival of Easter into the Christian calendar, and the same can be said of Christmas. In this so-called secular country, why are we now placing increasing importance and value on the religious? Is it now time for Aboriginal people to join in with their own version of syncretism?

Comparisons are often made between Aboriginal ‘sacred sites’ for example, Ayers Rock – Uluru, and whitefella ‘sacred sites’ for example, St Paul’s Cathedral in Melbourne. Activists and their sympathisers claim that white society will not allow Aborigines to abseil down the side of St Paul’s, so why should white people be allowed to climb Ayers Rock? Such arguments are a false dichotomy and a red herring designed to obscure the realities of the argument. Of course you cannot abseil off the side of St Paul’s; it’s not what cathedrals were built for. People go inside to worship their particular god. Furthermore, St Paul’s is not a naturally occurring geological formation – it is a constructed building with a specific purpose.

Despite the concept Tjukurpa, naturally occurring geological formations were in reality not especially constructed by a divine being, or a caterpillar, or a snake, or a dog, or an eagle, for worship, all of whom later the legends say either flew away or turned to stone. Indeed, to worship such geological formations and ideas has always been known as pantheism, and to hold dear as ‘sacred’ these beliefs, which in many cases equate to simplistic children’s stories, appears rather absurd in this enlightened and modern era.

In our age of enlightenment, less emphasis is being placed upon the religious, and more upon the observable and the scientific. Indeed, many religions, Christianity and Islam in particular, are coming under increasing scrutiny and attack as being outmoded and irrelevant. So why are we now seeing a resurgence of Aboriginal mythology (aka religion) and as a result restrictions placed upon where Australians can go and what they can do by an unelected, non-government minority group based upon childlike religious beliefs and creation stories?

How would it be if Christians proclaimed apples to be a sacred fruit and forbade their picking and eating? How is this different from halal foods, or not eating pork? Fortunately, in most cases such absurd religious regulations are not generally inflicted and enforced upon the whole population — but that could very easily change, as we are seeing now with the imposition of restrictions based upon Aboriginal religious belief affecting the whole population. Why then, when it comes to Aboriginal culture, are we retreating to the religious and placing ever greater value and significance on what are essentially made-up stories about the creation of the earth? Answer: this is nothing more than a contemporary tit-for-tat exercise of power. You took our land, so we’ll take yours. It is wholly consistent with the mantra (as monotonously repeated on the ABC, SBS and NITV) ‘Aboriginal Land – Always Was, Always Will Be’ and with Midnight Oil’s ‘Pay The Rent’.

Closing ‘sacred’ beaches in Western Australia was the first move, the ban on climbing Ayers Rock followed, then came the banishment of climbers from the Grampians. Mt Arapiles quickly followed, and now comes the latest prohibition on climbing the iconic Mt Gillen near Alice Springs. Many more areas are also slated for closure and others are sure to follow. Climbing a large naturally occurring rock or a cliff face should not offend anyone and cannot be compared to abseiling down St Paul’s.

But is there more to it than appears on the surface? Of course there is. Let’s not be deceived – as with any religion, this is all about power, control and, of course, money. For most it has nothing to do with what may or may not be sacred.

As Aboriginal people, or more correctly in this modern era, people who identify as Aboriginal, seek greater power, control, land, water, influence and money, the more we can expect to see the closure of popular areas to whitefellas on the basis that they are ‘sacred’. However, even the sacred has its price, and in many cases whitefellas will be able to have (limited) access for a fee paid to the local Aboriginal Corporation. Meanwhile, Aboriginal people themselves continue to have free access to their ‘sacred sites’ (which just happen to be the best beaches, the best rocks, the best rivers and the best cliffs) to the exclusion of whitefellas. How will a segregated form of apartheid — privileging  one group over another — help with reconciliation? Even St Paul’s does not shut its doors and ban entry, or charge you a fee to enter the cathedral and worship that particular god.

In years to come, the net result of the ‘Aboriginal Land – Always Was, Always Will Be’ and ‘Pay The Rent’ mantras, as supported by a bevy of guilt-ridden whitefellas who understand nothing of the actual history of white settlement in Australia, and worse still, have been heavily influenced by the revisionist histories of the last few decades, will be that every single person who does not identify as Aboriginal will have a lease fee attached to their property whereby they will have to pay their local Aboriginal Land and Waters Corporation money for having their home ‘on Aboriginal land’.

This is already happening on what used to be public land. Don’t believe it? Just watch this space.

11 thoughts on “Whitefella, Be Gone! Landmarks and Racial Exclusion”