An Open Letter to Cody Walker 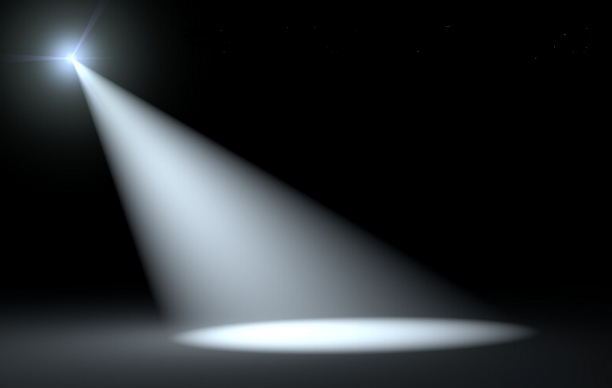 Dear Cody and company,
Just in case all that praise and attention from the ABC, The Guardian and your sport’s politically correct hangers-on has gone to your head, let me try to tell you as honestly and kindly as I can what I think of your refusal to sing our National Anthem at the big game last night. I reckon that I might be speaking on behalf of the great majority of your fellow Australians in doing so.

Basically, you should be deeply embarrassed. You object to the phrase “we are young and free”; that is not something you want the nation in total to “let us rejoice”, as the lyric rather clumsily puts it.  On the contrary, you would rather we all stood po-faced, sullen and full of silent self-importance, as you did, when that part of the Anthem is sung .

Your argument for justifying such gross bad manners is that Aborigines have an old culture, rather than the Anthem’s “young” one, and that you are not or have never been “free”. What a crock of meretricious , shallow, unreflective posturing that ‘argument’ is. It suggests you have a complete incapacity to think for yourself.  How easily influenced and distracted you must be by the shallow attitudinising which passes for political discussion in mainstream and social media — and in the grievance subculture for which you have just made yourself the latest look-at-me poster child. A big, strong men you are without a doubt, yet so easily led and instructed by others.

Aborigines are an ancient people. But so are Britons and Greeks and Indians and many others who make up the Australian nation. Advance Australia Fair is a National Anthem. It is not a racial, ethnic or a tribal anthem. There are about 150 nations in the modern world, or so I counted when I last looked at the FIFA World Cup standings. Australia is no longer among the youngest but it was when the Commonwealth came in to existence and when the Anthem was compose. When we speak of the Australian people we are using that expression to identify those who live within it and who owe it loyalty and obligation, wherever they or their ancestors came from or, in your case, however long most of your forebears have lived here.

You may have grown confused by listening to those who want us to have a “treaty” between different kinds of Australians. They like to talk of Aboriginal peoples or “First Nations”. Despite the necessary use of the plural, they think that once the concept of “a people” is invoked all must defer to it, even when based squarely on racial profile.  As I put it in a recent Quadrant essay while addressing the Uluru Statement.

Aboriginal inhabitants of this continent were manifestly never part of a nation, as that word is understood in our language. After 230 years of settlement we still have no catalogue of these putative Aboriginal nations; no map delineating their boundaries; no specification of the criteria as to how one would qualify for “citizenship” in any such nation; and certainly no “constitution” for one. It seems clear to me that an Aboriginal “nation” would not be a strictly geographical entity, and that this must entail nationhood being interpreted in a racial sub-group sense instead.

Do you really want race to be a determinant of nationality, Cody? Did you and your mates think this through before last night’s ready-for-our-close-up grandstanding?

The nation in which the Australian people of all kinds live boasts political, legal, educational and economic infrastuctures of unimaginable complexity such as to facilitate astonishingly well-paid, well-nourished and much-feted athlete-celebrities whose physical prowess we celebrate, as was the case once more last night in millions of living rooms, pub bars and sports clubs. The sacrifices and hard work and patriotism which created a nation of such complexity and cohesion should be celebrated, surely, by all right-thinking Australians on such occasions? Yet all you can do is stand there and hog the spotlight of your empty, divisive gesture, the basis of which cannot withstand a moment’s scrutiny. How shameful for you and all others who rejected the very idea of Australia with that appalling silence .

You object also to the “free” part of the lyric as well? Well, Cody, freedom is a relative notion. In Australia, as in most former British colonies, our freedoms are grounded in the common law. They are essentially residual — that is, we are free to say and do what we want to do after we have done (or not done) what the law says we must (or must not). In this country, it is not to be found in a Bill of Rights or a Declaration of Independence or, with a few exceptions, expressed and implied, in our Constitution, yet  it allows us to live and speak remarkably free of constraint . You can choose to sing or not sing. I can say what I think about your choice. Neither of us suffer any legal penalties for that. When you can’t even bring yourself to mumble the word ‘free’, against  which nation’s standard are you comparing our own liberties? I am sorry to say I do not expect any explanation to be forthcoming, not from you or your mute teammates, and certainly not from the political or media types who encouraged you to make an exhibition of yourself. The caravan will simply move on to the next politically correct charade and its inevitable, attention-grabbing protests. You’ve had your 15 minutes.

The sad truth is that you could have made a meaningful and poignant point by singing the Anthem by refusing to use that particular word, free, on account of what has just happened to your Islander colleague in the other code, Israel Folau. Why wasn’t the issue of the denial of Izzy’s religious freedom the object of your grievance? Instead you drew attention to yourself at last night’s huge public event for  phony imagined grievances.

No answer, Cody? Your silence speaks volumes, most tellingly about yourself.

Another Load of ‘Emu’ Droppings