A Curt ‘Thank You, Now Get Lost’ 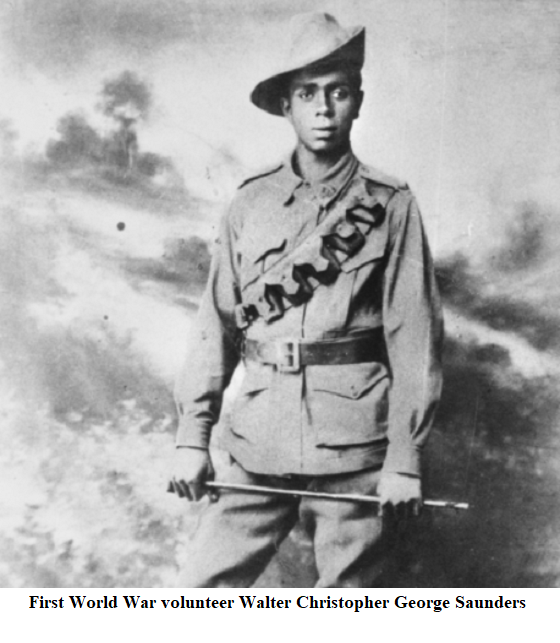 The wheels of the defence bureaucracy grind exceeding slow, as we all know.  In response to many letters and emails regarding the proposed desecration of the Australian War Memorial, I finally received a response to my October 4 letter to the Chief of Navy, VADM Mark Hammond AM.

I was grateful to get even this, as it is only the second acknowledgement I have received from any of the Memorial Council member or members of Parliament to whom I wrote on this matter.  But that’s about the best of it. The response was actually written by Admiral Hammond’s staff officer, Commander Jorge McKee CSM.

Below is my reply, but I must first note that I was somewhat miffed at the style of his letter.  Let me explain.  In the Army there is a discipline called Staff Duties. It covers, inter alia, the protocols around letter writing.  My letter was an official letter to Admiral Hammond – I addressed him by his full rank and name and signed the letter similarly.  His reply should also have been an official letter and, indeed, it is so stamped at the top and bottom.  However, Commander McKee’s salutation was a handwritten ‘Dear Peter’.  This makes it, if I remember correctly, what is termed a demi-official letter.  This might seem a small nit-picking point but what it told me is that I was not deemed sufficiently important to receive an official response from the great man himself.  That offended me, which might explain the somewhat acerbic nature of my response below:

Dear Admiral Hammond,
On 4th October I wrote to you expressing my concern that The Australian War Memorial Council chair, Dr Brendan Nelson, revealed the Memorial’s governing council had decided they would have a “much broader, a much deeper depiction and presentation of the violence committed against Indigenous people, initially by British, then by pastoralists, then by police, and then by Aboriginal militia”.

On 20th October I received a reply from your Staff Officer, Commander McKee, in which he advised me that you had asked him to pass on your thanks for my letter.  That appears to be the sum total of your response to my concern.

Commander McKee told me that he was confident that I would appreciate ‘that there will be a wide range of views on this subject throughout the serving, former serving, and general community’.  His confidence in this was not misplaced.  I do recognize there will be different opinions, however, that does not mean that I accept that all of these views are of equal merit.

Commander McKee also attempted to reassure me that it is his ‘expectation that these views will be communicated to and considered by all of the members of the Australian War Memorial Council’.  With all respect to Commander McKee, I have to say that his expectations are of no interest to me whatsoever.

What is of interest to me is how you, as an ex-officio member of the Council, can reconcile depictions of ‘violence committed against Indigenous people’ with the charter of the Memorial which essentially is:

(i)  on or as a result of active service; or

(ii)  as a result of any war or warlike operations in which Australians have been on active service;

I would be grateful for your substantive response to this question.

You might wonder why I am so worked up about this issue.  It’s not just about the War Memorial, important though that is.  It is about the ‘aboriginification’ (for want of a better word) of every aspect of our society.

We see it in the display of the Aboriginal flag outside every public building in the land, in the constant welcomes to country, the acknowledgements of traditional owners and elders and so on ad nauseam.

Our nation, a British nation based upon British traditions and institutions, owes nothing whatsoever to indigenous or Aboriginal tradition or heritage.  Yet it is being brown-washed with a superficial ochre-tinged veneer of wokeness and virtue signalling.

An article by Noel Pearson in last Weekend Australian exemplifies this vacuous thinking.  Here are three extracts from that article with my reaction:

“Until the First Peoples are afforded our rightful place, we are a nation missing its most vital heart.”

Absolute tosh.  What is their ‘rightful place’ other than citizens equal in opportunity to all others?  Which they are already.  And in what way are ‘first nations people’ the vital heart of our nation, i.e, an entity without which we could not survive?

“A Yes vote in the voice referendum will guarantee that Indigenous peoples will always have a say in laws and policies made about us. It will afford our people our rightful place in the constitutional compact. This constitutional partnership will empower us to work together towards better policies and practical outcomes for Indigenous communities.”

Absolute tosh.  The ‘constitutional partnership’ is between distinct political entities — the Commonwealth government and the state governments.  It is nothing more than a power-sharing agreement and a rule book for the Commonwealth Parliament. And if Aboriginal people find having special laws made to benefit them objectionable, why not campaign for the abolition of Section 51 (xxvi)?

“Mutual recognition will enable us to acknowledge three stories: the ancient Indigenous heritage that is Australia’s foundation; the British institutions built upon it; and the adorning gift of multicultural migration.”

A Curt ‘Thank You, Now Get Lost’