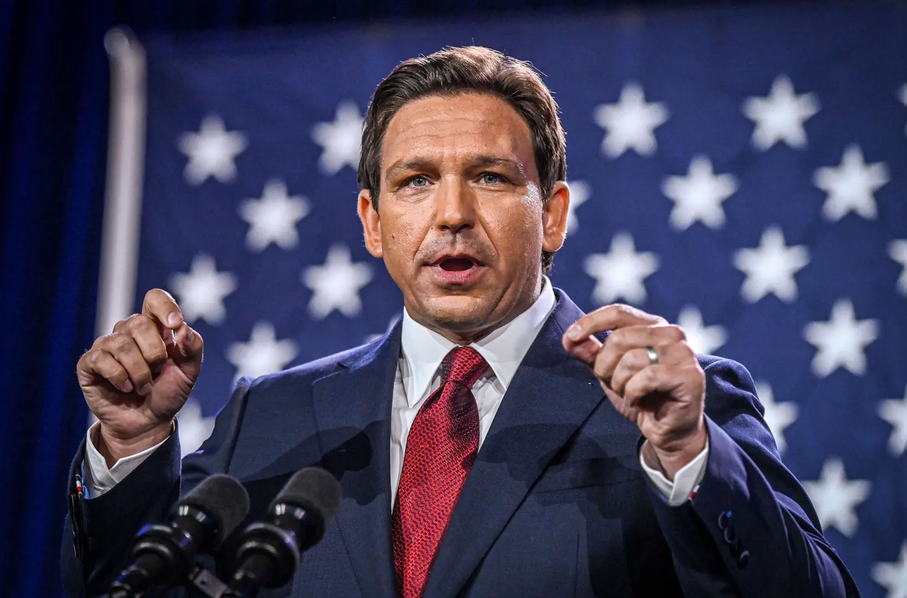 November 9: Yesterday, over breakfast with an America ex-colleague from long ago,  she noted with a smile that the omens were in alignment with the polls. Election day would see the Democrats gutted — there could be no doubt about it, with even a spectacular ‘red moon’ to match the anticipated red wave that was to sweep the GOP to undisputed control of House and Senate.

Well there are losers, two in particular. The first and most immediate casualty is the poling industry, which has added another entry to its unblemished record of recent failures. Who now can take their findings with anything but a grain of salt?

The other big loser is Donald Trump, who appeared on no ballot but was everywhere all the same. Some of the candidates he backed got up — JD Vance in Ohio, for instance — but many not only failed to get their predicted 50+ per cent, they trailed dismally. Consider Pennsylvania (more on the Keystone State below), where Trump pick Mehmet Oz went down to John Fetterman (pictured below) and his pick for governor, the ardent Trumpist Doug Mastriano, was not merely beaten but thrashed.

The one bright spot for Republicans is Florida, where governor Ron DeSantis (atop this page) turned the state red from the Keys to the Georgia border. And what did Trump do just 24 hours before DeSantis delivered Republicans their one and only cheerful result? He not only derided the all-conquering Floridian as ‘Ron DeSanctimonious’ — a poor gag, well below his usual acerbic standard — but also let it be known that he has a voluminous dirt file on the man likely to be his chief rival in the presidential 2024 primaries. In short, he hasn’t done his presidential hopes any favours. Take John Hinderaker’s analysis at the Power Line blog:

At this point, Trump is a giant anvil around the neck of the Republican Party. In many areas, likely most, he is absolute poison. To be associated with Trump is to lose. Pretty much everything he has done in the last two years has been not just ill-advised but massively destructive to the Republican Party and to the United States. He has teased a “big announcement” in the next few days. I hope he announces that he is moving to Bulgaria.

That ‘big announcement’ was supposed to be his official declaration that he is entering the hunt for the Oval Office, the timing intended make the election of his candidates and Republican victories a mere overture to his self-coronation as the king of all the contenders. One guesses Trump will now reconsider his timing, although being Trump there are no guarantees.

True, the House will fall narrowly to Republicans, while the Senate, although it would be a skin-of-the-teeth thing, could still see the GOP end up in control, that result depending on the results of slow-counting Nevada and Arizona in particular. Even so, Biden can boast that the electorate’s defiance of history — midterms are notorious for the wallopings they administer to the party occupying the White House — is an endorsement of sorts. 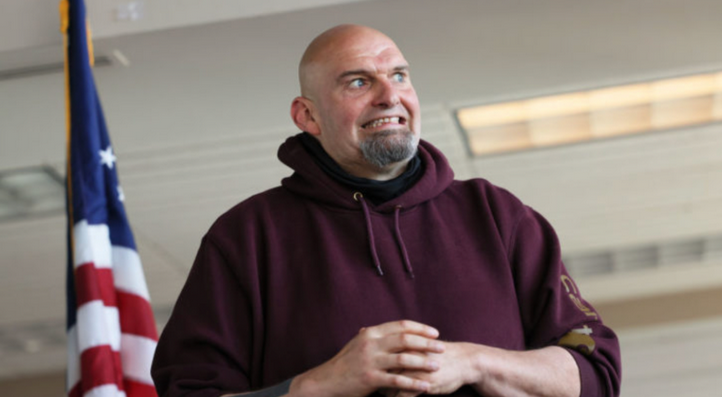 November 8: All told, with the exception of 2020, when COVID was the scourge and I wasn’t allowed out of the country (and in Victoria, no more than 5km from the front gate), I haven’t missed a US election, presidential or midterm, since Jimmy Carter had Ronald Reagan breathing down his neck. Thing is, they keep getting more weird and the one that will be decided tonight  — or perhaps tomorrow or the day after, as Joe Biden has warned — has so far been the strangest of them all.

This blog will updated as the night and the count continues

Where to start? Pittsburgh in the distant west of Pennsylvania is as good a place as any, especially its satellite town of Braddock, which was billed as the greatest argument in favour of voters elevating Democrat John Fetterman (above) from state lieutenant governor to US Senator. As mayor he turned the Rust Belt relic around, or so the narrative went, restored vibrancy and optimism to a city that had lost its industrial base and would forever revere the implemented vision of his bold and daring leadership.

So I drove there to have a look and was reminded yet again of politicians and their spinners demanding voters believe them rather than their lyin’ eyes. A large, bald, tattooed lump of a man who is in the process of recovering from a May stroke, if Fetterman brought Braddock back from the brink, well he didn’t drag it more than a few mere inches. Empty shops, cracked pavements, streets poxed with potholes, shuffling bums, uncollected trash — it’s all there and worse besides. When I paused my unguided stroll about what passes for the town centre to enjoy the late-spring sun and a smoke on a bus stop bench, three locals hit me up for cigarettes. Three in the time it took to reduce a Camel to ash and butt. That so many are on the bum suggests a town going nowhere but down.

What then is the basis for the claim that Braddock is a showpiece example of what Fetterman aims to do for America as a whole? I looked and walked and looked some more before the truth dawned: it’s the vibe, man. All around town their are murals and art works, some by schoolkids 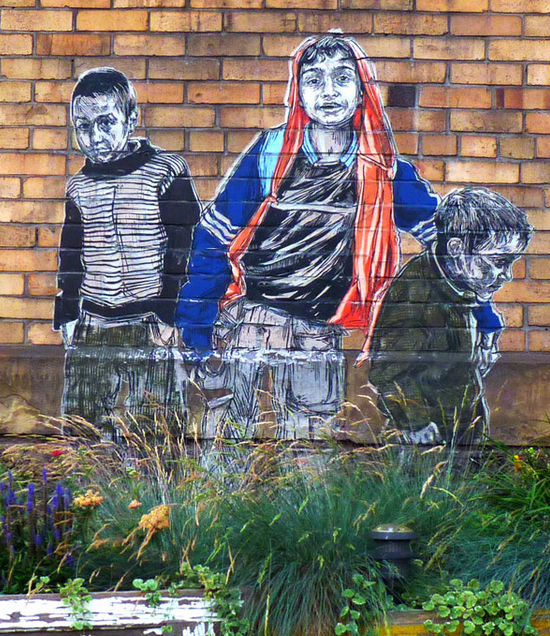 others the work of professional artists, with joyful, upbeat themes. Suddenly I felt almost as if I were  back in Melbourne, where the city fathers and mothers presiding over a CBD in decline reference laneway grafitti as proof that all is well. It isn’t at home and most definitely isn’t in Braddock, where a lick of paint (right) and a smile can’t hide the truth.

Pennsylvania is key, one of several, to Republican hopes of recapturing the Senate, currently tied 50-50, with Vice-President Kamala Harris’ vote the deadlock-breaker. If the GOP candidate, TV doctor and fixture on Oprah, Mehmet Oz gets up, Republicans will likely have their majority and it will be a very, very different Washington, which also explains the sheer venom in the candidates’ competing ads.

Oz, according to Fetterman, is a quack who has grown rich gulling the little people. The return volleys paint the Democrat as a rabid socialist who would empty the jails, legalise drugs, shun the police, and back teachers and school boards against the best interests of children and their parents wishes. As memories of the Coalition’s infuriating ‘there’s a hole in the budget, dear Labor’ mercifully fade, both Republican and Democrat spots set a new standard for attack ads.

Describing your rival as the spawn of Satan is standard operation procedure, of course, but in this instance there are very big questions surrounding Fetterman’s post-stroke capacity to do the Senate job he wants. That became apparent when, finally and after some one million early votes had been lodged, he finally agreed to debate Oz. It wasn’t a pretty spectacle. Fetterman stumbled often, found himself lost for words and, rather unconvincingly, attempted in a stuttered sentence marked by painful pauses and syntactical confusion to insist his former opposition to frakking was no more.

In this he has received no help whatsoever from Joe Biden, who has twice in the past few days announced his delight that fossil fuels will soon be left in the ground as America and the world switch to wind and solar. His first vow to kill off reliable energy sources was walked back by his White House handlers — ‘apologists’ would be a better term these days — who insisted his remarks had been somehow ‘twisted’. But when they let him out again, he said it all over again, this time with even greater conviction. Is it any wonder the Democrats are trotting out Biden only in places like New York City, which backed Hillary Clinton to the tune of 92% in 2016, and would vote for a trained seal if it wore a blue coat. The hard stumping in battleground states and cities has fallen to Obama and Bill Clinton who, unlike the incumbent, at least know what not to say in states where coal and gas have been mainstays of the local economies.

The latest Pennsylvania polls have Oz and Fetterman tied, but those numbers don’t take into account the vast number of early votes out of deeply Democrat Philadelphia. Factor them in, salt with the inevitable ballot-stuffing, and you have a recipe for Fetterman to emerge the eventual winner. Perhaps I’m wrong. We shall see, no doubt later than sooner. The clip below doesn’t inspire confidence.

🚨What the heck is going on? 🧐 pic.twitter.com/dQLiHNcZM4

Regardless of voters’ sympathies, be they red or blue, there can be no argument the rival parties began their respective campaigns with radically different appraisals of what voters wanted to hear. In the Democrats’ case, they made the mistake of believing the rest of the nation shares their fixations, especially in regard to Donald Trump. Convinced that their fellow countrymen despise him as much they do, they adopted a two-prong strategy.

On Capitol Hill, there were the January 6 hearings which generated months of anti-Trump memes — hardly surprising given that all but two panelists are Democrats hand-picked for their vehemence by Speaker Nancy Pelosi. As for the two Republicans, both were Never Trumpers, GOP blueblood Liz Cheney being the better known. The drubbing she received in her Wyoming primary should have clued wiser heads that Trump isn’t and never would be the issue; attempting to frame the election as a referendum on Orange Man Bad wouldn’t succeed and hasn’t.

The second line of attack was to build on the first by backing with Democratic campaign funds GOP candidates perceived to be hard-line Trumpists. Yes, hard to believe, butthat is what the Democrats actually did, running ads that attacked more moderate candidates in the belief that the Trumpists would be easier to beat today.

One of those primary candidates enjoying Democratic support was Arizona gubernatorial contender Kari Lake (below), who is favoured to win the state — electoral fraud and incompetence notwithstanding. The best laid plans, as they say. Below, Lake hours ago noting that problems with voting machines are appearing in red districts while everything is going smoothly in the blue zones.

When Whatever it Takes isn’t Working