US Midterms: Here Come the Republicans 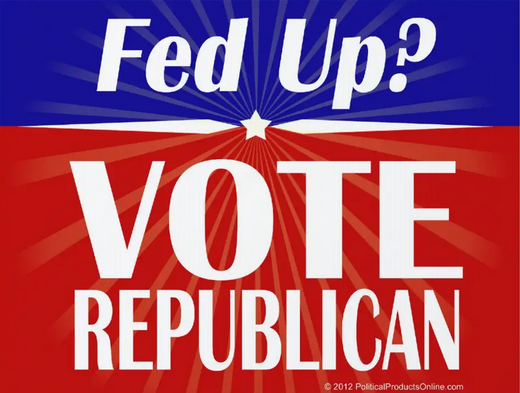 Not long before I made the mistake last week of entrusting life and baggage to Philippine Airlines’ midweek flight from Melbourne to New York, a leftoid friend, one who pays far too much heed to the ABC, warned me that conservatives’ hope of the GOP sweeping both the House and Senate was likely to be dashed.

‘Well, yes, there’s always the possibility of massive electoral fraud, like in 2020,” I replied, all the while anticipating a heaved sigh of exasperation at my refusal to accept the absurdity of more Americans having voted for a dim and declining dodderer, a nailed plagiarist and serial fabulist, than for any other presidential candidate in American history. But that wasn’t what he meant.

“Abortion,” he said, “that will be the decider.”

A little knowledge is a dangerous thing, as they say, and skerricks of alleged insight gained from the mainstream media’s narratives can only further cloud the perceptions of those whose left eye is pressed to a faulty telescope on the wrong side of the Pacific. Still, as one of those folks who rate the ABC Australia’s “most trusted” news source, you can understand why my friend labours under the abortion misconception.

Thing is, the ABC seems only ever to seek the perspectives of donors to the Democratic Party. Take this report, for example, selected at random from the national broadcaster’s archives after a site search on ‘Trump’. Both of the quoted people, documentarian Nick Quested and Stephen Vladeck, are donors, as can be easily easily established by consulting the OpenSecrets.org website, which catalogues who gives what to whom and how much.

Likewise with this report, in which a certain Mark Graber, a Maryland law professor, has this to say of Trump and Republicans: “[It] may be that the Trump wing of the Republican party is starting to lose some steam … This will help a whole lot in removing Donald Trump from the American political scene. But it’s likely to be a very slow removal.”

Professor Graber — surprise! surprise! — is yet another leftist who puts his money where his heart is.

The Trump administration’s newly appointed Postmaster General Louis DeJoy is a major Republican donor and a close ally of Trump.

Why bother noting any of this? That the ABC is a closed shop of Labor/Greens publicists is both well known and beyond dispute, so old news, right? The reason is that there will be a lot more twisted, one-sided and, quite frankly, deliberately misleading commentary in the weeks to come. This is because — and you read it here first — the Democrats are about to endure what could well be their biggest midterm election losses ever. House, Senate and state governors’ races, the polls all say the GOP will romp, with even a basketcase Blue state such as New York now said to be within a few points of surrendering the Governor’s Mansion in upstate Albany to the Republican contender.

Crime, inflation, open borders, home heating bills and petrol prices that are almost as high as those in Australia, these are the topics foremost in American minds. And abortion? Contrary to my bolshie mate’s expectation, that is a no-sum gain: those who regard termination of pregnancies as something akin to a secular sacrament are already in the Democrat camp, meaning potential gains are minimal. Of much greater offense to many has been Joe Biden’s recent promise to forgive student loans, a panic move announced by the White House as poll numbers began to slide. This I take as a personal affront, having squandered some $300,000 on my son’s four-year college education, all of which had been saved over the previous 20 years in a dedicated fund. No cash back for me, but a generation X or Z kid likely to vote Democrat gets a free ride on the American taxpayer. Going by conversations other than those concerning the World Series last night at a bar here in Hartford, Connecticut, I’m not the only one who is more than considerably miffed.

This is where the post-election lies will pour from mainstream media’s spigot, the developing meme being that, somehow, Republicans have the election rigged and their victory will, therefore, be illegitimate. Hillary Clinton has just said as much about the midterms, now just 13 days away, and the 2024 presidential election as well. This is as rich as rich can be, of course, as it was the same Mrs Clinton and her team who insisted through four years of no evidence whatsoever that Vladimir Putin was Donald Trump’s puppetmaster.

That was yesteryear’s lie. Stay tuned, there are more and bigger to come, all to be parroted with unfaltering fidelity by mass media outlets that no longer quite seem to grasp the meaning of the word ‘shame’.

Roger Franklin is in the US to inspect his baby grandaughter, his first grandchild, and observe American democracy in action. The next stop, Braddock, Pennsylvania, and one of the most curious Senate contests you can image

12 thoughts on “US Midterms: Here Come the Republicans”

US Midterms: Here Come the Republicans

The Red Wave That Wasn’t