The Voice of a Self-Interested Elite 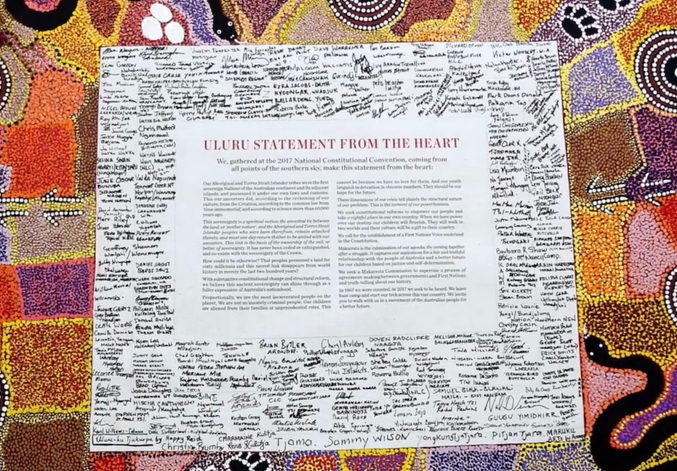 I am not Aboriginal, though I have worked for the last six years in a related social policy industry in NSW that has significant interface with Aboriginal community issues. I only say this to introduce my perspective, not to qualify me for a right to have an opinion on the Voice. While the wokeist Left may require black, brown or beige skin as a prerequisite, the constitutional reality, of course, is that every one of us will eventually have an equal opportunity to lodge our opinion on this issue.

The Voice to Parliament is a racist, divisive intervention into the Australian social fabric, and the Liberal Party is uniquely positioned to take a strong counter-position to this idea.

The Voice’s main effect will be to create an elite ruling class of Aboriginal leaders that seeks to enslave the rest of the Aboriginal community to their opinions. It will serve to constrain and control, not to uplift and empower, a vulnerable section of our community. At its worst it will create a vote-bank of vulnerable people for political parties to exploit by trapping them in an ongoing dependency on everything from government handouts to government bailouts.

This is a pre-determined outcome because the rules of engagement with the Voice will be set well within the established federal government power structures. What this all means is that the Voice fundamentally doesn’t serve to further self-determination of Aboriginal people. In fact, it will have the opposite effect of working to serve the interests of those in power to keep the Aboriginal people firmly in their place.

Self-determination means empowering people to be part of making decisions that affect them. This can be better achieved by empowering leaders and communities to make decisions at a local level.

We already have a burgeoning Aboriginal community-controlled sector, plus Aboriginal businesses that receive government funding to provide a range of employment, health and social support services. These organisations can be expanded and supported to grow. At their best they are well-governed, exceed industry standards and provide employment and invaluable on-the-ground services to the community. Government can truly support the goal of self-determination by allowing these organisations to flourish and ‘own’ decisions that effect the communities they truly represent.

It is worth remembering that self-determination is also not something unique to indigenous people. The desire to be free is as old as Western liberal thought, a universal and natural state of being. It exists equally for disabled people, young people or the elderly. It exists for your local cricket club, country club, church or men’s shed. They all want to have ownership of the decisions that affect them and none of them require a distant Voice telling them what to do.

We’re counting on the Liberal Party to remember these beliefs and remember that it stands for the freedom of choice that means we can all individually be the master of our destinies, and not be told what to do or how to behave by powerful central authorities, whether that be by government or a Voice to government.

J.C. Cole is an economist based in Sydney

6 thoughts on “The Voice of a Self-Interested Elite”

The Needed and Overdue Farewell to Alms