The Woke Blackfacing of Our Common Tongue 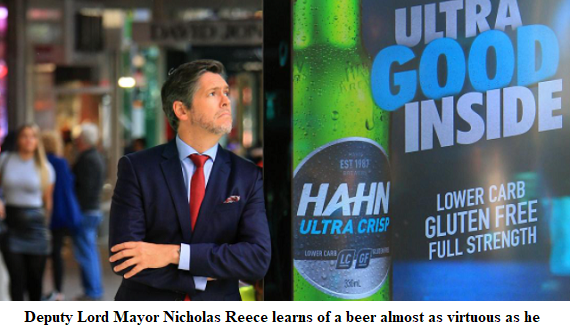 The deputy lord mayor of Melbourne, Nicholas Reece, wants everyone to learn “some Aboriginal language”.

“Wominjeka,” he announces brightly in a newspaper article – “It may still be an unfamiliar word to many Melburnians but for thousands of years it has been the common greeting of ‘Hello / Welcome’ for the Wurundjeri people, the traditional owners of Melbourne,” a place which Reece likes to call “Naarm”, oblivious to the fact that Naarm, if it is a genuine Aboriginal name, and there are so many ersatz ones around, could only refer to the site of Melbourne as it was in pre-colonial days. If you want to call it Naarm, logically you need to eliminate Melbourne, clear the site, an operation which may figure somewhere in the future aggressive strategies of expansionist Beijing but seems hardly a function of the city’s deputy lord mayor.

In real traditional Aboriginal life as it was lived, rather than the sanitised Disneyland version people like Reece imagine it was, the welcome would often have been much warmer, in the form of a shower of spears and boomerangs directed at the new arrival. But that doesn’t happen any more for one very important reason. Whether Reece and the army of white indigi-gaga activists like it or not, Australian Aborigines are now assimilated, some more than others, but assimilated none the less. The old argument of assimilation versus separation is no longer relevant. Assimilation is a fact. What Reece inaccurately calls “the oldest continuous culture in the world” (isn’t that the San bushmen of southern Africa?) is now more an anthropological study than a living culture. It survives as an identity marker among people who otherwise have a Westernised life in a Western culture, with mobile phones and vast television screens and baseball caps and all the other appurtenances of twenty-first century existence, even in remote settlements. You can see them every day on TV. These are the things that count, for Aborigines as for just about everyone else in Australian society, as the near universal possession of them demonstrates.

Suggesting we learn some “Aboriginal” is a big ask. For a start, which language? All of the 120 or so which according to Reece are still spoken? And to what end? Just so you can say “Wominjeka” to everyone you meet? What a burk you’d look doing that. One pictures Nicholas on the Town Hall steps nodding his head smilingly and saying “Wominjeka” to passers-by until people become wary and start to walk around him, the way you try and avoid a drunk in the train, some making a digital spiral gesture around the ear.

And what kind of response would you get, going up to a perfect stranger and saying “Wominjeka”? If your interlocutor understood you he might ask “Wominjeka to what?”, and if he was a self-respecting Aboriginal he’d be entitled to add, “If you mean to Australia, it’s as much my country as yours, mate.” In English too, because, even if Reece hasn’t noticed, Aborigines have already taken the initiative and learnt English. Look at the very names they use for their hierarchs – elders, aunties, uncles.

One of the reasons the Left hates history and attempts to rewrite or suppress it is because history shows that an “invaded” people can be assimilated into an “invading” one and create a richer society as a result. Australian Aborigines, according to leftists, were “invaded” – though if the relatively bloodless British settlement of Australia was an “invasion”, what would leftists have called a Japanese conquest in the Second World War, or a Chinese military occupation now? But so were the Anglo-Saxons in Britain invaded, and the consequent amalgamation of cultures gave us the nation that civilised much of the world, and the inheritance that leftists themselves now enjoy, and interminably criticise or try to undermine, not, be it noted, because they are uncomfortable in it – if they were they could always leave – but to assuage some feeling of guilt of their own, probably for leading so privileged an existence. They are ingrates.

The same beneficial results of assimilation have demonstrably been accepted by the great majority of indigenous Australians. By the early twentieth century, relations between the two strands of Australian citizens had become generally untroubled. It is only since white (mainly) leftists, ever seeking to foment new grievances, took to exploiting the divisive potential of race, that assimilation has been equated with genocide.

It is the comfort and security of a stable society that allows people like Reece to dabble in Aboriginality. It wasn’t like that in the primitive society they extol. Indigenous life was hard and brutal in those supposedly arcadian days before British settlement, certainly much harder than putting an Aboriginal place name with your email address, which is often the extent of the average wokeist’s “identification” with our “first nations” – note the name lifted from the quite different racial politics of North America – or being able to recite an “acknowledgment of country” in fluent Woiwurrung, as Nicholas boasts in The Age of being able to do.

Foisting Aboriginal languages on Anglophone Australians is part of the now seemingly unstoppable campaign by the Left and its dupes in the ABC (with their useless “indigenous’ subtitles) and elsewhere to divide the nation racially. If they could they’d return it to pre-settlement conditions, with a Babel of warring tribes and not too much mutual “Wominjeka” among them. They could rename our nation “Abostralia”. Proponents of this regression should ask themselves in which culture they would prefer to live. The one they grew up in, or the older one as it was in the barbaric days before our nation as it is today was founded? And, if they are sincerely concerned about Aboriginal wellbeing, which one do they think present-day Aborigines would find healthier, safer and more fulfilling.

The Little-Used but Vital Word ‘Usufruct’

The Woke Blackfacing of Our Common Tongue