2025: A Year After the Voice Referendum Was Passed 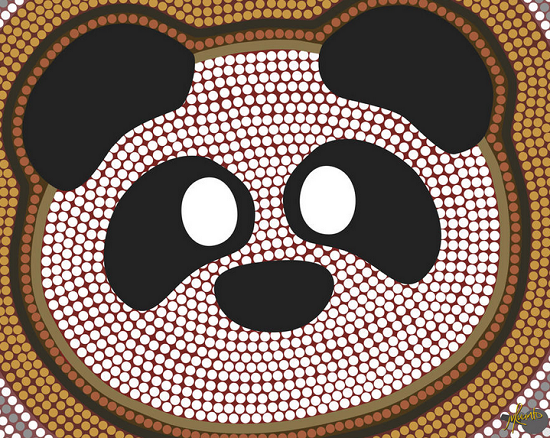 The news broke early on Australia Day 2025, with the Waanyi, Gangalidda, Lardil, Yangkaal, Gangalidda and Kaiadilt peoples from the Gulf of Carpentaria jointly announcing they had become the first indigenous ‘First Nations’ to sign up with China’s Belt & Road (B&R) initiative. Aboriginal elders stood proudly on the steps of the Old Parliament House in Canberra, alongside China’s Ambassador Xiao Qianto, to announce the ground-breaking alliance.

The signing came exactly one year to the day since The Voice Referendum passed in a landslide. A rousing version of ‘You’re The Voice’ performed jointly by Yothu Yindi and John Farnham had underpinned a successful national advertising campaign that resulted in an 80+ per cent YES vote. Australia Day had been subsequently moved a day forward by the Albanese Government, away from the increasingly contentious Invasion Day, and to commemorate The Voice vote.

Old Parliament House was by then the temporary home for “The Voice”, bursting at the seams with an ever-expanding staff of academics, lawyers and bureaucrats co-ordinating an ongoing ‘truth-telling’ process and engaged in treaty consultation with the Australian Government for hundreds of First Nations.

Meanwhile, a much larger permanent home for The Voice was being constructed on the shores of Lake Burley Griffin. The $A1.5 billion multi-storey edifice is being built on land resumed from the former Commonwealth Park at Regatta Point. This had necessitated the removal of the Captain James Cook Memorial and renaming of the nearby Captain Cook Fountain as the Eddie Mabo Jet.

The Aboriginal elders had made the long journey to Canberra, initially travelling by unsealed road to the remote Queensland towns of Doomadgee and Gununa, then by air after transferring to the twin-engine turboprop that flies the daily milk run between Mt. Isa and Cairns. The Gulf region they come from is sparsely settled, mainly flat and sandy forest country with poor soils and inhabited by vast herds of cattle. Employment opportunities are limited, with mainly white Australians employed in local service industries, including police, teaching, ambulance and nursing.

Dressed in a possum cloak, his face daubed with ochre, Waanyi elder Li Qiang (Larry) Lajagubangani announced the B&R initiative would bring an investment of $A175 million to assist with the mining and processing of diamond, zinc and rare earth minerals discovered on Native Title lands. Plans to exploit other mining and fracking opportunities in the Carpentaria Basin were also announced. This was to be expected as a recently successful High Court challenge by Maurice Blackburn Lawyers had expanded Native Title rights to include the commercial exploitation of mineral and fishing resources. Henceforth, access would be guaranteed to Chinese prawning fleets to harvest from the shallow Gulf coastal waters that bordered the Wellesley Islands and the Gulf mainland held in Exclusive Possession by the First Nations.

Representing the Waanyi Native Title Aboriginal Corporation (Waanyi NTAC), which holds native title on land and waters covering an area of 17,000 square kilometres north of Mt Isa in Queensland, Mr Lajagubangani stated that the new B&R investment represented a new era of hope for his people after the depredations of the settler invasion.

“Generally speaking, you can’t generate power from modern wind farms or build an electric vehicle without rare earths,” he said, while also revealing plans for a new fracking and leaching plant on the Albert River.

“Our strategy is to facilitate economic self-sufficiency, while enabling our people to live on traditional lands,” said Mr Lajagubangani, who traces his ancestry to a “full blood” Aboriginal woman named Tracie Lajagubangani, born in the early years of European settlement in the region, and her husband Fah Jong, a Chinese immigrant. The family is one of a number of quite prominent families in north-west Queensland descended from Aboriginal women who married Chinese men in the late 19th and early 20th centuries.

On its own web site, the Waanyi NTAC states that “The Waanyi people were hunters and gatherers. Men hunted while the women and children gathered edible plants.” Much of the land claimed by the Waanyi was previously occupied by the Nguburindi and Injilarija peoples. Large numbers of Waanyi people moved eastwards from the 1890s in search of European commodities such as tobacco, a secure food supply and to seek protection from the violence which characterized the period.

“I look forward to meeting with my counterpart, Australian Foreign Minister Penny Wong, to discuss our plans for construction of a joint naval and port facility with our Chinese BRI partners in the Gulf of Carpentaria,” added Mr Lajagubangani.

“As one nation to another, we expect a productive and close working relationship with the Australian government.”

Walter Waverley is the pseudonym of a Sydney journalist and businessman who prefers anonymity to grief from woke neighbours, friends and clients. This article includes fiction and some fact

14 thoughts on “2025: A Year After the Voice Referendum Was Passed”

The Enduring and Expanding Myth of Mabo