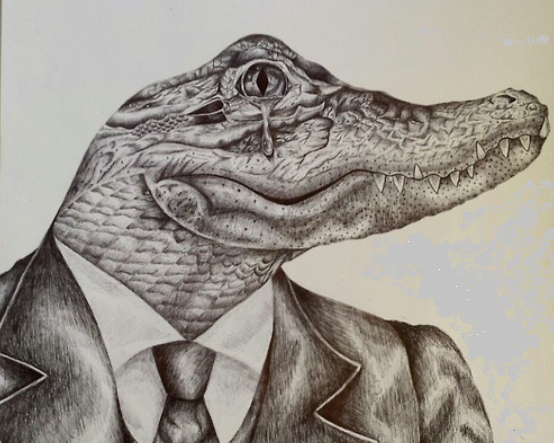 Prime Minister Anthony Albanese’s haste on a Voice referendum is starting to draw ire from all sides of the political fence. Yet most of the misgivings being aired – lack of bipartisanship will bring failure, speed will not carry the public along, insufficient thought will not produce the best outcomes – all rely on a fundamentally flawed premise. They assume the Labor Party genuinely wants an indigenous Voice to Parliament.

Labor strategists, on the other hand, must be deeply worried about how few political benefits this half-baked symbolism can deliver if it succeeds at the ballot box. Those strategists cannot fail to understand that short-term woke bragging rights will be outweighed by a much larger world of pain to come. They will be acutely conscious that, in the long run, a Voice is going to hurt Labor far more than the Coalition.

The most benign prospect for Labor of a Yes vote is that a Voice might give them permission to run with ideas that, unless seen to come from a designated Indigenous parliamentary body, would be deemed too controversial. A generous interpretation is that after being scared into total policy paralysis by the spectre of their green-left faction and the luvvie media branding them racists, the Voice would be a convenient way to deflect criticism and shunt responsibility for making difficult decisions to others. Of course, it would also prove that most politicians are now too cowardly to do their jobs, but that is not new information.

Meanwhile, the immense downside of a Yes vote has to be keeping the Prime Minister’s more astute colleagues awake at night. For this they have nobody to blame but themselves, having been backed into a corner by their own self-serving determination to quarantine certain matters along racial lines and to do so for political advantage. They would be fully aware that, at some point, things Labor has pigeonholed for decades as the ‘indigenous issues’ with which to bludgeon their opponents are suddenly going to matter to everybody. Then the bludgeon will be swiftly turned back on them.

Consider just one example as it might afflict energy policy. Most people want reliable and affordable electricity and expect government to ensure supply in any way it can. Like it or not, it is inevitable that there will come a time when Australia can no longer avoid seriously considering nuclear power. Uranium deposits in lands that are under native title, such as Jabiluka, are going to take on national significance.

The Labor Party will be praying to whatever deities they have that they are safely back in opposition by then. If not, they could easily find themselves forced to decide between riding roughshod over native title in order to keep the nation’s lights on, or upholding Indigenous rights at the expense of alienating huge swathes of voters. That mess would be hard enough to navigate as matters currently stand, but the existence of a Voice would elevate the political risks into the stratosphere.

Whatever criticisms it may merit, it is nevertheless hard to see a Voice assembly going along with an agenda that would see them wear the blame for letting the miners in and thereby eroding indigenous rights. Far more likely is loud opposition to any such agenda at every step of the way. True, Labor could and likely would attempt to pay a squillion-dollar ransom in return for Voice support, but even if Voice representatives were willing to sell out, this would still paint the government as, to put it politely , weak, hamstrung and unable to govern responsibly.

Even more terrifying for Labor is the prospect that electoral and economic reality could force them to blatantly disregard the very Voice that they once opportunistically championed. That would be a pragmatic decision. It would also see them labelled as staggering hypocrites who used indigenous tokenism to make themselves look good. Then, when push came to shove, subjugate the Voice and face howls of criticism for being just another racist face of the ‘oppressive white colonial system.’

There is vast and almost unlimited potential for a Voice to forever erode the impression of moral high ground  Labor has spent years cultivating, whereas the Coalition is far more likely to come out of such stoushes comparatively unscathed. After all, when you have not traded heavily on indigenous issues to gain moral credibility, you have much less to lose when you need to put the whole of the nation first.

Compare this debacle to the relative safety of there being no Voice. At present, Labor’s efforts to show off its ‘caring credentials’ are costing them nothing more than taxpayers’ money (which they have long believed is their absolute right to waste on do-nothing gestures).

If Australians say no to Voice, Labor can shrug and say that they fulfilled their promise. Then, they will keep posturing about how much integrity they have and how they care ever so much about Indigenous Australians. The Greens will help them out by blaming a No to the Voice on Australia’s apparently intense racism, and indigenous affairs will remain a convenient political weapon for the so-called progressives to deploy at will.

While some Labor types might genuinely be hoping for a Yes vote, the smarter ones will be banking on a quick and decisive No — a result they will be more than happy to bathe in a photogenic flood of crocodile tears.

Lillian Andrews holds a Bachelor of Laws. She has never been a member of a political party

18 thoughts on “Labor’s Haste on the Voice is Strategy, not Sincerity”

Writing Racism into the Constitution