The Little-Used but Vital Word ‘Usufruct’ 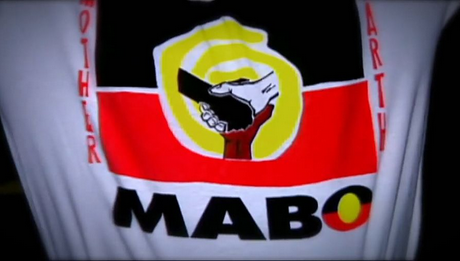 These days I am well and truly retired but I was once a professional valuer-educator. I had the good fortune to work with (and learn from) three of the most knowledgeable people in Australia in the field of land tenure. They were

♦ Mr Edward Lester Septimus (Sep) Hall, a solicitor retained by a large number of municipal and shire councils.  His firm Hall & Hall were regarded as the experts in local government.

♦ Dr John Murray, author of the standard text for valuation study and the book Valuation and the National Economy, and

♦ Mr Justice Rae Else-Mitchell, formerly Judge of the NSW Supreme Court, judge of the Land and Valuation Court, Commissioner of Inquiry into Land Tenures and later chairman of the Commonwealth Grants Commission. Among his many publications was the booklet Territorial Conquest – Phillip and Afterwards.

I give this long-winded introduction because I believe it necessary to indicate the concept I am about to introduce is more than just a whim or fancy. The High Court did an excellent job for the Meriam people of the tiny island of Mer (Murray Island), tucked away in the north-east area of the Torres Strait and nearer to New Guinea than Cape York.

To put a time-line onto the legal context, New South Wales was first claimed for the British Crown by James Cook in 1770 and only became a British colony in 1788. The land which is now Queensland was part of the British colony of New South Wales until it separated in 1859. The Islands of the Torres Strait were only annexed by Queensland in 1879. The British colony of Western Australia was settled in 1831 (but did not attain responsible government until 1890) and for the first time that part of the former continent of Sahul known as New Holland was consolidated under the British Crown. The five mainland colonies together with the colony of Tasmania negotiated with each other in the 1890s and finally decided on a Constitution which came into effect on January 1, 1901, creating the Commonwealth of Australia, The Commonwealth, however, was not totally free of British control until March 1986.

There are reputed to have been more than 350 tribes on the mainland of Australia and they differed from the islanders of the Torres Strait in language, lifestyle, beliefs and customs and use of the land. They are also believed to be of different genetic background.

Now to the point. The High Court found that the people of Mer were not nomadic but lived in settled villages, in permanent and semi-permanent houses, had laws of land tenure and cultivated the soil to produce food. They must have assumed that this was the case on Mer in 1879 but not on the mainland in 1770 or 1788 and that went to the root of their decision. They decided that Terra Nullius did not apply to Murray Island even though the term was not in use at that time. Some of the literature suggests that the term and its over-simplified meaning were introduced into the evidence by historian Henry Reynolds.

The case was against the Queensland government and the Commonwealth only involved itself because territorial waters could have become an issue. To my knowledge they offered no evidence and refuted nothing. As it turned out this inadequacy of counsel was to cost the Commonwealth of Australia dearly.

With no evidence offered and relying on their own knowledge and experience, the Justices (in my opinion wrongly) proceeded to discuss the mainland. They rightly used the expression “usufructory” which nobody seems to use or understand in their subsequent discussions of Native Title and the decisions in the Mabo (No2) case. They applied it only to the mainland, not Murray Island. In case you want to explore this central concept here is the Wikipedia definition of “usufruct”.

usufruct [ˈjuːzjʊfrʌkt] NOUN law: the right to enjoy the use and advantages of another’s property short of the destruction or waste of its substance.

ORIGIN, early 17th century: from medieval Latin usufructus, from Latin usus (et) fructus ‘use (and) enjoyment’, from usus ‘a use’ + fructus ‘fruit’.

From that definition you can see it was a legitimate legal concept in both 1770 and in 1788 whereas Terra Nullius was not coined until, as historian Andrew Fitzmaurice claimed,  “that territorium nullius was first used in a meeting of the Institut de Droit International in 1888 where the legal principles of the Berlin conference were discussed and that terra nullius was introduced twenty years later during legal disputes over the polar regions.”

It is much to be regretted that nobody has sought to prevent its current use being backdated to the 18th century and applied to the continental area of New Holland. The understanding of that time according to the renowned legal expert Blackstone at Blackstone (1857:125-6):

If an uninhabited country (and ‘uninhabited’ means uninhabited by civilized people) be discovered and planted by English subjects, all the laws then in being – which are the birthright of every subject – are immediately there in force. But this must be understood with many and very great restrictions. Such colonists carry with them only so much of the English law as is applicable to their situation and the conditions of the infant colony.

In the idiom of the 18th century, “civilised” meant they cultivate the land.

Now the High Court did not say the Aboriginal people of the mainland cultivated the land like the Torres Strait islanders did; they said they had a usufructory use of it. Now usufruct, as laid out above, is a right to enjoy and use the fruits of the lan that does not belong to them — the right to hunt and fish and gather. It is a right over land, it is not a right in the land.

Taking some definitions from the NSW Land Titles Registry,

So a usufruct right in law is more like a profit a prende than an easement, but neither is title to the land or a form of sovereignty.

The High Court Judges were unanimous in that the Meriam people of Murray Island had a form of native title in their land.  They were not unanimous, however, in the application of the Racial Discrimination Act 1975 which they eventually used to extend the same rights to the Aboriginal people of the mainland who followed totally different lifestyles, land use and traditions. It was this part of the judgment that lacked the necessary input by the Commonwealth and led to the subsequent legislation by the Keating government.

Any belief the Justices of the High Court held that this would unite the people and satiate the activists were short-lived and has led us to the current demands which if accepted would divide the nation and enshrine a form of apartheid into our Constitution.

It is to the Commonwealth government’s great discredit in the 30 years since the decision that no effort to educate the population on the above distinctions has been made, with schools and universities to perpetuate inaccurate information to the detriment of our multicultural character and the reputation of the heroes who facilitated our emergence into the comforts of the Industrial Age.

The Violent Politics of Australia Day